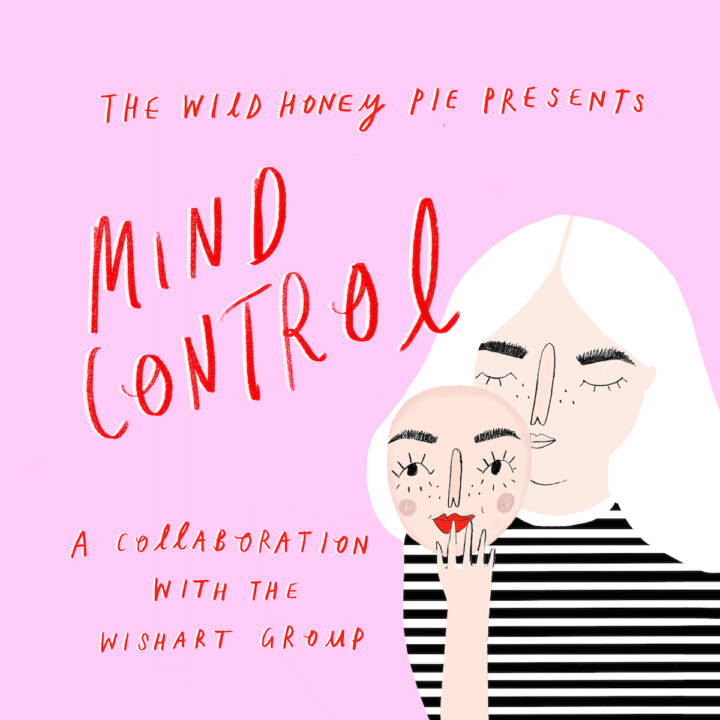 This playlist is dedicated to anyone who struggles with their mental health. These are songs that transport me back to my mania, depression, anxiety and most importantly, to hope for the future. If you need help, no matter the magnitude of your struggle, please talk to a professional and, if you are a musician, know that The Wishart Group is an nonprofit created to provide you with the support you need to thrive. Founded by Michael Angelakos of Passion Pit, they develop programs and services to better serve and promote the mental, physical and creative well-being of artists. The Wishart Group programs focus on mental health advocacy, research and science and tangible resources to offer musicians.

The stigma of mental illness weighs heavily on countless individuals and communities around the world. Here is my story, which I share to do my part to end the stigma:

Throughout my teenage years, I suffered from crippling anxiety. I figured it was stage freight that would go away as I reached milestones. Whether it be a performance or game, that the pit in my stomach would disappear and give way to a life without constant fear of the things I could not control. That I could control my mind and with it, take control of my life. Games would end and milestones would pass, though, and my anxiety only worsened. I was frequently physically ill from what was identified as an anxiety disorder, which my doctors tried to soothe with a mild dose of Lexapro.

As I finished up high school, some of my triggers had vanished and with them, so I thought would my struggle. As anyone who battles with anxiety knows, however, fears are just placeholders for one another. Once I got to college, I started to party and my anxiety found its counterpart in depression. These years were lonely, filled with alcohol abuse and extreme emotions. After struggling through my college years, I decided it was time to start seeing a psychiatrist again. After a few visits, I was diagnosed as bipolar II and put on mood stabilizers. Even with the meds, I had a tough time balancing my moods and found myself on the depressive side of the equation more often than not. This continued for years until I was told I had actually been misdiagnosed and was clinically depressed. For those who are unfamiliar with mental illnesses being misdiagnosed, basically everyone has their own horror story as it happens all the time.

I started on an antidepressant and felt as if I had been given the pill from Limitless. I had endless energy and was revved up like never before in my life. I was getting a wild amount of work done, putting countless hours into The Wild Honey Pie and thriving. The business was picking up and I felt truly invincible. Any time I felt the anxiety coming back, I would suck down a cigarette or pour myself into work. The medicine was making me feel bizarre, however, so I started cutting my pills and taking a smaller dose without the guidance of my doctor. I was hypomanic and taking advantage of everything that comes with it, but I was also quickly losing control. It came to light later that I had been misdiagnosed again, this time as depressed when I am actually bipolar I.

In 2015, with my hypomania out of control and very little sleep, I broke down. I had what is clinically known as a psychotic break and lost touch with reality. I had visions of cities burning through my window and heard voices encouraging self-harm. I had no idea what to do so I called my father in a panic and he rushed me to the hospital where I was given sedatives and transported in an ambulance to the psych ward of New York Presbyterian Hospital in White Plains.

At the hospital the first thing I was told by a fellow patient was that the FBI was after me so, completely convinced at the time, I spent the next months of my life in and out of the psych ward treating this one sentence as reality. My following months were filled with one delusion after another. I stopped listening to music because I thought there were apocalyptic messages hidden in the lyrics. I was convinced I had somehow caused the end of the world and was to be brutally tortured.

Months of my psychotic break and I was losing hope. I was meeting with doctors multiple times a week, but otherwise stayed in my room at my parent’s house only leaving when I could muster up the courage to drive around the town for hours at a time, inspecting my surroundings and trying to come to grips with my new reality. I had all but given up on ever being able to resume my life when I found Gould Farm, a therapeutic community in Massachusetts that promotes recovery for people with mental health and related challenges. This place changed my life in so many ways. I did physical labor, participated in group therapy, worked with a psychiatrist, took care of animals, sang songs in the morning with everyone and most importantly, I was able to meet other people who experienced psychotic breaks just as I had. It was as if a light bulb turned on and within weeks I was able to pack my bags and head home to Brooklyn with only a few lingering issues.

Recovery has been a journey; I continue to rebuild my life in many ways, rebuild my business, rebuild friendships, cope with my darkness, be more than strict about my meds and attend weekly therapy. I have found solace in my morning workouts and time with my dog, Buzz. I set limits on my workload and make sure our office culture embraces balance and openness about mental health. While mental health struggles are different from person to person, I hope there were aspects of my experience that give people strength and hope in whatever they are experiencing. If you think you need help, seek support and be persistent. Organizations like The Wishart Group and Gould Farm exist to make your life better, do not be afraid to use them. Special thanks to Holly Walsh for drawing up the cover for this playlist.