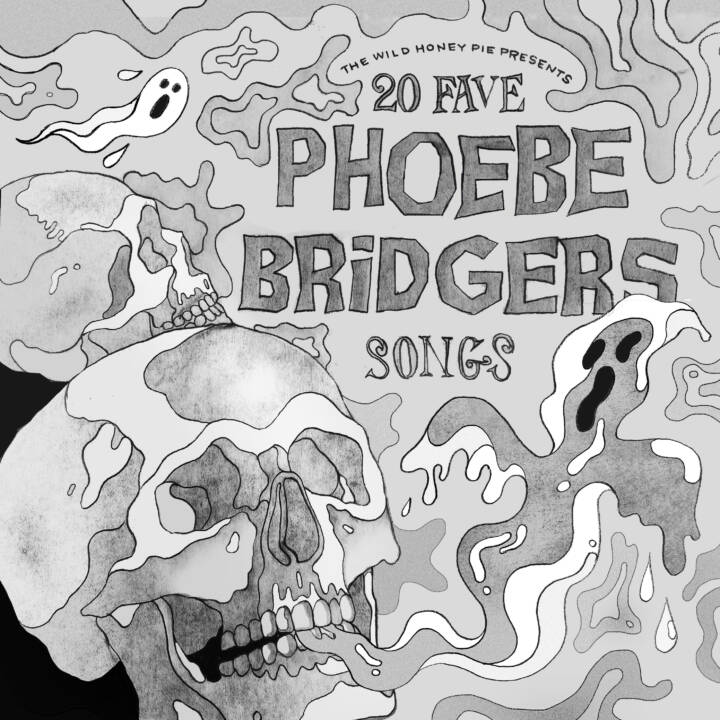 Phoebe Bridgers' ability to compose brutally honest lyrics tackling love, loneliness, friendship, sex, manipulation and death is devastating, and was already on full display with her first album Stranger in the Alps, released in the fall of 2017. She paired that linguistic talent with a gorgeous and varied vocal delivery, ranging from the delicate float of “Smoke Signals” and “Chelsea,” to the heart-wrenching belt in the coda of “Georgia." Truly, a debut for the ages.

A large part in the story of Phoebe Bridgers’ career thus far has been her collaborations. She followed up Stranger in the Alps by forming the supergroup boygenius with beloved indie songwriters Julien Baker and Lucy Dacus and releasing a beautiful harmony-laden eponymous EP in 2018. She subsequently teamed up with emo-indie icon Conor Oberst to form Better Oblivion Community Center, and they released their self-titled album in 2019. In both of these bands, Bridgers worked with songwriters who are iconic and recognizable in their own right and somehow synthesized a unique sound that pulls from the best aspects of each artist’s individual style.

Phoebe returned with her breathtaking second solo album, Punisher, in the summer of 2020, further solidifying her status as a songwriting force. On this album, Bridgers confidently flows between genres and styles, from the eerie “Garden Song,” to the rocking “ICU,” to the country-bluegrass-inspired “Graceland Too." The first time I listened through, driving home from work, there were tears in my eyes during the climactic finale, “I Know The End”; I’m sure that experience was not unique.

A great song has the ability to add depth to the way you think about and understand the world. There can be a lyric or a melody that captures a nuance about being a human, being alive, which is so accurate and truthful that it clarifies the abstract thoughts that have collected in your brain through lived experience. It’s magical to find an artist who accomplishes that with one song in their career. It was very, very difficult to narrow this list down to my favorite 20 times Phoebe Bridgers has done this so far.

So here are the top 20 Phoebe Bridgers songs. Hop into your skeleton jumpsuit and make sure you’re not standing next to someone you’d be embarrassed to cry in front of.

Words by Emerson Obus. Special thanks to Andrew Colin Beck for this incredible cover.