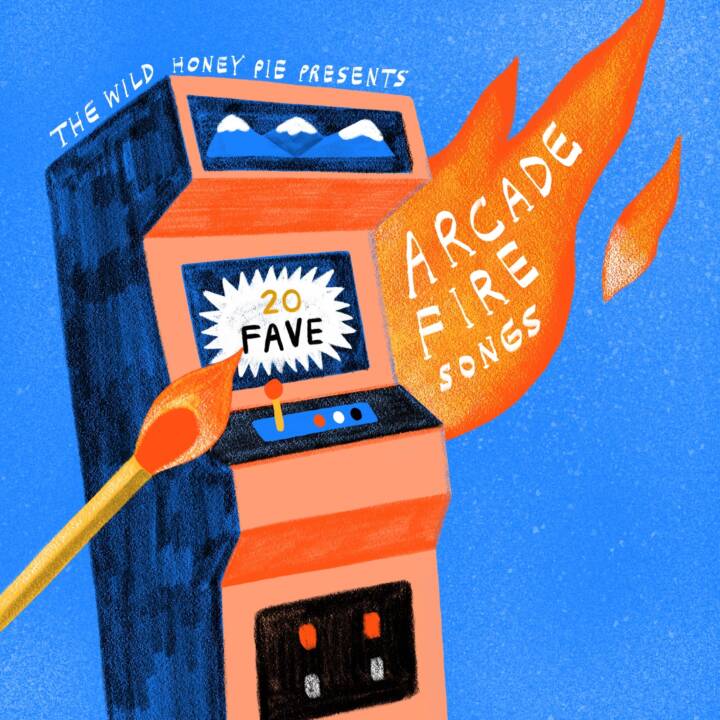 I remember having to ask the diner waitress for a pen so I could scribble the lyrics on a napkin. "Move your feet from hot pavement and into the grass," I wrote. As one might expect from a thirteen-year-old internet sleuth, I found The Suburbs' title track first thing when I got home that evening. Arcade Fire quickly imprinted me with a sense of belonging to a home I'd never visited, a time I didn't live through and a future that I didn't know how to reach for.

From the rich ceremonial gestures that define Funeral to the disco renaissance that is Everything Now, their discography consistently proves a talent for innovating nostalgia. Their contribution to the budding world of indie-rock even invited the appreciation of David Bowie, which both artists monumentalized in a collaborative performance. Simply put, Arcade Fire sings about life itself in a way that does justice to its very complicated emotional twists and turns.

Special thanks to Zet Gold for this incredible cover art.