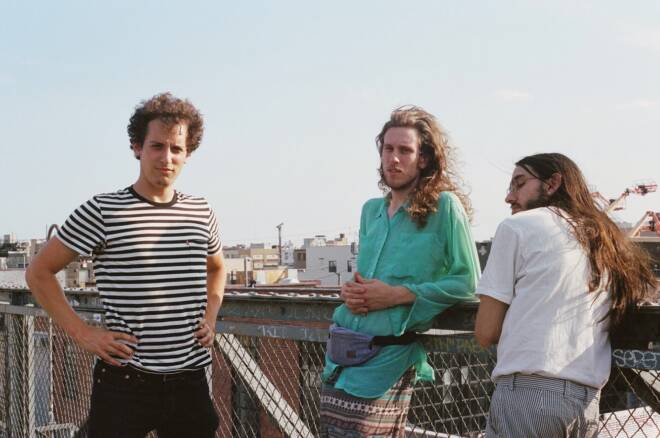 Ackerman - A Day At The Beach

Ackerman’s “A Day at the Beach” follows “84 Palms,” their first trippy, Animal Collective-inspired single from their upcoming EP, A Million Sunflowers, due out November 1. The Brooklyn trio started out as the solo USB-microphone recording project of singer Jordan McAfee-Hahn, but the “yummy collaborative effort” has evolved to include over a dozen members. That sort of sprawl is present in everything they touch—“A Day at the Beach” is a six-minute song, more than half of which is instrumental, taking its sweet time with an echoing guitar solo. On “A Day at the Beach,” the band concerns itself primarily with the feeling they evoke. When Bernardo Ochoa sings the opening lyrics, “Come sink / To the sea / It’s so sweet,” he sounds like a siren, beckoning the listener to join him, to float endlessly away. In the lead-up to the release of “A Day at the Beach,” Ackerman has been teasing the song with photographs of band members on beaches, accompanied by the song’s other terse lyrics: “The sun / Over me / And the beach,” or “My toes / Are sandy, yeah.” Sprawling, moody, and self-aware. 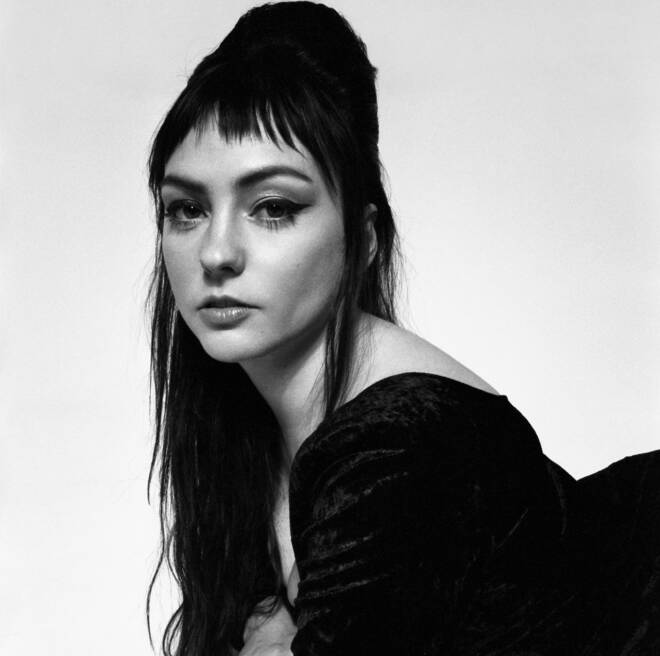 Angel Olsen wrestles with the past and tries to locate some level of clarity in her recently released track “Lark," the second single off her forthcoming record Full Mirrors. Olsen paints a poignant picture of trying to navigate the idea that change is actually not something to run from but to accept and understand in order to push you toward who you’re meant to be. Her singular, concise voice flows through the fragmented arrangements focusing in on more tender, intimate moments before exploding alongside a set of complementary strings. The six-minute and eighteen-second offering acts as an anthem of self-realization, where Olsen decides that you can’t compromise what you want in order to please someone who only loves a certain version of you. She progressively radiates a darker tone as she makes her dynamic stance, “You say you love every single part / What about my dreams? / What about my heart? / Trouble from the start / Trouble with the heart.” As the heightened instrumentations slowly scale down, Olsen departs from the idea that her goals aren’t worthy enough to pursue and recognizes that the only way to move forward is to be true to herself. Full Mirrors is officially out on October 4 via Jagjaguwar. 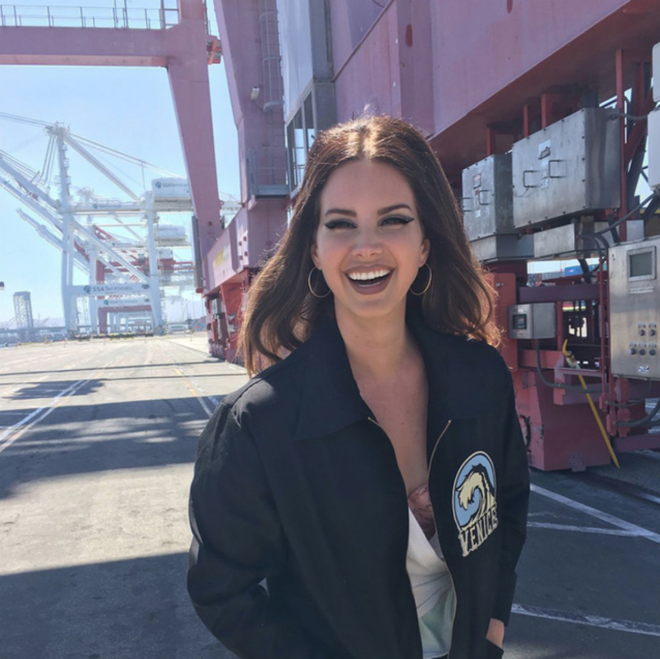 Lana Del Rey released her sixth album Norman Fucking Rockwell! at the end of August via Interscope Records and has once again proven herself to be an insightful, eloquent songwriter. Del Rey offers up her unapologetic observations on love, the maze that is human emotion and the communication breakdown that everyone seems to have on a daily basis. One track in particular that grabs your attention is “Cinnamon Girl”, which details the cycle of a caring, but unhealthy relationship. The delicate piano kicks things off and softly rings as Lana’s melodic, longing voice begins to build before you’re engulfed in pools of light, cinematic layers of synth. She poignantly recaps her desire to connect, “All the pills that you did / Violet, blue, green, red to keep me / At arm's length don't work / You try to push me out / But I just find my way back in.” As the song comes to an end, we get a dose of swirling instrumentation—leaving room to conclude that maybe Del Rey has found some sort of closure. There’s no sugarcoating or beating around the bush, which is a consistent element of the album as a whole. 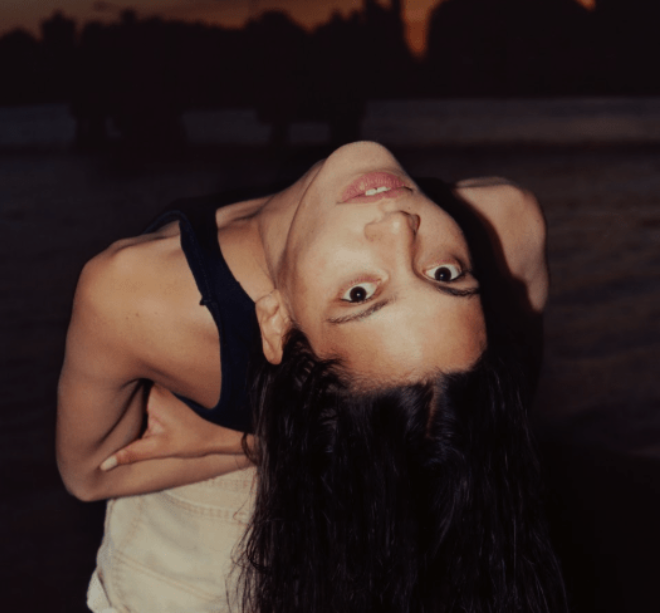 Okay Kaya’s newest single, “Ascend And Try Again,” is intimate and ethereal. Like lounging on a cloud or floating underwater, the weightless, jazz-inspired arrangement is lush with reverb and rich instrumentation. A steady, intricate guitar line along with Norwegian-born Kaya Wilkins’ breathy, dreamy vocal are the moody center of the song. The light plucking and repetitive lyrics, “ascend and try again,” reflect the emotional power of the minimalist melody, and the added harmonies serve to further emphasize that theme. The arresting lyrics, simple and straightforward, were adapted from a scuba diving manual and double as a meditation on life. “Ascend And Try Again” is a hauntingly smooth, sonically rich slow jam. 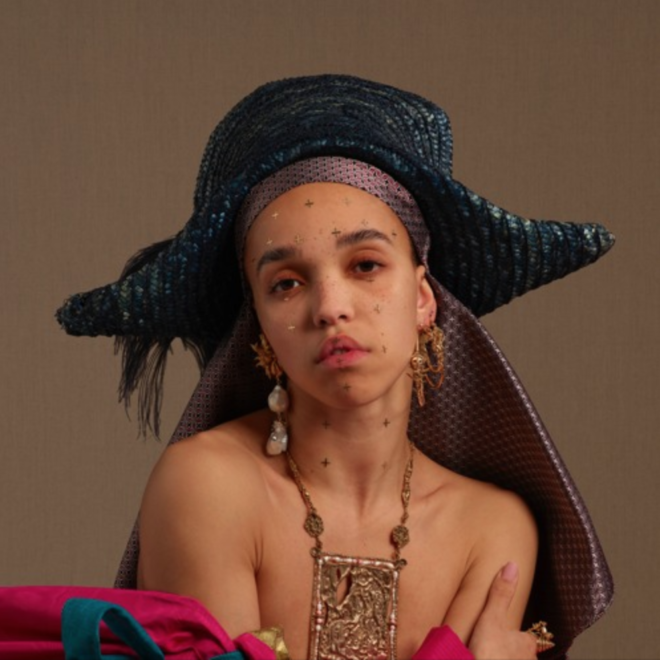 "holy terrain" marks FKA twigs' second single leading up to her much anticipated sophomore album, Magdalene. The trap-gospel positions twigs at the center of her own creation story as she attempts to find a man to stand by her in a world marked by the tragedy of sin. "Take me to a deep river / Steal a kiss when I'm lost in the mist" equates the new relationship to a baptismal rebirth. In conversation with her is Future in the role of her lover atoning for his past failures. He needs her to "Pray for my sins, make me stronger where I'm weak." "I love when he gets emo," twigs said of Future. "It’s just so beautiful when he opens up." Production is led by Skrillex's prowess and the ever-ubiquitous Jack Antonoff, who are both credited as co-writers though the story is twigs' own. Having recently experienced heartbreak she described as "all-encompassing," twigs has also been forthcoming about laparoscopic surgery in 2018 that caused her to "doubt if my body would ever feel the same again." "holy terrain" proves that she has found power and respect in her body once again. Magdalene is due out October 25 via Young Turks. 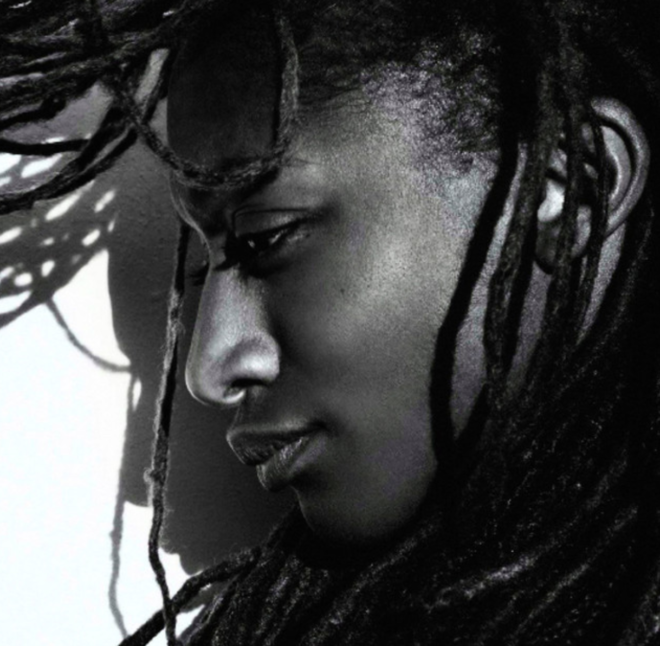 After releasing her debut album, You & I, in 2017, ALA.NI’s listenership went international, spreading from France to Germany to Turkey to the United States. The genre-defying singer was born in London and is currently based in Paris and after two years, she is releasing her second album. The lead single, “Sha La La,” provides a stunning and delicate example of all of ALA.NI’s signature traits. The track is mainly made up of vocals—typical of the artist, who typically favors a cappella or the slightest hint of instrumentation. Her voice can do anything; it reaches high and clear, drops to low and rumbling, and acts as percussion when needed. The effect is accomplished through an intricate layering of countless vocal tracks, so everything you are hearing is pure ALA.NI. Similarly, her lyrics are earnest, telling exactly what she is feeling: “All you told me really was a lie / It hurt me / Darling, you hurt me.” The song tells us a story of betrayal and walks us through the break-up and the struggle to move on. The melody, however, is upbeat and airy and the few instruments that are introduced are understated, bobbing contently along with the vocals. The juxtaposition leaves a wistful and bittersweet mark, as do her final, lovesick lines: “If I see you at a party / just dance with me / say you’ll still dance with me.” “Sha La La” is the first taste of ALA.NI’s upcoming sophomore album, ACCA. 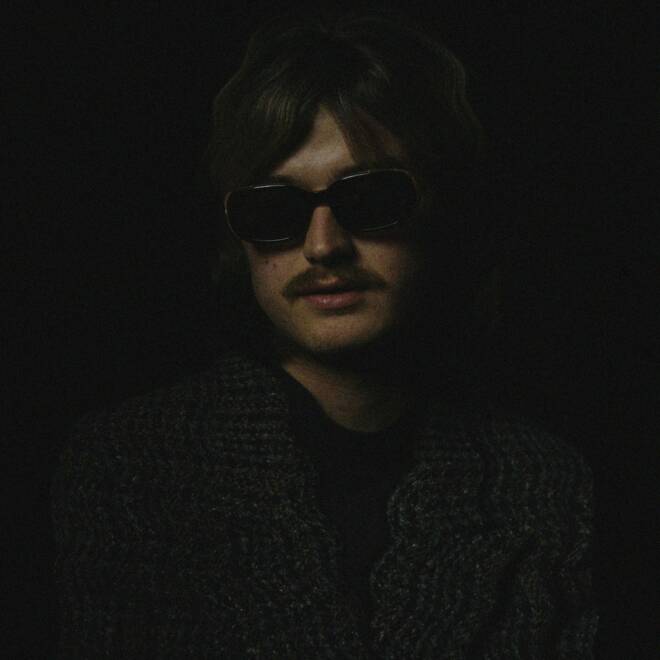 For those of you who knew Joe Keery before he became Steve Harrington, his stellar and innovative musicianship will be of no surprise. For those of you who didn't, let me introduce you to Djo (Keery's newest moniker). The first single released off of his debut album Twenty, Twenty was a gem named "Roddy"—a tune that you'll catch yourself grooving to immediately. Keery's voice floats effortlessly over the psychedelic instrumentation. Wanted or unwanted change can have a tumultuous effect, this is the story Keery shares: "We're ending retrograde / I told you mistakes were made / We're in retrograde." The single keeps your attention with often unexpected ornamentation and tasteful use of vocal effects. "Roddy" will surely be stuck in your head for days. 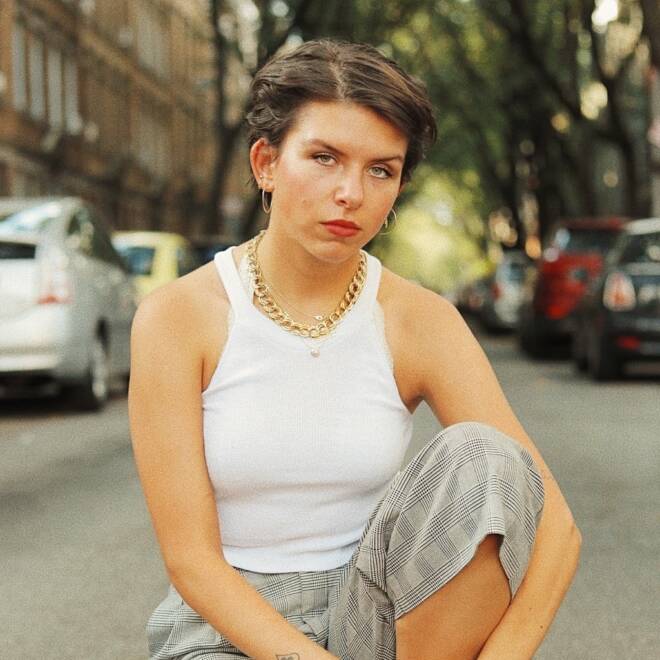 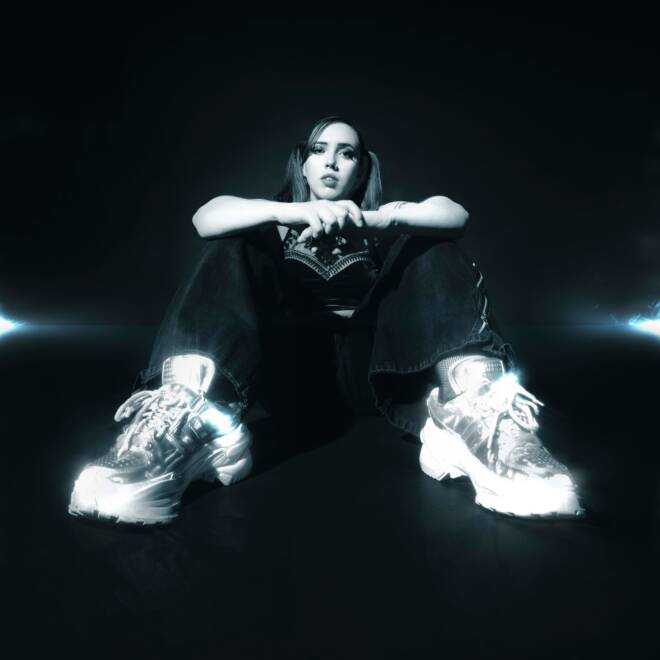 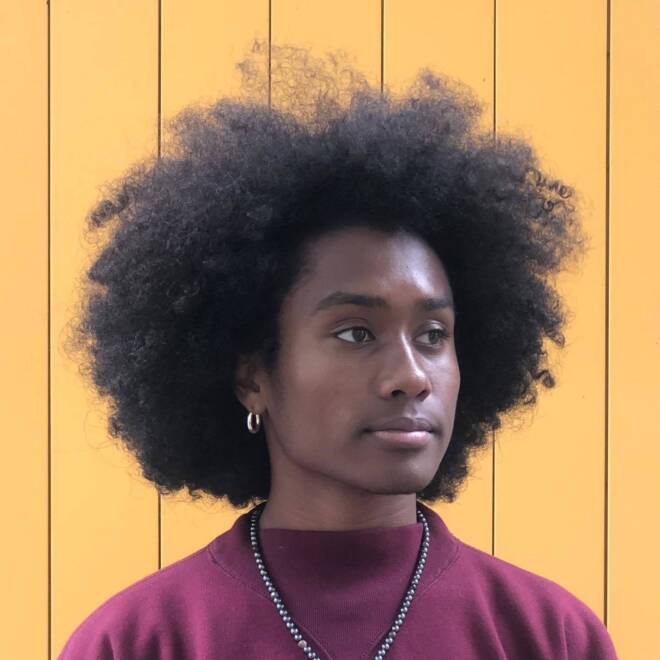 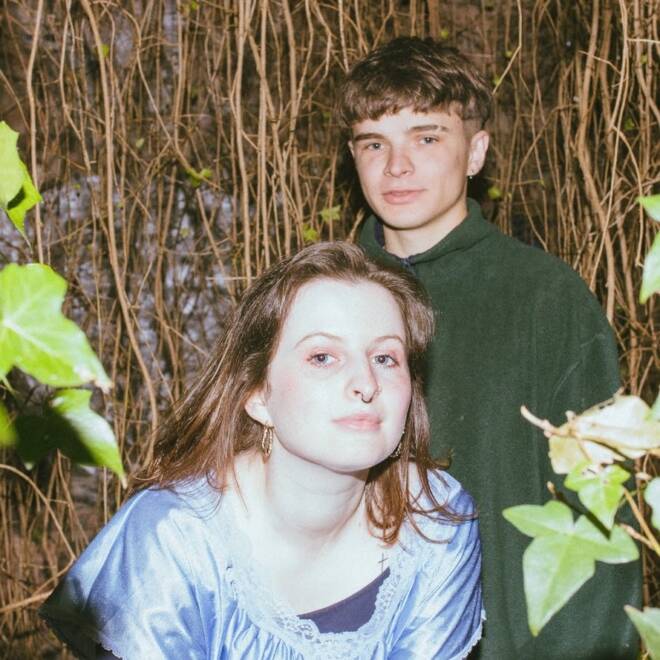