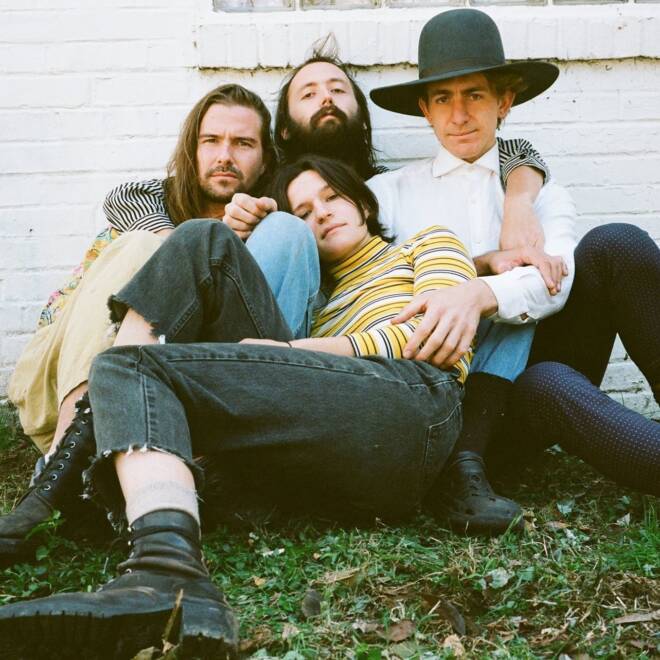 Big Thief’s new single “Cattails” feels like home. The major key is somewhat desirous and dreamy, and vocalist Adrianne Lenker’s upward inflections make the song feel like the sight of a car rolling up a gravel driveway it’s been away from for too long. As Lenker sings out, “And the clusters fell, like an empty bell / Meteor shower at the motel / Where the empty space is a saving grace / Making good time and doing well," the star brushed poetry of this song reverberates through the soul. Filled with endless grace, "Cattails" builds a kinship between the music and the listener that is satisfying in its broad nostalgia. 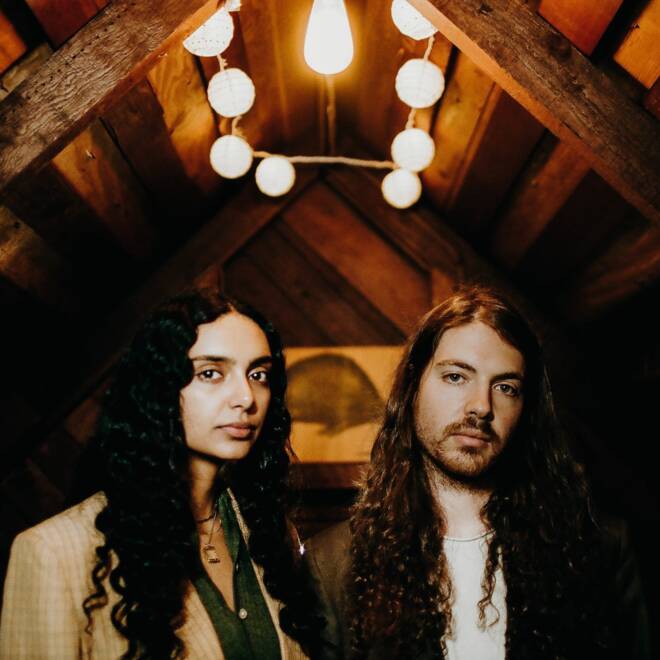 Northern California duo Junaco balance the warm and inviting with the haunting and suspenseful in their latest track, “Willow.” Singer Shahana Jaffer provides dark, smooth vocals that linger, leaving the listener hanging on to her every word. The vocals float above plucky, bellowing guitar lines that when combined create eerie and atmospheric soundscapes. The track is an emotional one that shifts and bends from its gothic, folky open to a sonically bright wave of warm Americana guitar tones. The duo then change things up even more by switching vocal duties and throwing some shimmery indie pop guitar and expressive drums into the mix. This variety expresses a full spectrum of emotions, but cleverly keeps it all connected so that we can also “feel the room.” 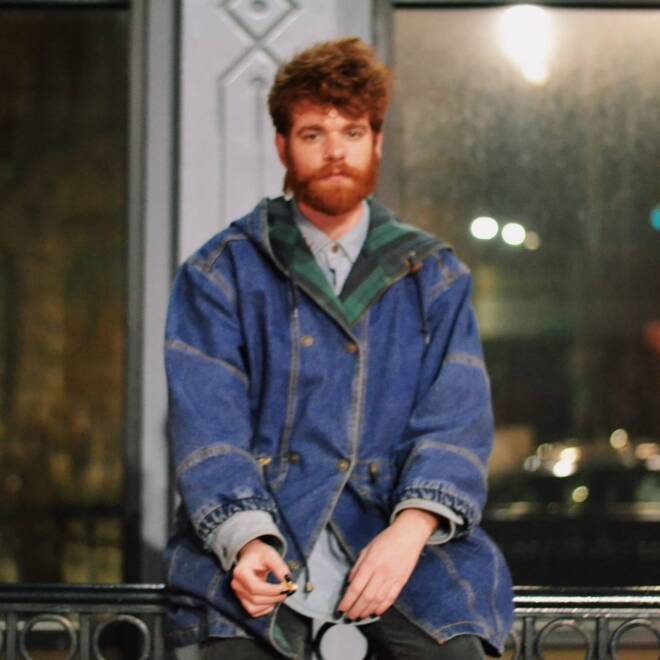 Field Medic’s “henna tattoo” combines acoustic strings and lo-fi beats to create a cathartic analogy about the temporary and mercurial nature of love. Singing “I’ve been feeling so insecure/ like is it gonna come true if i say it?/ rolling blackouts in your heart/ gave you a henna tattoo/ and it’s fading,” Field Medic beautifully uses the imagery of a henna tattoo to allow listeners to conceptualize and empathize with the universal experience of love’s tribulations. “Henna tattoo,” the fourth track off the album, fade into the dawn is a cool, calm song that feels like an upward swing. It sound marries indie folk and lo-fi, resulting in something fresh that’s definitely worth a good listen. 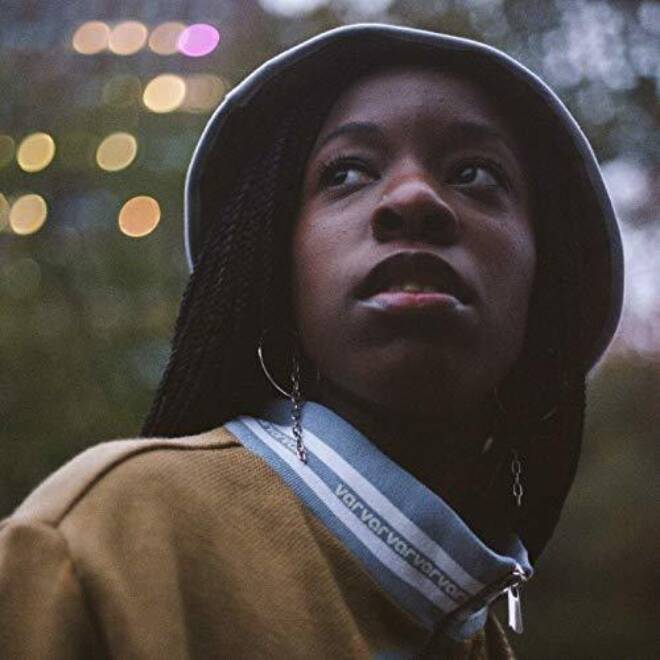 Halima, New York City-based R&B songstress, continues to skillfully fuse together electronic music with bedroom pop and soul to create something both new and nostalgic in her latest single, "Do Better." The track is a reflective self-love ode with an upbeat hook that complements her soulful and warm R&B voice. With catchy, heartfelt lyrics like, “I’m bet betting on love to keep up / When the going gets tough, I won’t let ya down / When you having bad days, Imma be around,” Halima expresses to listeners that it’s time to finally put herself first. With its retro beats, consistent, bluesy guitar lines, and well-blended harmonies and vocals, “Do Better” is an uplifting track with the ability to pull you out of any funk—reminding you that you too “can do better.” 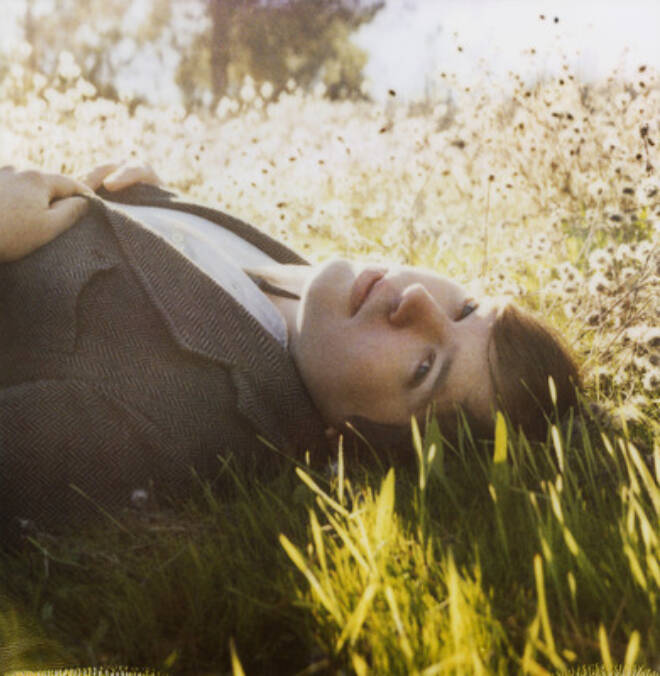 Papercuts - Comb In Your Hair

Having recently taken time away from his personal practice to lend his talents to the production of recent Beach House and Cass McCombs projects, Papercuts has returned with three track EP, Kathleen Says. Humming waves of synthesized warmth and a rich, metallic guitar are the only accompaniments to songwriter Jason Quever’s conversational candor on "Comb In Your Hair," the final track off his latest project. Memory plays a significant role in the lyrical narrative of the tune, while Quever’s dreamy remembrances cast a gauzy sheen over the sleepy, low-fi instrumentation. “And your eyes fell back in your head / to a place inside the light just couldn’t get” repeats a slightly gritty, emotionally affected voice following a series of lyrical tableaus that sift through intimate memories—seeking perhaps both comfort and gold. 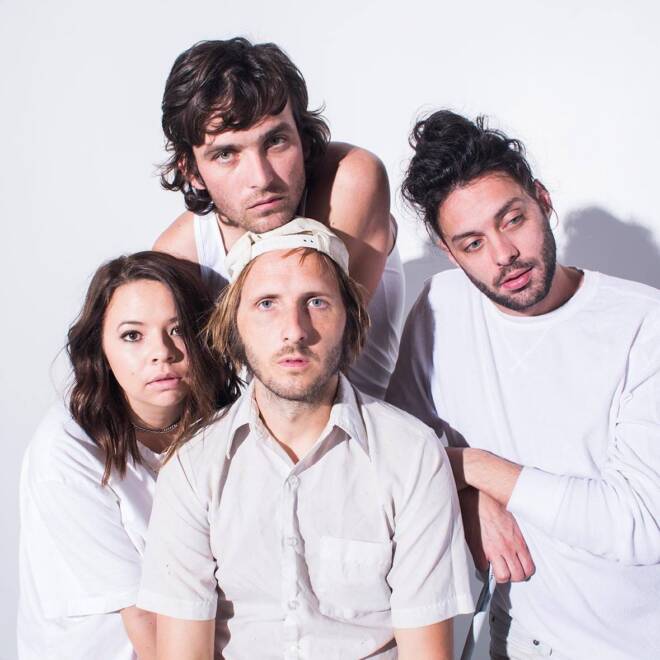 “Heart Attack” is a carefree grunge-rock anthem from LA-based band Sego. It’s a track off the quartet’s newest record, Sego Sucks, out now via Roll Call Records. The name originated from an internet troll, but according to vocalist Spencer Petersen, it has come to embody the ethos of the album. This is certainly true of “Heart Attack,” which is immersive and atmospheric in its loud, low-fi production and gritty instrumental tones. It’s an accessible sound, like listening to a well-loved tape of a classic rock demo, led by a sharp snare and an electric guitar reminiscent of The Strokes. The arrangement’s devil-may-care attitude extends to the vocal, crooning and imperfect with a doubled effect, so it sounds like Petersen is shouting the melody straight through a rowdy crowd. In the chorus, he sings “Live fast and die last,” personifying the mood in one line. Bold and bright, “Heart Attack” is a song meant for big speakers and no inhibitions. 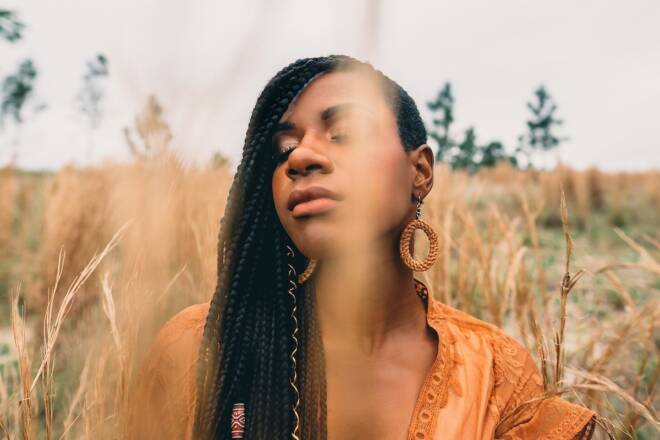 After the success of her debut album Pendulum released last year, Aisha Badru is back again with her latest single "Enough". The song is off our her upcoming EP Road to Self which is set to release this summer. While her first album delved into heartbreak and its side-effects, Road To Self focuses on Badru's process in discovering her intrinsic self-worth and the healing that it brings. In "Enough" she offers us this newfound wisdom as she urges, "don't be afraid to fall."

We've come to love Badru's forthright lyrics coupled with her soft and whispery vocals, both elements that further fuel the other. In "Enough," Badru uses analogies from nature to compare to our personal journey of self — "If it didn't rain would the trees rise from the ground? If it didn't hurt would you be this strong now?" These references to nature also show glimpses of Aisha’s passion. If you've ever had the pleasure of hearing her live show you will probably know about the love she has for taking care of the world and its inhabitants. When she's not writing songs, she's growing her own fruits and vegetables and as of recent, beekeeping. Within this artist is a passionate, quiet strength that is harnessed into her songs and her own colorful and generous life. The Wild Honey Pie is pleased to remind you that Aisha Badru will be playing at Welcome Campers next month! 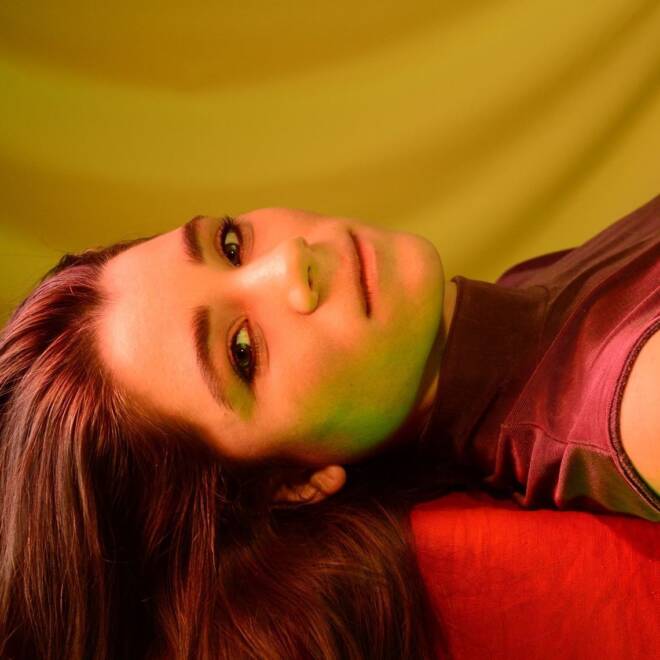 Lady Lamb - Without a Name

Lady Lamb, the fantastical moniker that came to Brooklyn singer-songwriter Aly Spaltro in a dream, already alludes to a talent for constructing worlds through the use of nuanced imagery. On her newest record, Even In the Tremor, Spaltro continues to do so utilizing a newly inward turned lens to expand her memories into poignant and sometimes wry musical recollections that flutter with her unique instrumentation and cadence. The mid-record track, "Without A Name," is a somber, shape-shifting thing that feels a little like heartbreak and a little like home. A reimagining of an older tune that has now found a place amongst her most recent works, Spaltro pierces the sanguine ache that comes with the realization that your love might be misaligned with the canon of time. Concise, heartbreaking observations—“wouldn’t it be grand to hold your hand out in the snow and not feel how cold it all is?”—are accompanied by swells of violin, piano and reverberant harmonies. The tune ultimately evades pessimism. It finds buoyancy in sweetly optimistic melodic turns at the bridge. Culminating with an overarching sense that the joy that love brings us will always prevail, even in the face of a less than desirable reality. 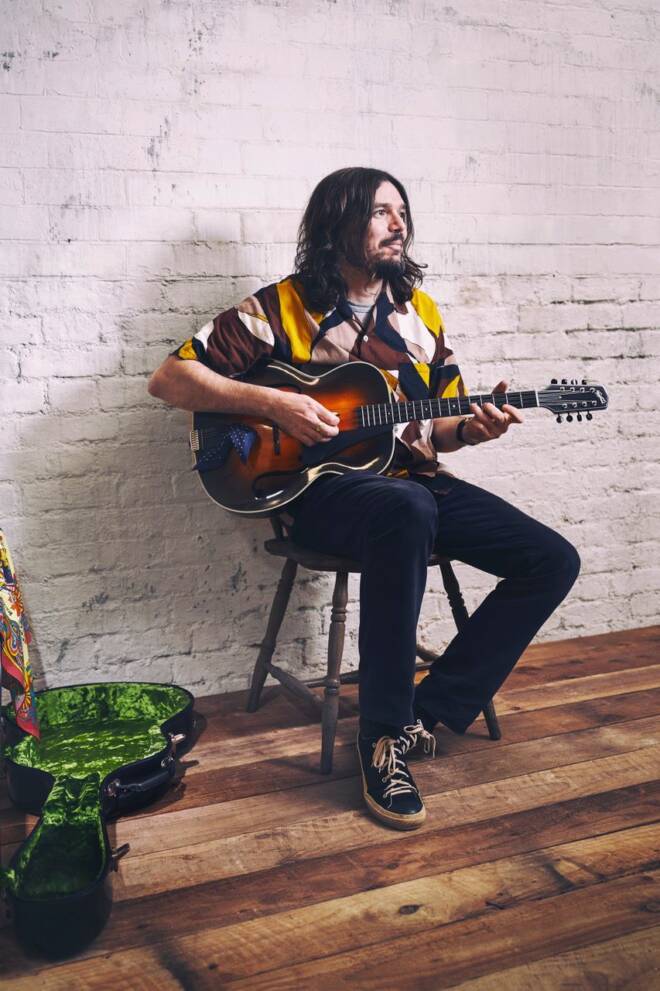 Producer and multi-instrumentalist Stephen Wilkinson, better known as Bibio, introduces his upcoming record Ribbons by sharing “Old Graffiti,” one of the project's distinctly groovy singles. The track beckons to the funk and sensuality of his 2016 release, A Mineral Love—incorporating its woozy psychedelic melodies that are informed largely by R&B and jazz. With sauntered guitar strums and bass hits under an immersive melodic key line, Wilkinson molds a modern collage of sound that has an organic quality despite his heavy electronic influence. All of this lies on a pulsing samba rhythm that enters like a calming breeze and fades out, like old graffiti. Ribbons is out April 12th via Warp Records. 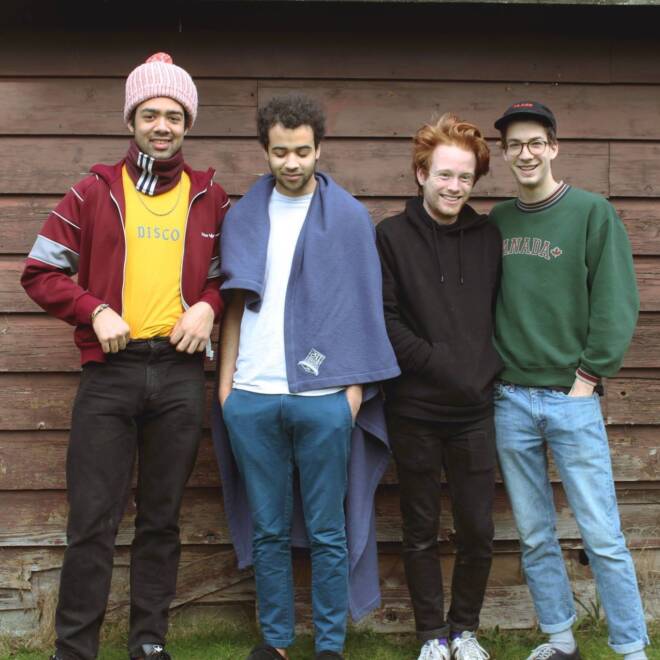 Montreal-based indie rockers Winona Forever deliver their brightest, funkiest songwriting yet on their new single, “Gazing.” A celebration of dancing alone in your room to your favorite song, “Gazing” is filled with playful melodies that don’t subscribe to the conventions of traditional indie-pop but still hook you with the tenacity of a radio hit. A groovy guitar line and a tight, cool percussive rhythm open the song with a head-bopping beat that blends 70s psychedelia and contemporary bedroom pop. The vocals glide in, pleasing and easygoing, and the lyrics set a simple scene we can all relate to: “Dancing all alone / I am in my room / spinning and twirling.” What unfolds is a colorful and unpretentious arrangement of lively but nostalgic sounds at the place where jazzy rock meets synth pop. Complete with a collection of horns and a surprising bridge, this is a song for fans of Rex Orange County and catchy melodies. The groove is contagious; before you know it, you’ll be dancing in your room, too. “Gazing” is a single from the band’s self-produced debut LP, FeelGood, set to be released on June 7. In the meantime, check out the official music video for “Gazing” to learn the choreographed dance. 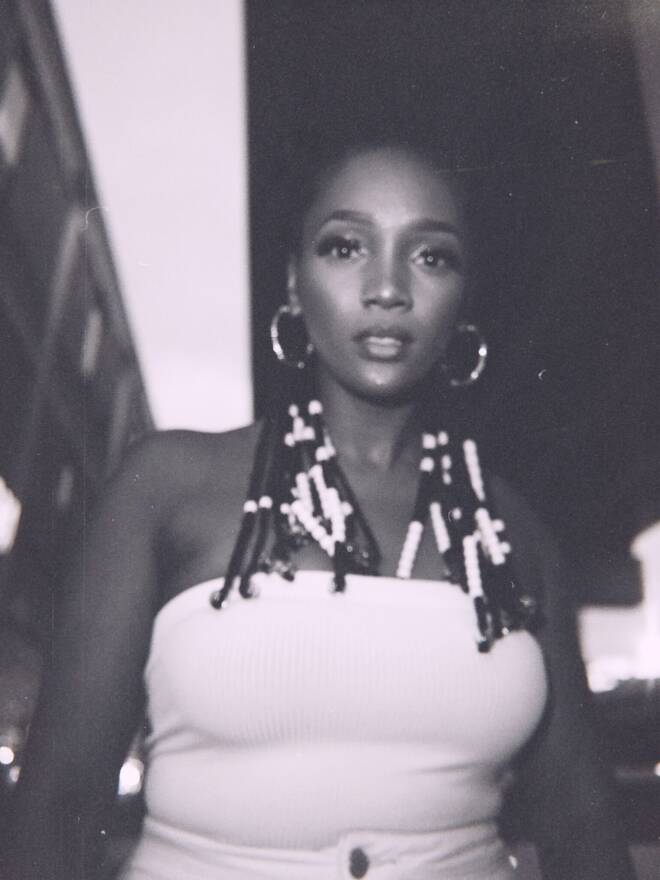 It should come as no surprise that Rhea the Second’s newest single, “Pink Nation” packs a strong punch. Notable R&B influences pull this track into a groovy neo-soul direction giving us a song that’s equal parts classic and adventurous. Unique melodies and stylized vocals float atop classic beats and soulful instrumentation, accented by a contemporary sound-byte interlude that adds to the emotion that drives the song home. Rhea says she was inspired to write “Pink Nation,” after a conversation she had with her mother about her parents’ relationship. The title of the song came from a wedding photo of her mother holding pink carnations. “I nicknamed carnation, “nation” thus creating the title "Pink Nation,” certainly adding her own unique touch on something classic just as she does in her music.