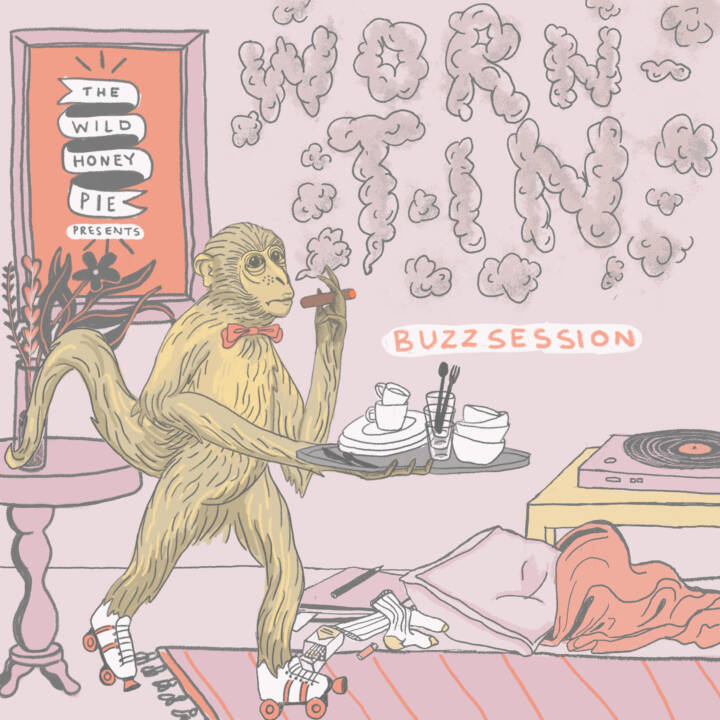 After the impressive critical and commercial reception of his newest LP, Cycles, one would forgive indie psychedelia rocker Worn-Tin for performing with an attitude of importance if he wanted to. But behind the moniker Worn-Tin is Warner Hiatt, a down-to-earth skater boy from West LA with a Mac Demarco-esque affinity for the shock-factor. A self-described “gamer who likes to swim,” his surf-rock sunshine lifestyle translates perfectly into his mid-tempo, low-fi lullabies. But don’t be too quick to categorize his style; much like his notoriously wild stage antics, his synths are surprising and lush, adding a refreshing air of unpredictability to his arrangements. Listen closely in headphones and you’ll realize the careful precision of the production, a necessary aspect of the mixing process for Worn-Tin, who records everything analog in his own backyard studio. Behind a microphone, his offbeat, often silly disposition is immediately apparent, but so is his mastery of craft. As a musician, Worn-Tin is a tour-de-force; as a person, he is charismatic and easygoing. We met up with him in his hometown and captured both sides on film, and the result is a melodically charming Buzzsession you will want to watch again and again.

Worn-Tin and his band recorded two tracks from Cycles, “Chartreuse” and “Same Joke,” at The Dock. Directed by Micah Rynders, the videos are a showcase for everything from Worn-Tin’s tongue-in-cheek personality to his cool, vintage-looking guitar. His voice, crooning and raw, is the most captivating part of the performance. Just like his analog synthesizers, it reminds us that good music always sounds even better live.