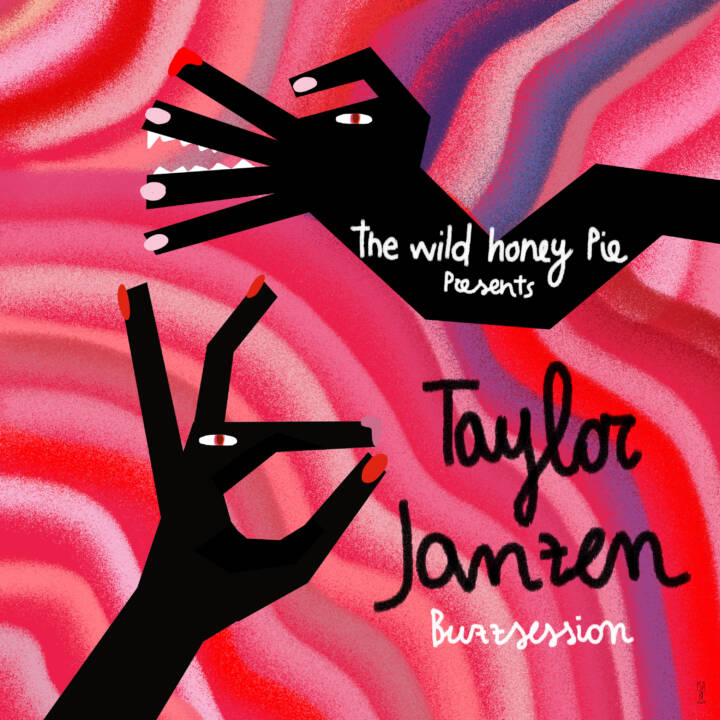 Taylor Janzen’s emotional maturity far exceeds that of most Gen Z’ers with only 20 years to their name. Of her most recent EP, she told Vice, “I feel like Shouting Matches is full of songs that I didn’t think I’d put out,” but she stopped by The Wild Honey Pie office in Brooklyn to record two songs that highlight her open-book confessional songwriting style and intricate guitar work. On a grey New York day, her fingerpicking in the early track “Stations” provides the instrumental framework for a song about longstanding emotional abuse; “I learn to suffer with you / And let it silence me.” From her new EP, “Shouting Matches” explores feelings of guilt, helplessness and stagnation reminiscent of Julien Baker’s most affecting lyrics; she acknowledges the “ever-growing sadness that I can’t help but create,” admitting that, “If I knew what was good for me, I’d open up the blinds.”

Recently lumped in with fellow “sad” indie girl rockers Julien Baker and Phoebe Bridgers, Taylor Janzen aims to go beyond the sad-song moniker to address topics that were left unspoken in her religious upbringing. Like Baker, Janzen’s songs swim in reverb from her Fender Telecaster and her voice produces a crisp whisper until she howls at climactic moments. Unlike Baker, however, whose guitar playing toys with the empty space between chords, Janzen’s guitar is an unstoppable freight train. She picks out a relentless bassline on the low E-string while filling the sonic space with more complex melodies in higher registers.

Taylor Janzen’s career, though really just beginning, is a lesson in commitment. If you sing your heart out on online covers of enough Paramore bangers, you might earn a “holy shit” from Hayley Williams. If you admire Dennis Quaid enough, you might just get to interview him about his first album, and if you truly love him, to the point where his name is the first thing that comes to mind to fill the void of an unnamed song, maybe he’ll even turn the interview around and ask you about Canada. If you study the songwriting masterclass that is the discography of another guitar-playing Taylor (that’s Swift, for the slow-on-the-uptake), just as Janzen did, you can etch your emotions indelibly in songs that, if wise and true enough, might just connect you with an audience in need of exactly what you have to say.