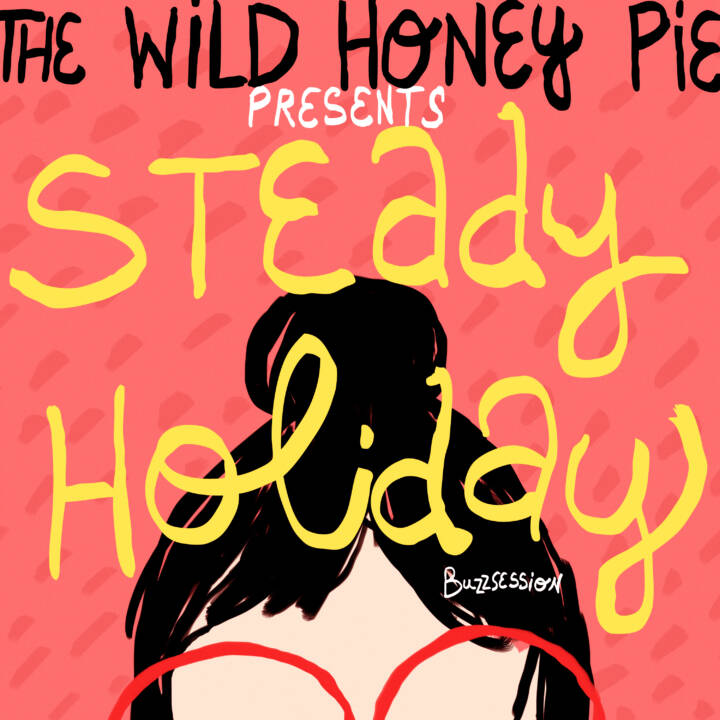 Dre Babinski grew up playing music in other people’s bands, all the while secretly writing and recording her own wonderfully strange tracks. Away from the public eye, she cultivated a musical moniker that would eventually come to carve out its own, darker genre of indie pop music. In 2016 she released her debut LP, Under the Influence, and Steady Holiday was born to the world. She gifted us with nine off-kilter alt-pop tunes, distorting hooks with dreamy synth sounds and otherworldly arrangements you can lose yourself in. Her vocals, soft and soothing, glide through every song with a ghostly essence. This unique sound was amplified in last year’s Nobody’s Watching, her impressive sophomore LP, which Babinski wrote in response to the overwhelming evil that prevailed in the world. Hi-fi pop sounds work in unison with unsettling lyrics, particularly in the album’s title track: “It’s not personal this time, I’m here to survive / So I smile and we shake, then I sharpen my blade / Like nobody’s watching.” The tone is intentionally glib, meant to mimic the attitude of the evil powers at be, and Babinski performs them with quiet charm.

Steady Holiday performed “Nobody’s Watching,” plus another beautifully eerie track from the album, “Mothers,” in a compelling Buzzsession filmed at Doghouse Recording in Babinski’s native Los Angeles. Directed by Nick Sokoloff, the videos cast the band in a cozy, low-lit glow. Because Babinski is a seasoned musician, a comfortable ease underscores the performances. She knows exactly what she’s doing; it’s why you can’t take your eyes off her.