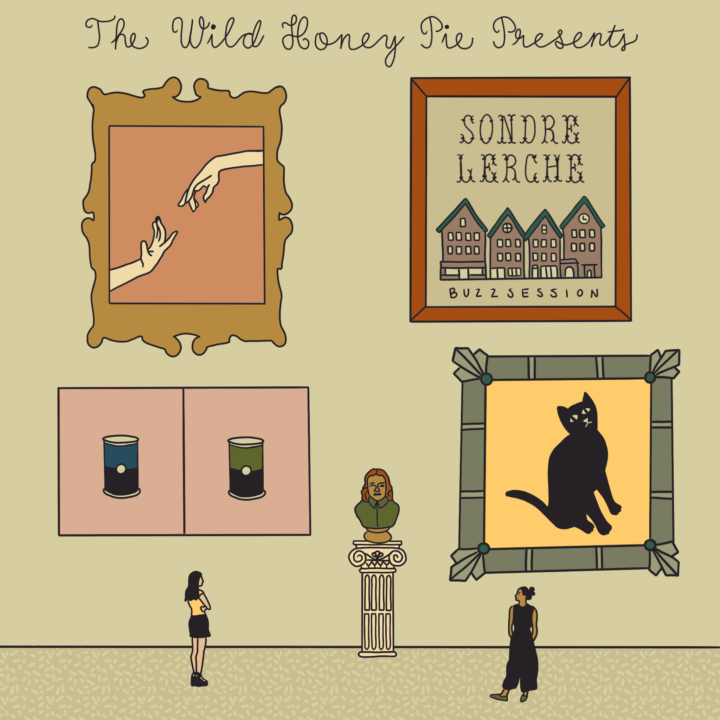 In this Buzzsession, Norwegian singer-songwriter Sondre Lerche delivers a flowing and dynamic acoustic performance of “Why Would I Let You Go," the second single off his upcoming album Patience. The song is a reflection on a past relationship, beginning with beautiful snapshots of love, “laughing at the sea," “whispering with two tongues," and seamlessly transitioning into sentiments of regret, “in my dreams I love you like I used to." The title question, “why would I let you go,” is repeated throughout the song, and its meaning changes with the depiction of the relationship; at first signifying that there’s no reason this should ever end, and eventually lamenting the loss of something treasured.

In a time when discussion about social isolation seems to be centered around the home, this video offers a new setting in which to reflect on the collective feeling of confinement that we are experiencing. Lerche performs in a jacket and scarf, standing in a cavernous dimly-lit chamber, clearly outside of his home. The space itself would feel wide and empty, were it not filled with Lerche’s music. Both the original recording and this performance masterfully manipulate rises and falls. In the recording, these dynamics are facilitated by string instruments and drums, but here there are orchestrated by the build-up and dispersion of the echoes of Lerche’s voice and guitar. This song focuses on introspection and regret, and its poignancy is magnified by the setting of the performance, where the walls amplify the singer’s own vocalized thoughts and hurl them right back at him.

If you enjoyed this performance please consider donating to Sondre's nonprofit of choice, WP4BL, a white anti-racist collective and activist project that follows the lead of people of color to demand racial justice. They work in solidarity with Black Lives Matter, JW4BL, and other national organizations "working for the validity of Black life and to (re)build the Black liberation movement."

Why Would I Let You Go