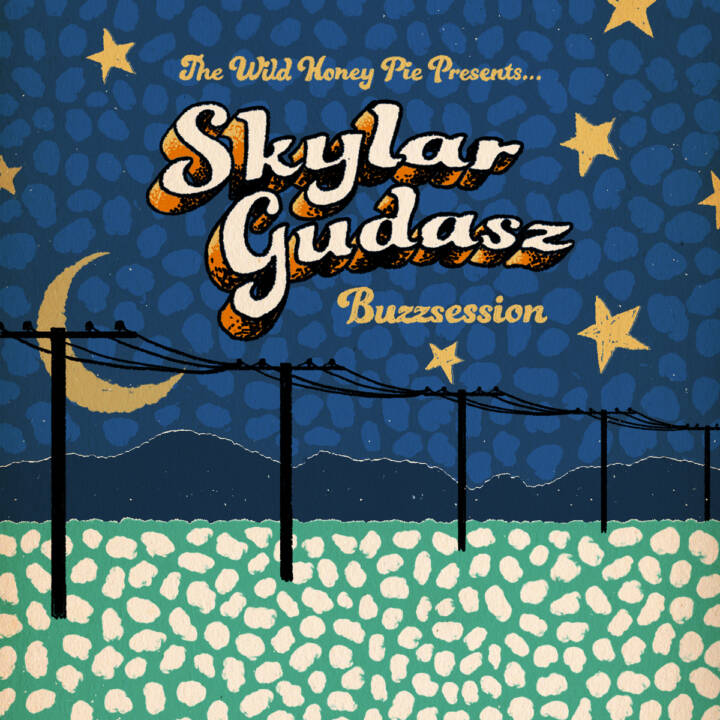 Skylar Gudasz is a country and folk essentialist. She imbues a resident Carolinian "Femme Fatale": she's soft, languid and effortlessly classic (not unlike her musical style). Juxtaposing shots of her behind the mic and on the couch enjoying a cup of tea in her Durham, N.C. home, Gudasz croons her new track "Femme Fatale" in this Buzzsession. "Femme Fatale" is the first song on her newly released record Cinema, which dropped on April 17. The song recounts the musings of the archetypal femme fatale: a woman who is destined to explore her independence at the expense of her male onlooker: "you can blame it on the stars / you can tell it to the moon / babe, I wouldn’t be so bad if it didn’t feel so good / you can try and escape me but I came for you."

The dramatized representation of this caricature in cinema is often used as a narrative tool to express the repressed and frequently misunderstood longings of the feminine lead. The femme fatale, as explained in Gudasz's track, is far more interested in being understood accurately and as herself than preserving the self-esteem of her subjects. In the Buzzsession version of this song, Gudasz's vocal tones take the song and its implicit meanings to new complexities. With her urgent croonings in the final few repetitions of the chorus, a darker more despairing version of the seemingly ruthless femme fatale is revealed.

Just like Skylar herself, a femme fatale is far from one-note. After giving a gut-wrenching, enchanting performance of her new album's leading track, in the same devastating stroke, Gudasz brings us back down to her country roots and her warm home with a lush cover of "Wichita Lineman." Adding her own frequency of sweetness, nuance and sultry vocalizations, this cover summarizes Gudasz's ability to completely individualize her folk sound. It's no wonder The Bitter Southerner called Skylar Gudasz "the Joni Mitchell the South never had."

If you enjoyed Skylar Gudasz’s performance please consider donating to her nonprofit of choice, SpiritHouse. SpiritHouse is a multigenerational Black women-led cultural organizing tribe with a rich legacy of using art, culture and media to support the empowerment and transformation of communities most impacted by racism, poverty, gender inequity, criminalization and incarceration.