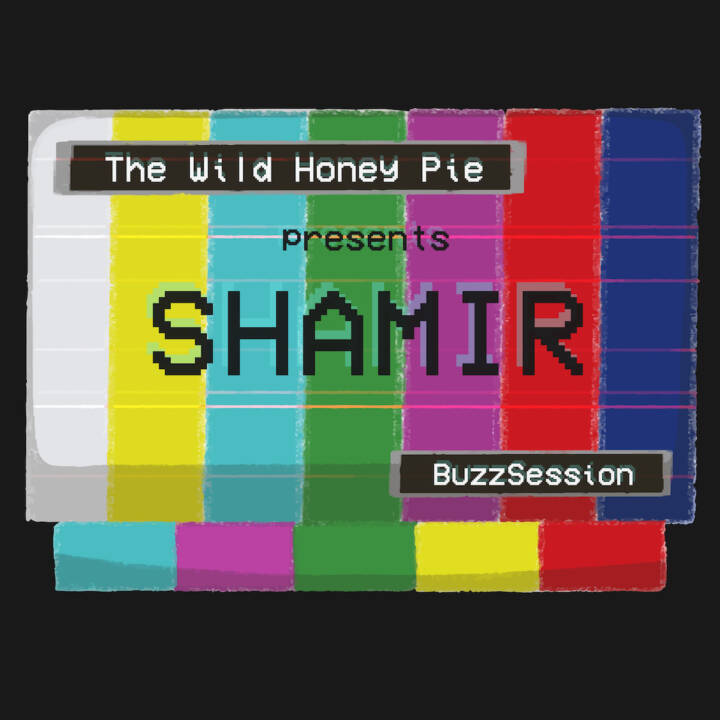 For our latest Buzzsession, Shamir trades in his bursting synths for an acoustic ballad rendition of his opulent 90s rock–adjacent single “I Wonder.” Filmed in and around his South Philly home, these performances offer a glimpse of his quarantine normal: kitschy teddy bears, hailing down his car, his white tee accessorized with a bright butterfly mask. There’s a dissonance to watching Shamir go about his day while pondering destruction, climate change and devouring love. Ultimately, though, you’ll find that you don’t need a destination or answers; existing with him in these little moments is enough to quell the storm.

Equally as intimate is his aching cover of Big Thief’s “Shoulders,” which finds us accompanying Shamir on a trip to the post office, a small escape supporting an institution that needs our help. There’s an underlying violence to the track, which grapples with police brutality, and Shamir’s acoustic rendition forces you to quiet the outside noise and feel alongside him. Whether it’s his haunting vocals, the expressionist portraits on his walls or his aqua blue guitar, Shamir has a beautiful way of lingering with you.

The Marsha P. Johnson Institute, which advocates for the rights of Black transgender people, is Shamir’s non-profit of choice. Right now, they’re focusing on expanding their COVID relief efforts, providing aid to the Black trans community, who have been especially affected by the pandemic. Please consider making a donation as we patiently await the October 2 release of Shamir’s self-titled album, which he describes as “the record that’s most me.”