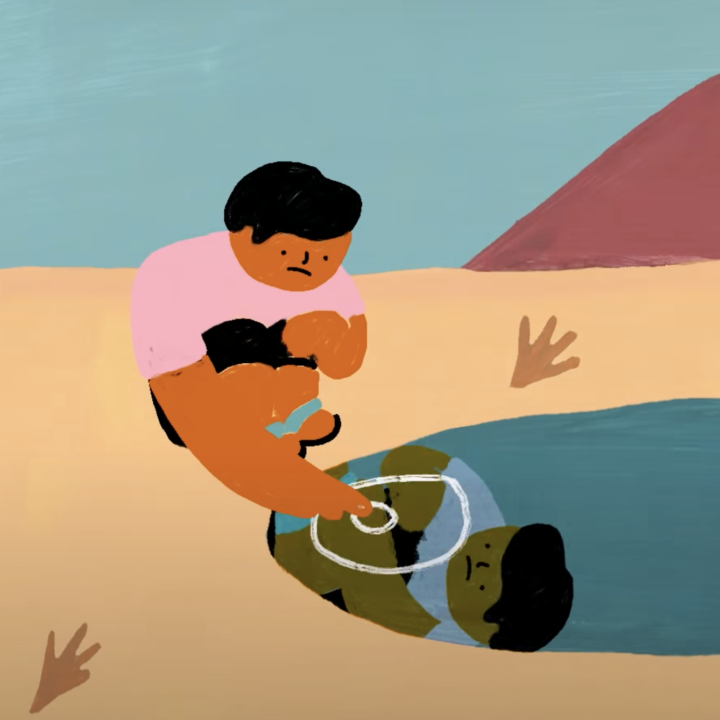 We partnered with Kohler to bring you our newest animated video with Choctaw singer/songwriter, poet, producer and musician Samantha Crain. With the goal of raising awareness for the lack of clean water for Native American populations, the “When We Remain” video depicts the heartbreaking struggles faced by some of our most vulnerable populations. Directed and animated by Bela Unclecat and Yulia Drobova, we see the overlooked day-to-day challenges for Indigenous people in addition to the more public, direct threats to their land and traditions. The video begins by contextualizing the alarming and understated verities of “modern”  life as an Indigenous person in the US, illustrating the taxing journey that some face to acquire water. Some Native American communities in the US are tasked with 40 miles every few days to haul water home in order to take care of themselves. It seems unthinkable that communities today are still battling for such integral necessities, and this beautifully poignant video presents a subdued echo of this message.

The project shares that more than two million Americans live without basic access to drinking water and sanitation, and Native American households are 19 times more likely than white households to lack indoor plumbing. It first reveals the long and high-demand journey of finding and collecting water, an endeavor that seems to define and connect communities due to the collective insufficiency. But as it goes on, the video fixates on more intimate moments that are stolen from families due to this crisis; a dog that runs out of water in its bowl, a child going thirsty because the tap is empty, a mother watching dolefully. While these struggles are written off as a thing of the past, they are the dire realities of neglected nations in today’s world. Crain’s emotional and skillful composition eloquently scores the animation, bringing emphasis and dynamic to the unthinkable actualities of life as an Indigenous person in the US. The gripping depictions of systemic inadequacy alongside her powerful and transformative euphonic performance make Samantha Crain’s animated music video for “When We Remain” an impactful and enlightening experience.