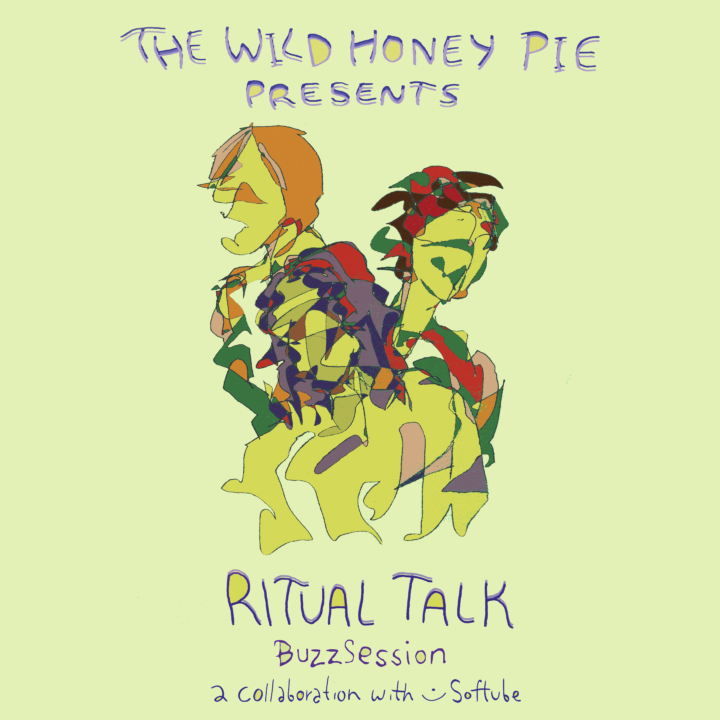 Psychedelic indie rockers Ritual Talk are wearers of many musical hats. Originally, the trio from Brooklyn debuted as a five-piece in 2017 with their EP, Rippled Glass. The hook-filled track list established their love for lush synths and otherworldly arrangements, nestling their sound among the likes of Radiohead and Grizzly Bear. Less than a year later, two members moved across the country, and rather than replace them, Alex DeSimine, Dylan Gleit and Tom Criblez made a decision that would drastically change, and eventually define, their live performances. As a trio, Ritual Talk is magnetic; they are three people doing the work of five or six, all with an air of easy precision that feels as natural and genuine as the members themselves. In their performance of the song “Plans,” from their debut record of the same name, DeSimine sings lead and harmonizing vocals, plays guitar and keys, and controls the synthesizers. And, as if that weren’t enough already, he does everything with a palpable, contagious energy. Gleit and Criblez are no exception; they have a clear mastery of guitar and percussion, respectively, and their on-stage enthusiasm is captivating. Together, they are a dreamy rock act you’d be disappointed to miss.

We met up with Ritual Talk for a special Buzzsession in collaboration with Softube, where they performed “Plans” and, fittingly, covered the Grizzly Bear song “Two Weeks.” Though they played for cameras instead of a crowd, their set is just as energetic and hypnotic as every live show. Directed by Jonah Lorsung and filmed at Douglass Recording in Gowanus, the Buzzsession gives an intimate look at all the minutiae of what goes into successfully pulling off a Ritual Talk set. Fingers turn knobs and pluck strings, toes tap pedals and kick-drums, and at the beginning of “Plans,” DeSimine plays with Parallels, a dual-source dream synth software from Softube that creates sounds with the highest-quality filters, modulators and effects, allowing the band to physically showcase their grasp on the unusual. To check out all of Softube’s great hardware and software products, click here. But first, watch the Buzzsession below.