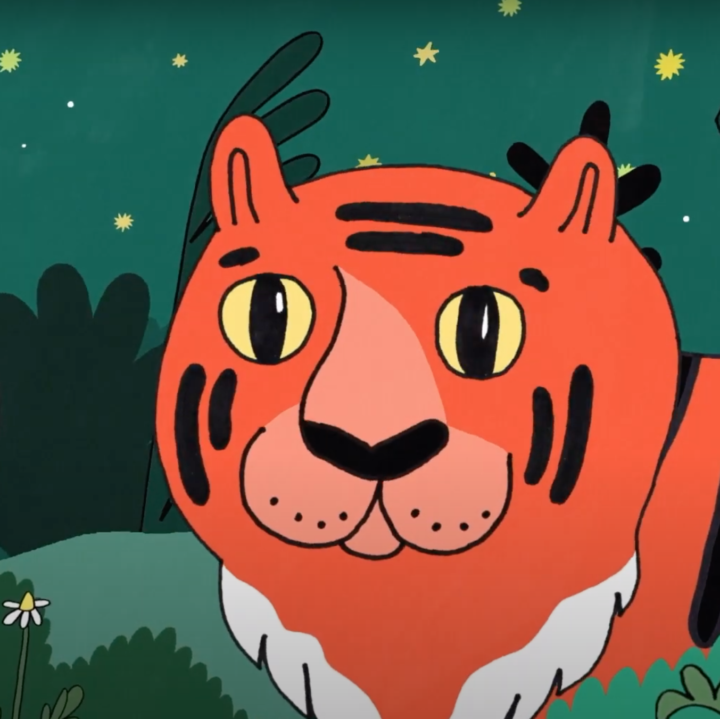 Credited on countless chart-topping hits over the years by artists from Twenty One Pilots to Lizzo, accomplished pop producer and songwriter Ricky Reed has made his solo debut. A project that began as a way for Reed to feel connected to his friends and collaborators in quarantine eventually evolved into the reflective and warm record, aptly titled The Room. The ten-track record features both rising artists and strongholds, each serene song loaded with talent and strung together by Reed’s seamless production.  Far more subdued than “Truth Hurts,” The Room serves as an exploration in softer, hazy neo-soul beats and otherworldly sounds.

The transcendent “Fav Boy” is a stunning highlight, featuring Alessia Cara and pop newcomer John-Robert. Directed and animated by Bela Unclecat and Yulia Drobova, this music video finds the animated likenesses of Alessia Cara and John-Robert transported to a fairytale world of oversized strawberry trees and kind tiger friends. “So grateful that you love me,” Cara sings simply, as dancing bugs high-five; when creatures congregate for John-Robert and Cara’s forest concert, it’s enough to assure you that love transcends some of the cruelties of reality. Against such a surreal but sanguine setting, while a cheerful old man rides a paper airplane in the distance, the message of compassion is poignant as ever. It’s a dose of pure joy coming in right when we need it most.