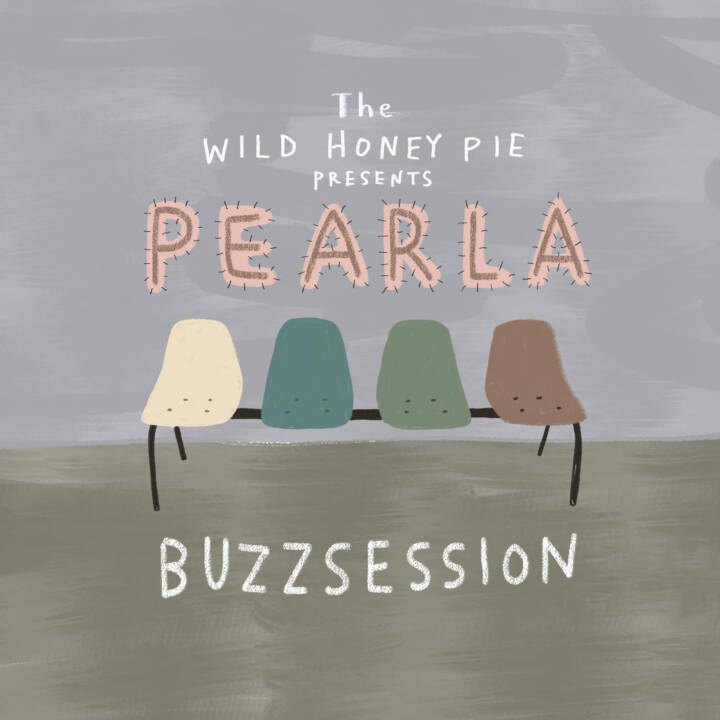 Nicole Rodriguez, the 23-year-old songwriter behind Pearla, writes gentle folk songs with explosive moments. "Daydream," the first single from her upcoming EP, Quilting and Other Activities, recently earned high praise from Bob Boilen, the Tiny Desk guru himself, who called the track "music worth getting lost in… stunning, ethereal, beautiful." Pearla played two as-of-yet unreleased tracks for us at Brick by Brick Studios in Brooklyn. The two songs from the EP embody Mr. Boilen’s compliments perfectly. Quilting and Other Activities is out on September 6.

"I trip on the same fucking rock every morning," sings Rodriguez in "Washing Machine," before allowing a sigh of resignation, admitting, "The world outside can be so hard." The quiet mundanity of Rodriguez’s lyrics are heartbreaking, but when the song takes a devastating turn in the final minutes, her yells, at once of pain and of catharsis, belong in the company of the signature howl of Julien Baker, whose own simple observational lyrics carry the same sort of emotional weight precisely because of their simplicity. The addition of pedal steel guitar in "Washing Machine" and vocal harmonies in "Quilting" especially, complement Rodriguez’s vocals and airy guitar playing to create the fabric of warmth she strives for in her music. Of the title, she says that the EP is her “attempt to take pieces from my past and use them kind of like patches of a quilt; weaving them together as an activity meant for distraction, but also for comfort and healing, and eventually, a transformation into something bigger than the sum of the parts."