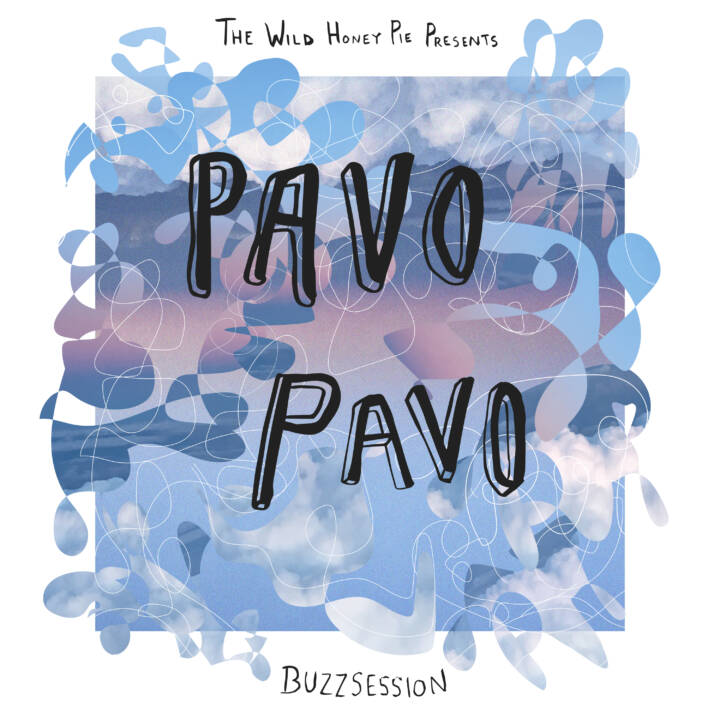 Pavo Pavo quite literally sat down with us at Studio G in their former home of Brooklyn to perform a haunting Buzzsession, directed by Brenna Perez. Their session showcased the title track from their recent album, “Mystery Hour,” as well as the final song of the album, “Goldenrod.” The session highlights the magical voices of Eliza Bagg and Oliver Hill, who also accompanies on guitar, as they weave intricate harmonies together. Missing the three members who typically round out their quintet, Bagg and Hill still have no trouble demonstrating their dynamic range, from a hushed whispers to a thundering crescendos.

For the first minute or so of “Mystery Hour,” Hill doesn’t even touch his guitar, letting the vocal harmonies steal the show. The backing track, though full of grandeur, never undercuts the strength of the vocals or attention to detail in the harmonic arrangement. When Hill finally does bring in the guitar, he plays with a slide, the slightest motions of his fingers sending the notes out of key, fully committing to the unstable tension of the song, “Mon cheri, I’m designed to be unsatisfied.” The seamless blending of their two voices, contrasted with the unease of Hill’s guitar-playing, serves to remind us that these songs were written, believe it or not, in the aftermath of the breakup of their relationship. “If this is meant to bend / It’s sadder still to see it break,” they sing in “Goldenrod,” whose emptiness is felt in the lack of a backing track. It’s heartbreaking, but somehow reassuring, to hear the two alone, together, still.