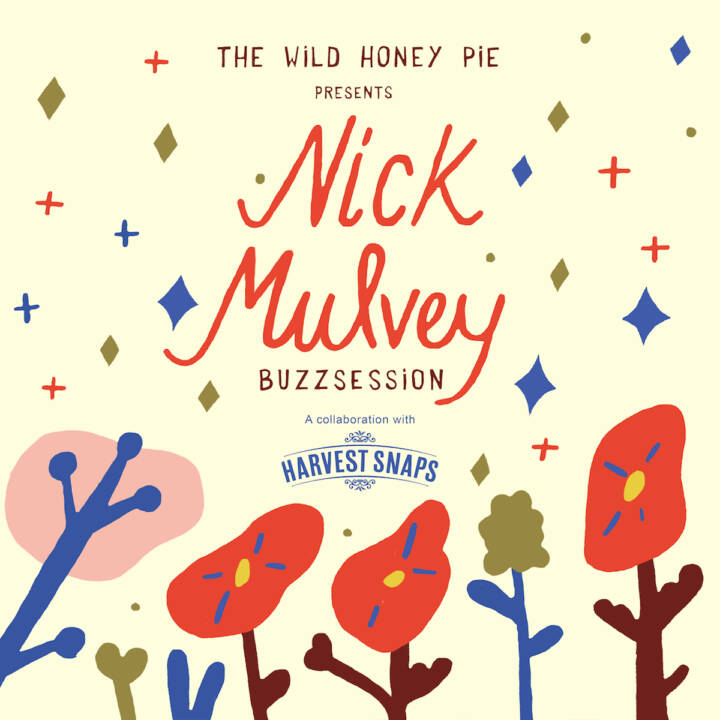 Like our friends at Harvest Snaps, Nick Mulvey knows the value of simplicity. After leaving the Mercury Prize-nominated Portico Quartet, he forged his solo career with a new stripped-down sound: an acoustic guitar and a sultry timbre. While Mulvey will say his music hasn’t changed — the worldly inspirations of his Ethnomusicology degree still shine through — his sound is undoubtably less adorned. This Buzzsession, which premiered on Variance, captures just that. In “Fever to the Form” and “Mountain to Move,” Mulvey plucks energetic melodies over the low hum of his voice, allowing his socially critical lyrics plenty of sonic space. Yet, his melodies are tinged with African and Asian sounds, the foci of his education.

Simplicity has a way of allowing those subtle elements to come out and Harvest Snaps certainly knows that. Sit back with a bag of their six-ingredient, GMO-free pea crisps and enjoy these understatedly inspired tunes.

Fever To The Form