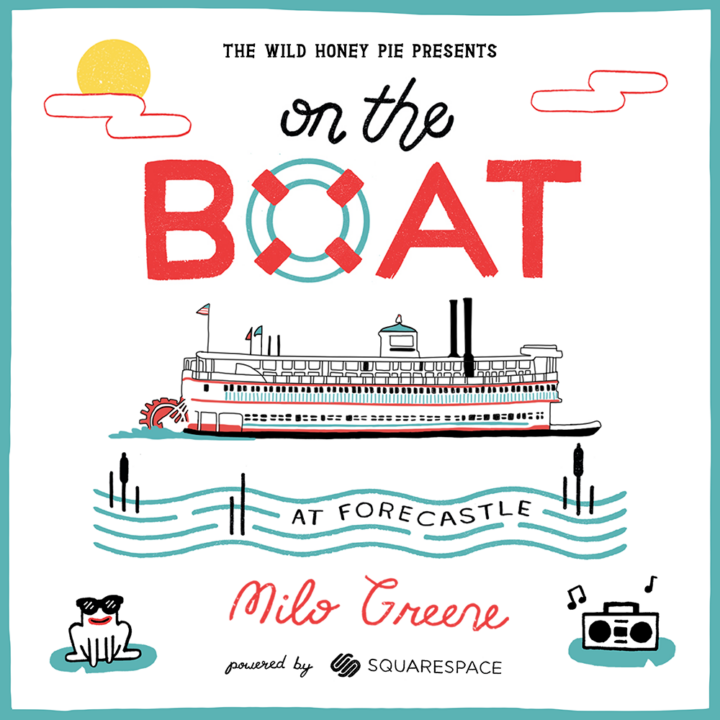 On a weekend like Forecastle Fest, the fun doesn't stop at the festival grounds. Even after the gates have closed and the sets have ended, there's more adventure to be had throughout Louisville, including the packed hotels lining the grounds. To get a little more personal with the incredibly talented Milo Greene, we asked the band for a quick acoustic performance of "On the Fence" and "White Lies" as they wound down at their hotel after the fest.

On The Boat is a video series made possible by Squarespace featuring intimate performances shot at some of our favorite music festivals. When we visited Forecastle Festival in Louisville, Kentucky, we shot inside the riverside fest and around the town, cooking up some great performances by Cathedrals, Milo Greene, BRONCHO and Twin Peaks.