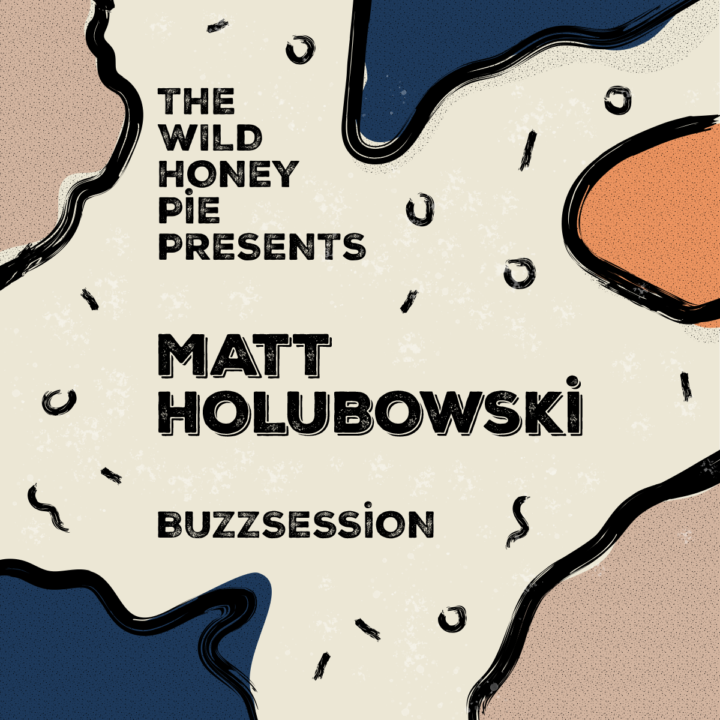 “I actually have more restaurant experience than I do music experience,” Matt Holubowski told us while baking chocolate chip cookies before his Buzzsession at Maman in Greenpoint, Brooklyn. You would never know it, though, particularly given his range—his guitar playing is at times both closely intimate and jarringly powerful, and his voice rings with a sweet vibrato or echoes with a biting howl. In the studio and on tour, the songwriter's arrangements are lush with a haunting cello and shuffling drums that sound like walking down a long hallway in the Old West. But in a Greenpoint bakery, he strips the songs down with only an acoustic guitar.

The music of Matt Holubowski is that of two campfires. “Nostalgiablue” is a slow song, but not just in its tempo. It has only a handful of lyrics, lending a certain weight to each line. It's easy to picture the last embers of a wondrous campfire glowing, signaling the end of a joyous evening of close company and ushering in a night of peaceful sleep under the stars. Like staring at the embers for so long that you see the glowing residue everywhere you look, "the company you keep is burned into your memories." The campfire evoked by "The Weatherman (or, The Felonies are Magnets on My Coat)" is a much different and direr one. It's a campfire battered by howling winds and a raging Canadian snowstorm, far from the comfort of a living room fireplace or a warm cabin or any civilization at all. It's the last bit of hope before hunkering down for an endless night. It's the soundtrack of a ghost story, inspired by a knifepoint robbery during a solo backpacking trip. "I realized I’d been left with this trauma that had me always looking over my shoulder," says Holubowski, and that fear is felt in every fiber of the song. "I take cover in the shelter of my own shadow," he sings, alone.