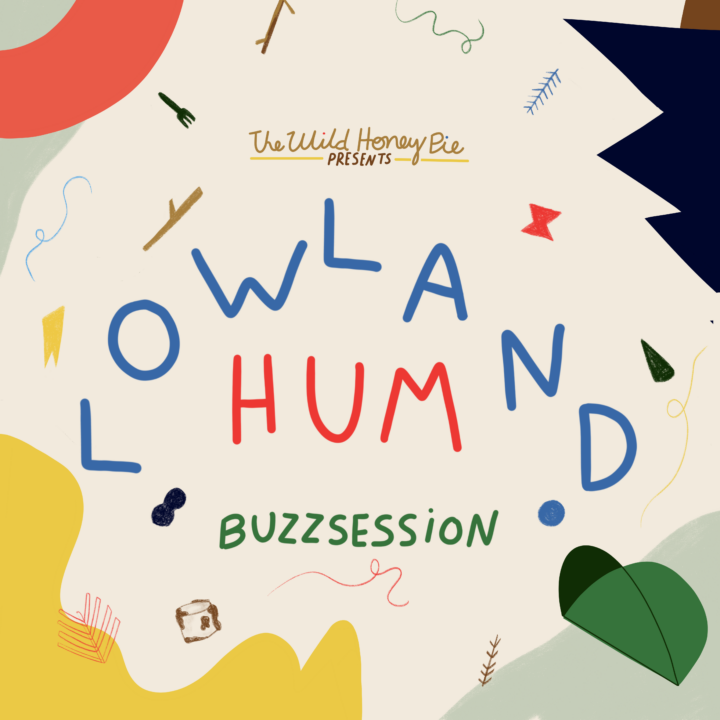 Imagine a cozy Sunday afternoon; it’s drizzling outside, you have a blanket over your shoulders and a cup of tea in your hands. If you want to listen to music that sounds as soothed as you feel, look no further than Lowland Hum, the art-folk musical project of husband and wife Lauren and Daniel Goans. The duo drove to Brooklyn from their hometown of Charlottesville, Virginia to record two new singles, “Slow” and “In Darkness,” for an intimate Buzzsession at Douglass Recording. Directed by Kayli Weiss, the session was quiet but evocative, showcasing their raw talent and genuine demeanor. The muted lighting combined with the close-up camera work artfully captures the sweetness and inclusivity of their sound.

The beauty of “Slow” and “In Darkness” lies in the minimal arrangements: just vocals, keys, and an acoustic guitar. Less instrumentation usually means a greater margin for error in a live performance, but that’s not the case for Lowland Hum. Lauren’s vocals are dynamic and sincere; she sounds so hypnotically sweet you almost don’t notice she never misses a note. Likewise, Daniel plays acoustic guitar with captivating vulnerability, and he makes it look easy. Best of all is their duet in “Slow,” a harmonic but hushed meditation on existential unease. After it’s over, Daniel quietly announces that it was their first time performing the song live. Look our for their upcoming album, Glyphonic, set to be released on May 20.