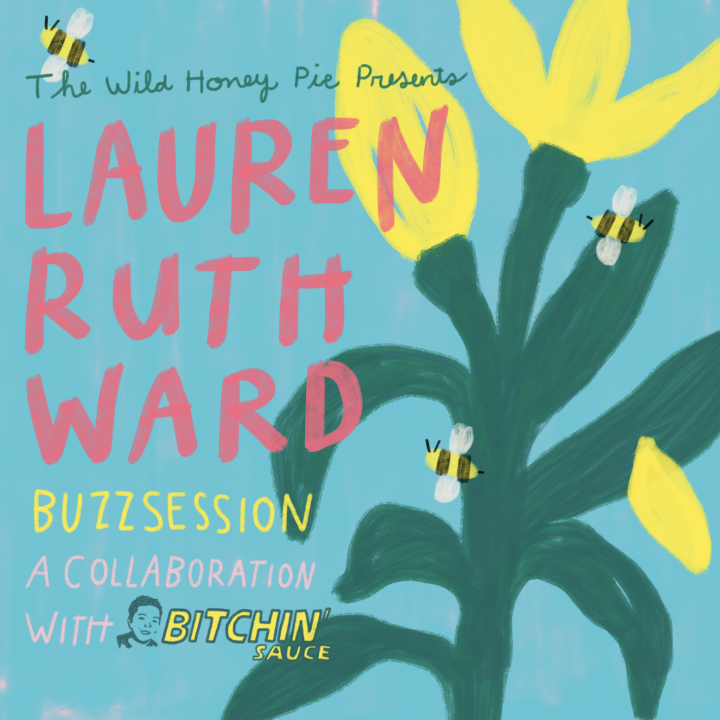 "An acquaintance was just like, your lyrics are like secrets to strangers." These were amongst the first words uttered by the enigmatic songwriter and rock queen, Lauren Ruth Ward, before her ethereal performance at our latest Buzzsession. Ward is a visual and sonic force that cannot be disrupted; she commands a room and fills it with a palpable energy. For this reason, the unassuming design and humble, earthy tones of Moon Recording in Greenpoint, Brooklyn were the ideal pair for Ward’s mystic session. Her free-flowing, bohemian aura is just one of the many factors that made this Buzzsession pure magic. Our friends and collaborators at Bitchin' Sauce also contributed to the experience with a variety of their dips which fueled our recording time. You can find the stuff everywhere and it'll keep everyone happy, including people who eat (or try to eat) plant-based.

The first song Ward recorded was “Pullstring,” a single she released earlier this year. The song itself is already quite introspective and stripped-down. That being said, we were able to capture a certain unique rawness that isn’t quite as clear in the original version. As you watch Ward emote with each word she sings, it's apparent just how much she feels and connects with every single word she wrote. For a moment, you get a very clear glimpse into what, or perhaps who, inspired the song. That being said, as a listener and viewer, you’re still left with that coveted space for individual interpretation that she never fails to leave out. Ward says, "my intention is for people to feel emotion," which is nearly impossible not to see in this performance. Her face and body movements are like a window into an endless human story to which each viewer can add their own perspective. It feels as if Ward is inviting you to be an active participant in her music rather than a passive observer.

She continued to surprise us with her stirring, heart-numbing cover of The Beatles' Rubber Soul classic, "Girl." Just when you may have gotten tired of hearing one too many artists unimaginatively cover a Beatles' song, Ward is a breath of fresh air in a cloud of smog. She handles every phrase with such delicate care, and if you listen close enough, you can hear the way she’s exploring the human condition as she sings. Ward says, "If I could have a wish it would be for [my listeners] to heal and know they’re not the only one going through something." Just like every one one of us, Ward is on a constant journey of self-discovery. We invite you to take part in her therapeutic wandering today.