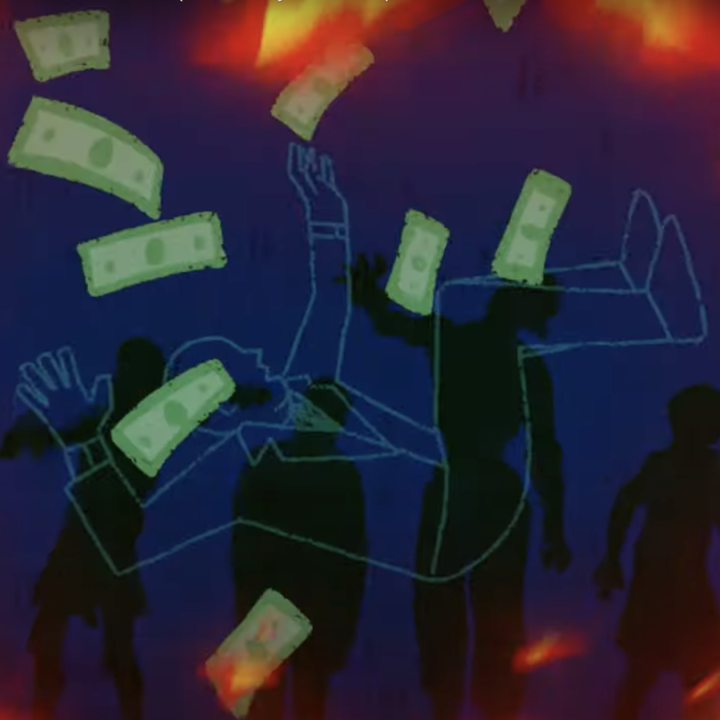 Our latest animated music video brings LA-based roots reggae band Iya Terra's for their new single, "Price You'll Pay." Uniting with fellow Californian reggae group Tribal Seeds, they bar no holds in conveying one simple message: money is the root of all evil. Directed and animated by Efe Karadağli, the vivid video brings their lyrics to life with dollar bills aflame and sold souls afloat, zombies of people who have lost themselves in pursuit of money. Sure, we need it to survive in the already-existent capitalist trap we were born into, and there's no use in pretending that there isn't. But to hoard money and live a life rooted in greed comes at the high cost of integrity—not only looking at the Bezoses and Musks of the world but the systems that enable them. After all, what's left when the money runs dry? For Iya Terra and Tribal Seeds, the real value lies in surrounding oneself with the right people, those who "live for truth and rights" while valuing wisdom above all.