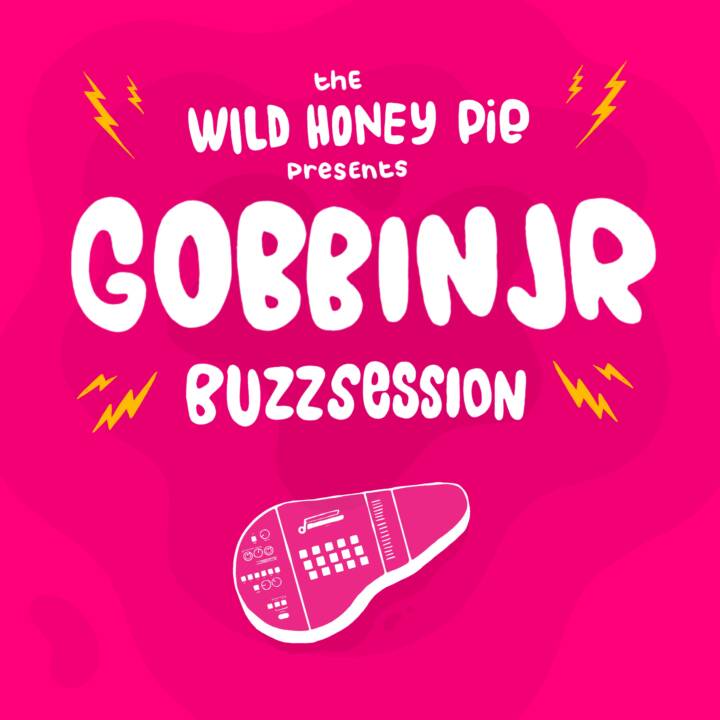 Featured in this Buzzsession are the raw, eccentric whimsies of Emma Witmer, also known as gobbinjr. Through the interlacing of trusty guitar and dashes of synth-organ sound, Witmer sings stories, woes, and loves both intimately and craftily. Filmed at Douglass Recording in Brooklyn, it is easy to tell that the New York City synth-pop group of four felt at home against wood-paneled walls and amongst one another’s company. A trove of treasures, Witmer brought along her kazoo to fill the spaces between thought-provoking lyrical riches.

In “afraid of me," Witmer falsettos upon a feeling: “I keep myself locked in a box beneath my bed." Throughout the whole recording, the connection between bandmates is visible and warming, cheering on one another as she is vulnerable with rejection and the familiar darkness that occupies parts of each life. To see Witmer bring her words to life is a fresh, unshielded display of emotion that will reroute any bystander to ruminate upon their humanity.