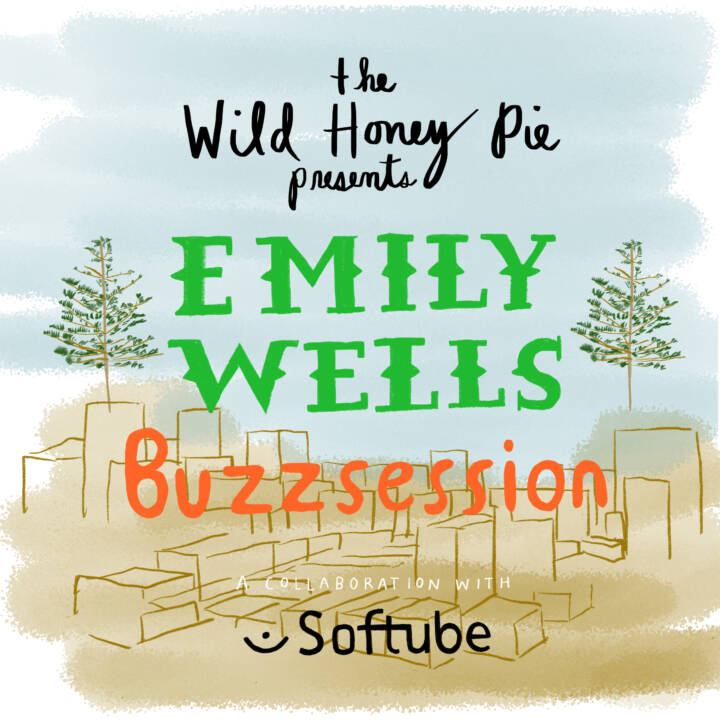 Wielding a dark pair of shades and absolute mastery over her craft, the classically trained violinist turned experimental enigma Emily Wells delivered a poignant performance when she dropped by Brooklyn's Hart Street Studios. Accompanied by cellist and friend Topu Lyo, Wells captivated us with "I Need a Placebo" and "Misconceptions on Forever," both songs off of her latest album This World Is Too ____  for You. With the sunlight streaming through the leaves just right, Wells transformed a lazy spring afternoon into a textured, emotionally complex production. Not only did she bring complete command over her instruments, strings and mixers and drums alike, but within the back and forth of her rich soundscape, she effortlessly showed vocals that were as gorgeous as they were haunting.

Our Buzzsession opened with "I Need a Placebo," a cinematic song from start to finish. Groaning strings from the cello complemented the intermittent plucks of the violin that were later looped and fused together to create the production's backbone. The delivery of her vocals leaped far beyond simply emotive and floated in a liminal space of aching for something lost. While the intricacies of that track ended, Wells continued to bring deliverance to her listeners with "Misconceptions on Forever," a track chocked full of jarring whistle vocals with lyrics steeped heavily in longing and change.

The Texas-born artist started her love affair with music at a young age. A violin prodigy who turned away from the mainstream labels and producers in favor of freedom to create music that she felt passion for. In 2002, Wells put out her first self-released project titled Midori Sour and since then has been actively writing tour diaries for magazines, composing and producing. With eleven solo releases out to date and her latest project released this past March, Wells never disappoints with her wide array of content and deep intelligence of sound and storytelling.

I Need a Placebo