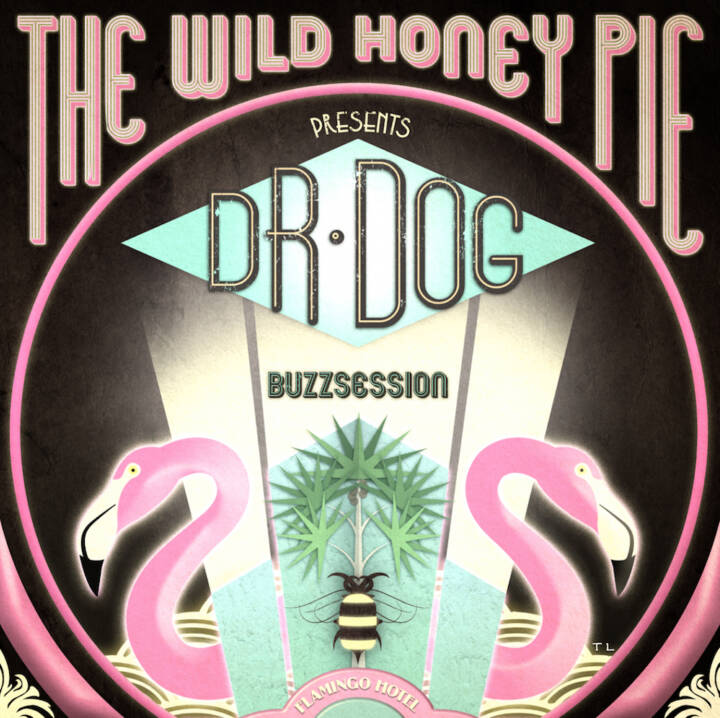 During the early days of January, as everyone else celebrated another successful trip around the sun and a new start in 2015, there was a group with their minds in an entirely different time and space. Dr. Dog, the six-piece rock band out of Philly, was not only preparing for a national tour and the release of a live album, but they were about to take over New York City and transplant it back in time to 1950s Miami Beach.

For eight nights, the band took over Manhattan and Brooklyn, the first half of shows at Brooklyn’s Music Hall of Williamsburg, with the rest of the run finishing in Manhattan at the Bowery Ballroom. They transformed the venues into the fictitious Flamingo Hotel, with a huge pink flamingo on stage and palm trees in the crowd. With time to spare between soundcheck and doors, the band knocked out a couple old tunes for our cameras, “100 Years” and “Be The Void,” and even found some time to crush some custom pies from Two Boots.