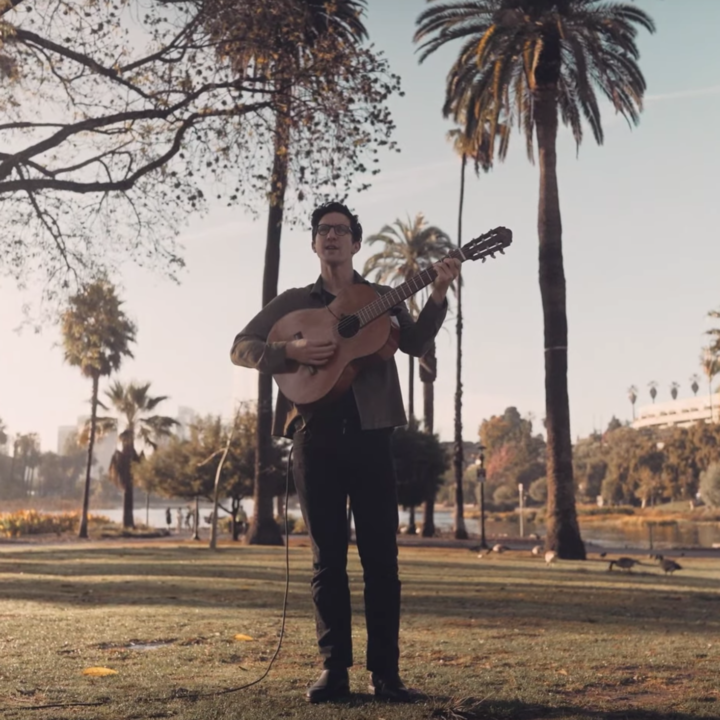 Dan Croll delves into the unsettling, resettling and everything in between that comes with uprooting one's life in our series of music videos that accompany his third record, Grand Plan. From January's wistful "Stay In LA," leading with chirping birds and quintessential palm-treed skies; to June's "So Dark," which has a way of compressing a year's worth of late-night vignettes into one Uber headed nowhere, you grasp the anxiety of starting over in a place that's even more foreign than you envisioned. For the British Croll, LA skies may be sunnier, but the humor rarely lands the same laughs as they did back in Liverpool. Still, as Croll explores on the record, there's no reason to worry that the calm will never come.

Stripping these six songs from Grand Plan down to their barest bones, each delicately filmed live session reimagines LA with a romantic wonder, and you can’t help but savor the same fondness he now holds for his new home. Over the course of these videos, Croll makes us privy to some of his best-kept secrets—not only places like Old Style Guitar Shop or a spot on Will Rogers State Beach, but his synchronic unease, the pining, the eventual peace. No ending is better suited for this series than the idyllic "Surreal," which finds Croll alone in the sand meditating on being part of "the one percent that made it." Alongside Croll, we learn that persisting through the more wearisome times is worth the relief of finally finding one's footing.

Actor With A Loaded Gun