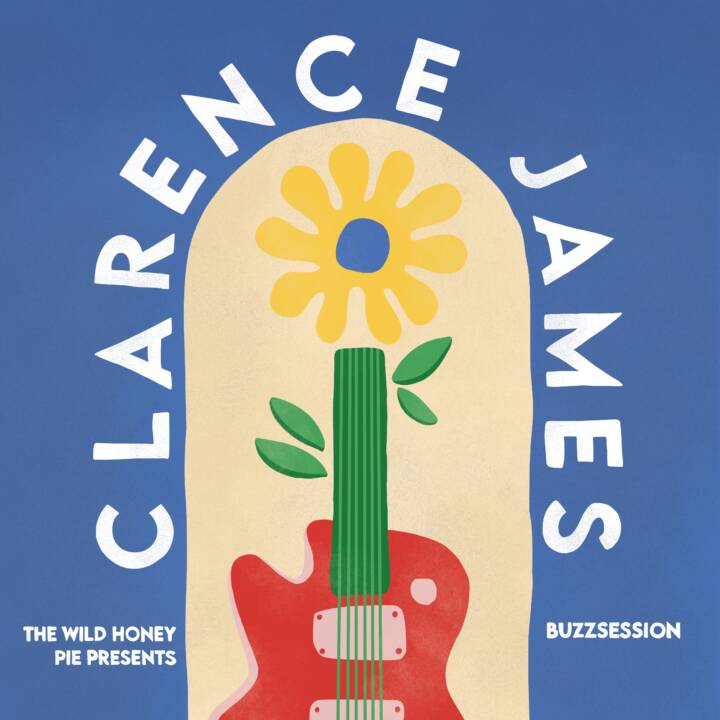 A close shot of a spiky-headed, ornery chicken in the arms of Clarence James is a perfect opening for this video, full of good energy and humor. After a poignant guitar intro, the drums and bass fall in line with a rock 'n' roll groove—driving forwards while retaining a calmness. The live takes of "Learned My Lesson (Switched Perspective)" are interspersed with images of the band hanging out at the studio. It’s all very chill and friendly, which is a perfect complement to this no-hard-feelings song. “I’m sorry I no longer care about you,” James sings, “See, now I’m living without second-guessing” It’s the perfect way to say sorry, not sorry. We fade out on a scratchy, lo-fi shot of James with the rest of the band after practice and we feel as though we’ve been with them in the studio the whole time, just pals.

James’ take on Amy Winehouse’s ‘Between the Cheats’ is an opportunity for him to show off his delectable crooner’s pipes interspersed with some Janis Joplin-esque moments of vocal prowess. While the original was an homage to early fifties rock through and through, jazzy background vocals and all, this version grunges it up a bit while retaining the sweet heartbreaker energy. We enter the video in the moments pre-video, with James’ discussing “crazy-ass ambient sounds” with an off-screen band member. Cut to a doggie mascot and back to the studio where the band is clearly having a blast with this classic tune. The degraded film effect and jarring cuts to chickens, dogs and cats make the whole experience like a home video. We feel like James’ band are our family, we belong, we’re all together in this singular musical moment.

Between The Cheats (Amy Winehouse cover)