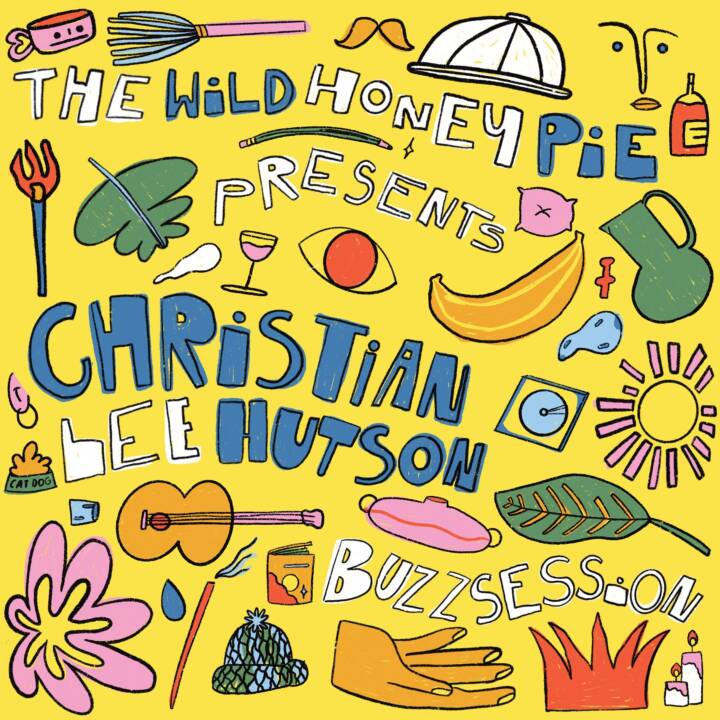 This Buzzsession features harbingers of heartache—Christian Lee Hutson and his guitar. In a time marked by loss of whatever future we imagined 2020 to hold, “Lose This Number” is a poignant, chest-cracker of a song that shows off Hutson’s musicianship. With just 6 strings, Hutson weaves a warm blanket of sound to provide a rendition of the song that sounds anything but stripped down. (Also contributing to sonic density are some backup vocals by Hutson’s neighbor’s dog, whom he is happy to credit if anyone knows their name!). Honest to any good song with voice memo lineage, “Lose this Number” sounds like one of Those Ones—where you can just feel it’s something special. Lyrically, the track mirrors the storytelling tradition of others in Hutson’s creative orbit (namely, fellow break-my-heart-so-good acts Phoebe Bridgers, boygenius, and Better Oblivion Community Center). The wandering narrative weaves between the past and future, both imagined and real, and it gives a eulogy to them all. It’s a specific type of mourning familiar to anyone with a heart and regrets, which is to say—everyone. “Lose This Number” provides a reminder that grief is not a cold feeling (although it is a heavy one). Grief is, in fact, a feeling imbued with warmth because it does not exist without love. You cannot feel loss without recognizing something you want to hold onto. You cannot mourn what you did not once upon a time hold dear.

In counterpoint is Hutson’s cover of "Destroyer" by Lala Lala (Lillie West). Hutson’s spoken introduction provides a perfect intro to his broader musical style—lightheartedness bookended by more serious sentiments. A testament to Hutson’s talent, the cover’s aura is as faithful to the original as it is to his own style. The video footage provides an aesthetic MTV “Welcome to My Crib” style tour of his LA apartment, focusing on photos of friends, loved ones, succulents, and himself cooking pancakes. Also interspersed is a hyper-literal lip-synch performance that is reflexively humorous toward Hutson. He plays up the lyrics to a borderline hyperbolic degree, exactly like he’s goofing off to cheer up a friend (probably, in fact, Lillie West herself). This cover first emerged as a final-show-of-tour treat and friendship tribute during the pair’s joint tours before finally gracing our ears here.

If you can’t get enough of Christian Lee Hutson’s voice and guitar skills, check out his latest release “Beginners” via ANTI- records, streaming anywhere you listen to music. Also, please consider donating to his charity of choice Gideon's Army, a grassroots, community-based organization that designs programs that work to dismantle the school-to-prison pipeline. Through their programs, they actively fight for restorative justice for Black children and their communities.