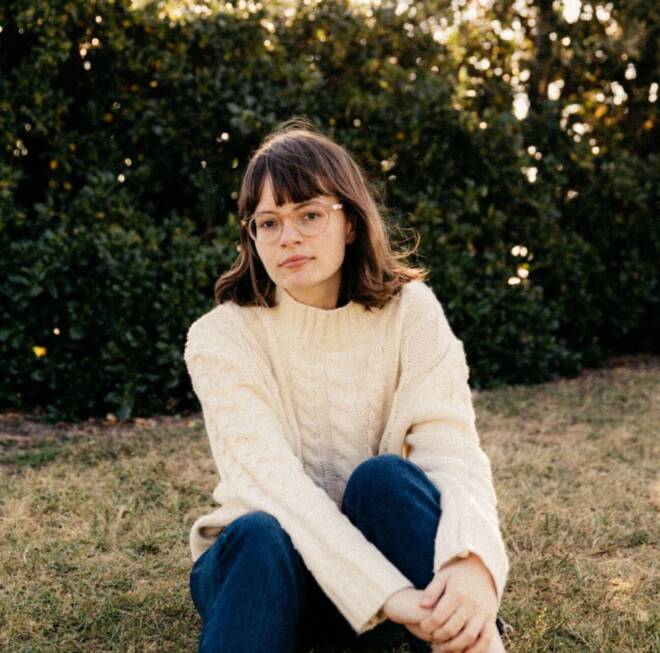 Originating from South Africa, the now Melbourne dweller and singer-songwriter Ruby Gill has a voice that's distinctively her own. In "Your Mum" she sings out her frustrations with a strong-willed and emotional tone that quickly goes from assured to heartbreaking. While at one point her voice is leveled and steady at other points it's erratically emotional. The main line Gill repeats is "I'm sorry I don't cook like your mum" but it's clear that the undertones of this pain are about more than just home-cooked food. Still the way, she uses this argument to release her insecurities both sarcastically and genuinely are breathtaking. With just an electric guitar and a powerhouse voice gone soft she sings, "I know I don't cook like your mum but I'm trying to love her son." Offering her voice, story and self-doubt wrapped up in a song, Ruby Gill has truly given us something of value and substance. 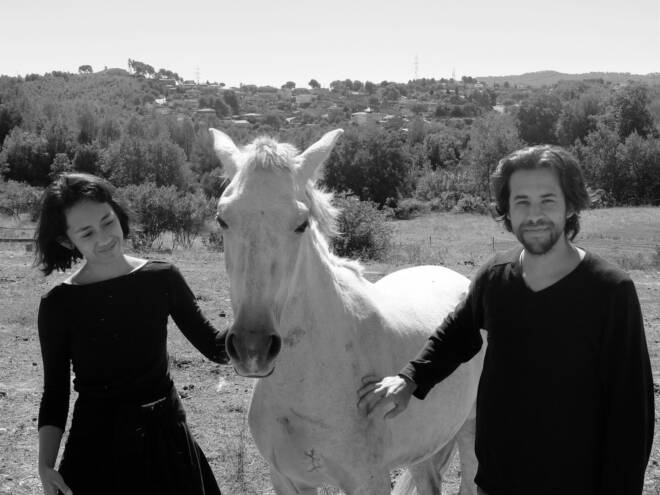 Haley Heynderickx is the kind of tender, open-hearted songwriter that crafts her material patiently and assiduously — much like one would carefully turn a plain spool of yarn into a beautifully knit piece of cloth. Her latest collaborative EP with Max Garcia Conover, an equally honest songwriter, proves that this kind of stripped down, radically heartfelt writing is precisely what is needed in the world of indie music. “Slow Talkin,” which also happens to be the only single released off the EP, encapsulates the ways in which both Heynderickx and Conover effortlessly convey a poetic nature in their lyrics. The weight of their words paired with the pureness of their voices is sure to give you goosebumps — the warm and fuzzy kind rather than the kind induced by fear or discomfort. The song tackles subjects like desperation, self-doubt and the bitter-sweetness of leaving a place or a person to better benefit the both of you. In the chorus, Heynderickx sings, “If you wanna make em’ happy, you’re gonna have to go,” capturing a human sentiment that is numbingly familiar to many of us: wanting the best for someone and knowing that you may not be it. 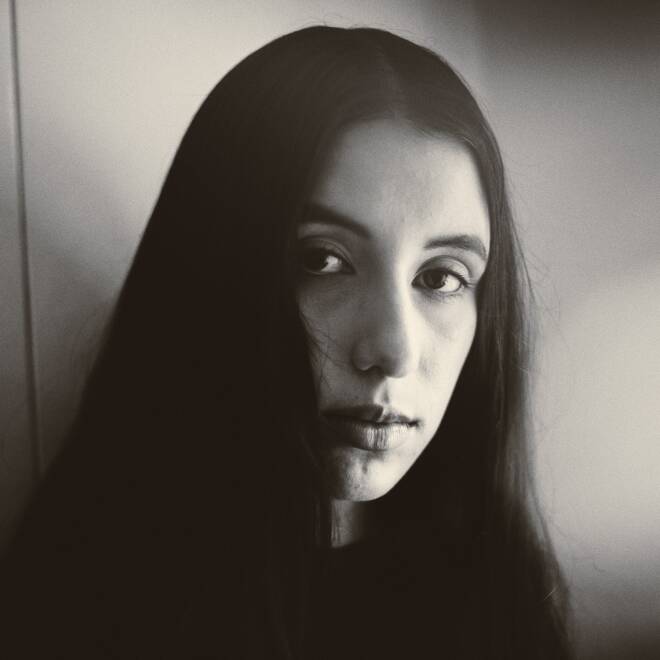 Los Angeles's Loyal Lobos aka Andrea Silva is a new kind of indie artist. Her lyrical songs, milky vocals and the pop influence reflected in her music show a multi-dimensional artist on the verge of a breaking out. In "Wrong" Silva reflects on the end of a relationship reveling in the regrets and emotions that come with heartache. She relates the aftermath of this relationship to being on a long journey starting off the song with the line, "More than five hundred miles since I started walking..." As if extending an olive branch to her ex she sings, "I can't wait to stop walking here / I want to lay down / will you lay down with me?" As she tires of treading through the unknown of life without this person, she asks for rest, for their armor to be brought down. There's no doubt about it, "Wrong" is a beautiful and metaphorical song that showcases Loyal Lobos as an artist and storyteller. 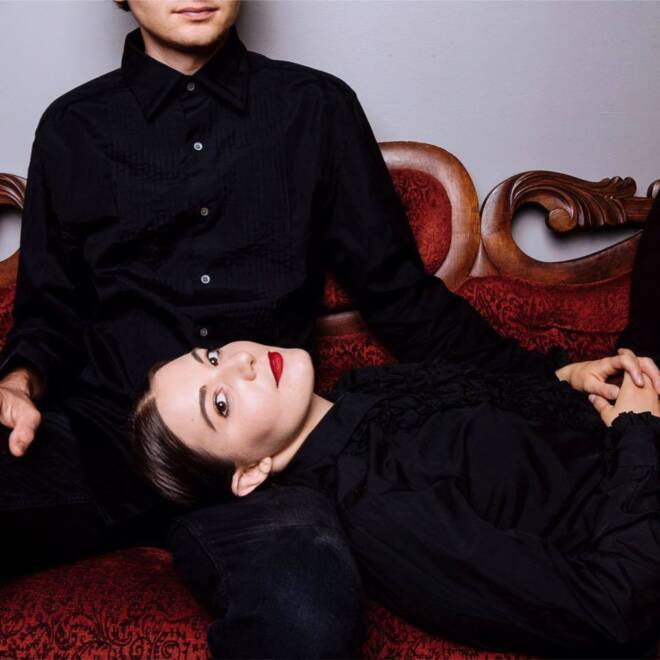 Misty Mtn - Guess Who's Back

Imagine the combination of Western style, Icelandic aesthetic, and Brooklyn beats and you’d be spot on describing the music of Brooklyn based indie pop duo Misty Mtn. With their dark synths and soft folk stylings, the band, consisting of Montana native Morissa Trunzo and L.A. native Luas Segall, have been consistently creating tracks with their signature “dark mountain pop” sound, including their latest track “Guess Who’s Back.” The is track comprised of dark and synthy beats, catchy guitar riffs and keys, and smooth and smoky vocals that touch on feelings of nostalgia and the memories that get triggered by those feelings. The duo have successfully weaved together their influences from their Western roots, Trunzo having grown up singing at rodeos in Montana and Segall in indie bands in his hometown of Los Angeles, to create a unique modern electro pop sound that fans love. 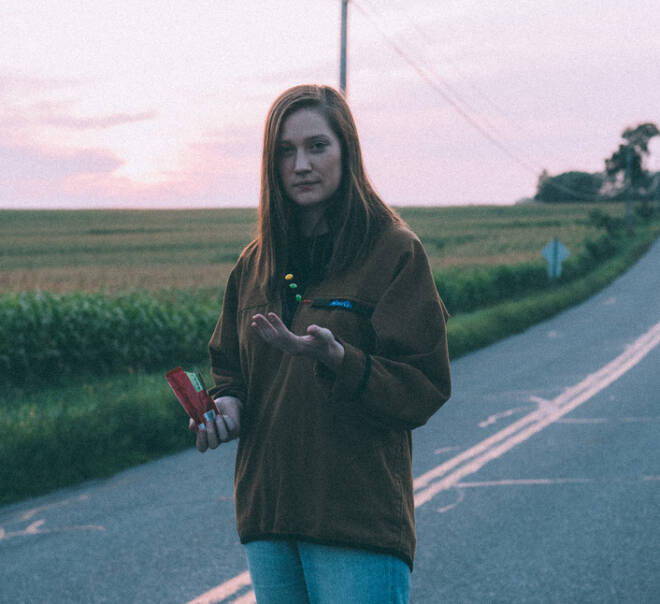 Indie newcomer Casey Dubie officially released her debut album Into the Moon today and starts off the record with the dreamy and lovelorn track "Silver." With the panning of the guitar, vocals, and piano there is an intricacy in the music that perfectly allows Dubie's lyrics to shine. A quiet bravery fills her voice as she admits her faults and validates the she has made mistakes. Still, as the song progress there is a confidence gained that tells of a love that is stronger than past grievances. The shimmer of chimes and synths, comes in at just the right places and while most of the song is filled with the emotions that come with apologies and nostalgia, we do get to also hear the silver lining she sees her love to be. With a track thats gorgeous production parallels its artistry and lyrics, it's clear that Casey Dubie is on the right path. Be sure to listen to the rest of her debut record Into the Moon out today on all platforms! 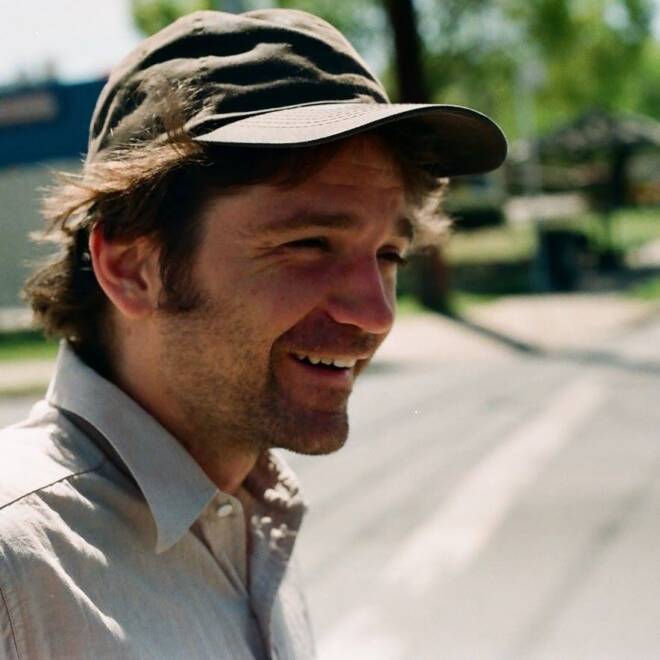 The static buzz from a tape deck signals endless possibility. Pressing play, it could be any number of your favorite songs as the white noise gives way to a more intentional, more meaningful sound. With all of the charming quirk of the opening credits of a Michael Cera movie and the familiarity of a record that has collected decades worth of dust, Mat Davidson sits on the floor examining the state of his life at the end of a relationship in “Young God (gotta lotta feeling),” the first single from Twain’s upcoming 2019 release. He doesn’t take the opportunity to pity himself, as those opportunities come far too frequently in life, admitting that he “was a loser.” Instead, on that fateful Thanksgiving Day, he is grateful for the life that he lives, the connection he made (however impermanent it was) and the boundless future that lies before him. Rather than brood in the silence of a now-empty house, he presses play on the tape-deck-static-soundtrack to the rest of his life. He’s still figuring things out — the guitar and piano never quite line up (in the most endearing way) and he tests the uncertain waters of a time signature change to 11/8 in the (smoothly executed) outro — but the song ends with the same static, the same wide open door. “I know there’s nothing more from life that I could ask.” 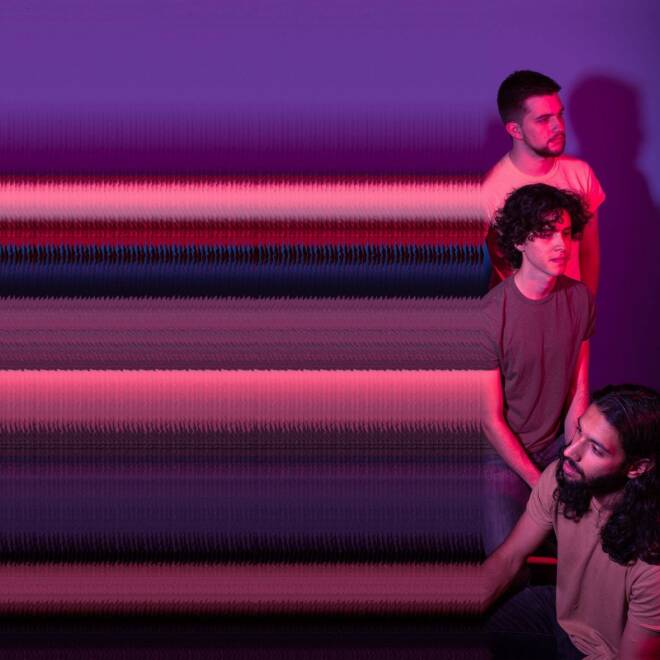 Brooklyn-based trio Ritual Talk wastes no time getting into their lush style of indie rock on the fourth single and title-track, “Plans,” off their debut album out November 9. “Get up out your head and get some working done,” songwriter and multi-instrumentalist, Alex Desimine, opens the song, immediately hitting you with his absolutely sultry vocal and setting the space for a pleasant groove that’s anchored by the pulse of an arpeggiated synth. Tom Criblez supplies a drum beat that has a triplet feel and it is strengthened by the psychedelic guitar supplied by fellow multi-instrumentalist, Dylan Gleit. “Plans,” is a work to inspire you to get out and go do good in the world, but you won’t be able to help getting distracted by the swagger of this song. New Yorkers can find them tonight at their homecoming show at C'mon Everybody in Brooklyn! 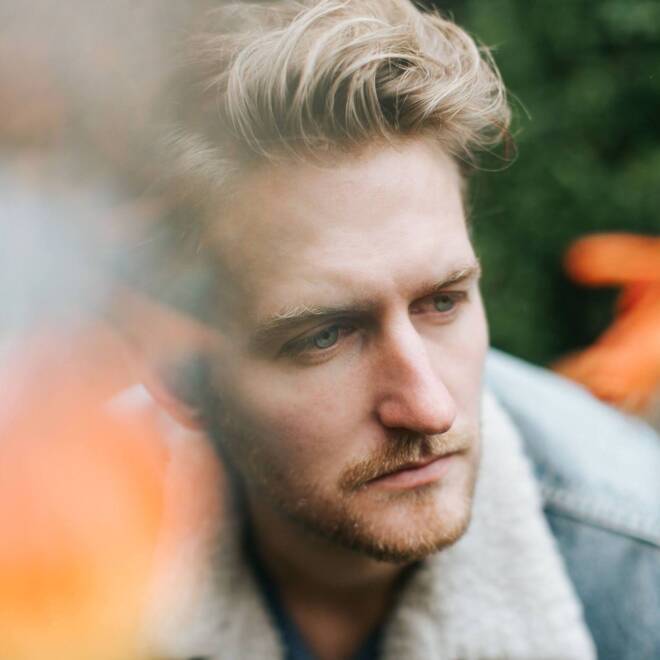 Singer-songwriter Chase McBride combines his gentle and optimistic vocals with sweet and folky instrumentation in his latest single “Pink Lemonade.” The San Francisco native’s track is an easy-going and vulnerable tune making it a perfect listen for those lazy Sunday mornings. At first “Pink Lemonade” begins focusing on McBride’s signature soft vocals and then gradually swells into a blanket of sound that wraps listeners up with lyrics touching on love and memories of a relationship involving feelings of safety and a love for pink lemonade. In the song’s final swell, listeners hear a slight break with the addition of an almost inaudible voicemail left by the singer’s lover, mixed with uplifting guitar riffs, and the gentle fading away of McBride’s voice. This song is sun-drenched in positivity and reminds fans to have faith in love because like McBride sings in its final moments, “It’ll be ok.” 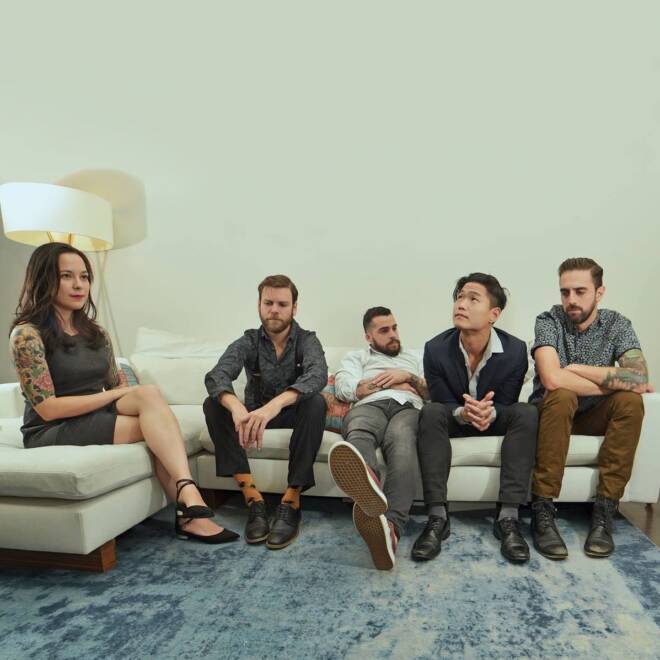 For such a pretty song, OWEL’s “I Saw Red” is as tense as they come. The choruses soar with an orchestral beauty not often paired with the suspense of the quietly haunting verses, showing off the New Jersey band’s versatility and mastery of emotional expression. Singer Jay Sakong uses colors to represent clearly delineated absolutes — the blue of sadness, the color draining altogether from a horrified face or the stark black-and-white contrast of finality and hope, how a goodbye can be loaded with the context of either “Nice to know you” or “Hope to see you soon.” “It’s the most honest and straight forward song I've ever written, and I think there's a real honesty and innocence in that simplicity,” says Sakong. But it is still full of surprises, as he worries that things are not so cut and dry after all. “I found / That this certain shade / I used to see as grey would fade,” he sings, and this realization is a jarring one. The gorgeous orchestration enters the uncanny valley of digital sound, not quite real as the instruments are pulled menacingly out of key. Even through the sepia-toned lens and rose-colored shades, those tans and reds are all just shades of grey. 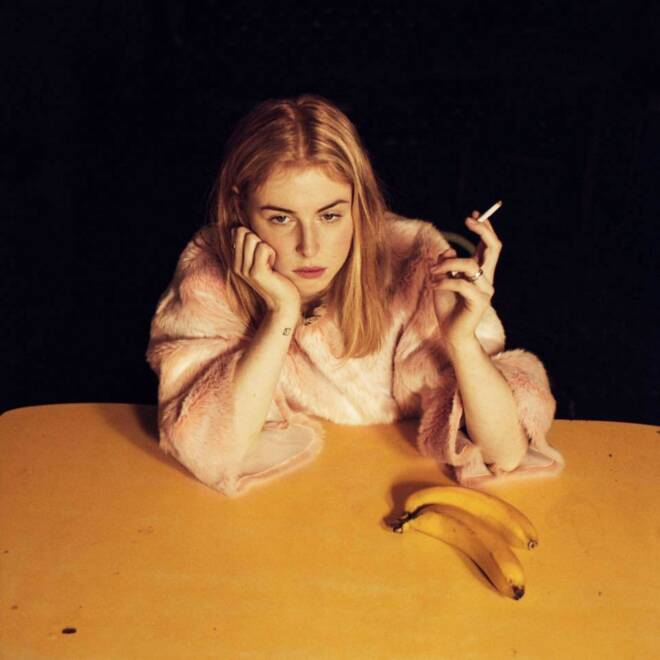 It's been a big year for England's indie-folk songwriter Fenne Lily. After a handful of releases on Spotify, she released her first full-length album On Hold and is already singing to sold out crowds. Although the album came out in April, it's one we still find ourselves going back to and "Bud" is the perfect of why. Both delicate and universal, Fenne Lily captures us in this gorgeous three minute song and makes us feel everything she's singing. "You're on my mind / And I'd like to talk things through / You're on my mind and I know I'll never do." The waters of words unsaid are often murky and treading through them means having to decipher between what is necessary, risky, or both. With just an acoustic guitar and a voice that is at times so soft it seems angelic, Fenne Lily sings bravely into the face of uncertainty with her armor down. Be sure to catch her on tour with Lucy Dacus and also Andy Shauf this fall! 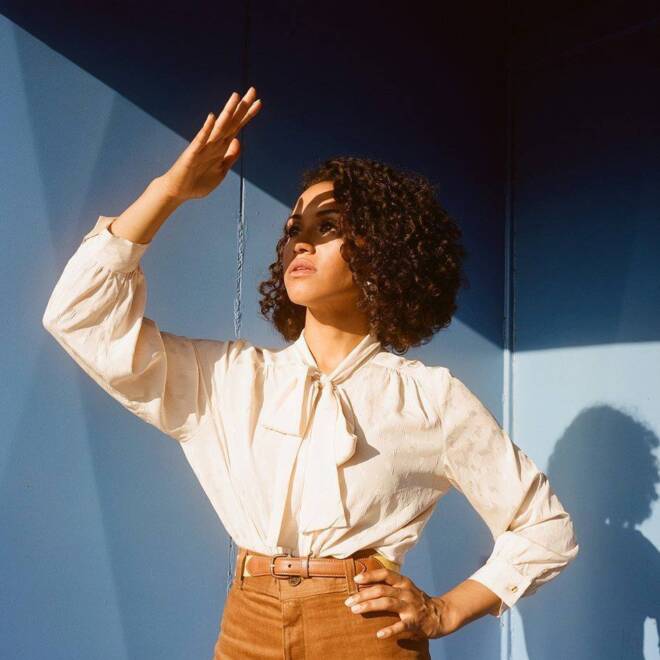 Nearly five months after the initial release of her second album, Kadhja Bonet has put out into the world a collection of outtakes from the making of Childqueen. “The Watch” — a soft spoken ballad of questions — is apart of the Childqueen Outtakes EP, a set of songs that the California-based singer/songwriter believed “deserved to have a life of their own.” Bonet’s voice sails along a subtle, but undeniably psychedelic-pop undercurrent, “Bring on the sun / bring on the sun.” And as the temperature shifts, fall progressing into winter, “The Watch” has a timing that could not be better. But, we have a feeling that the song is speaking to more than a change in weather, but to the way life passes us by season to season, year to year. Bonet asks us, “Does anybody know what happened to yesterday? / It was gone before I noticed” and we relate, we understand exactly what she is asking — even if we don’t know the answer ourselves. A song that carries itself with grace through a sea of existential uncertainty, “The Watch” exists in a space of its own, ringing with emotional resonance.