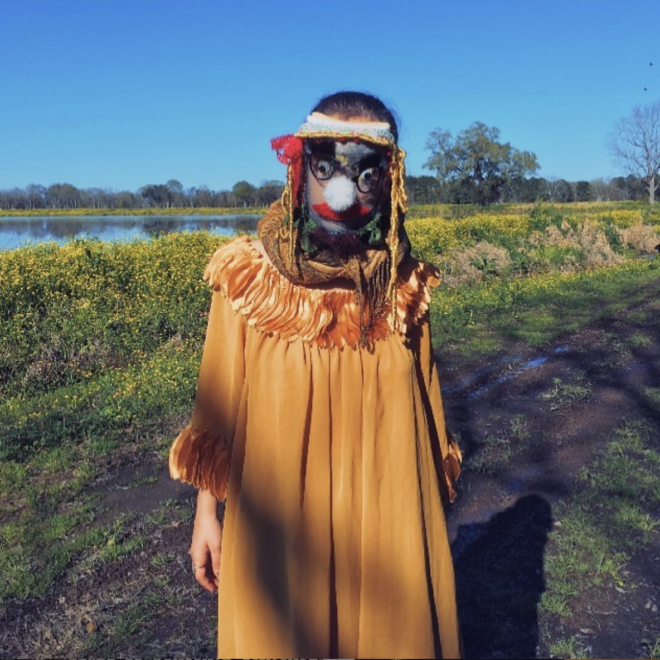 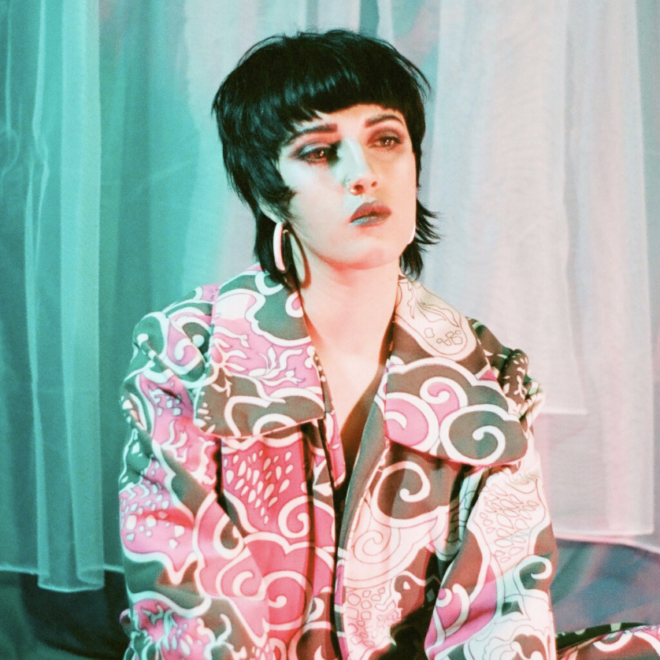 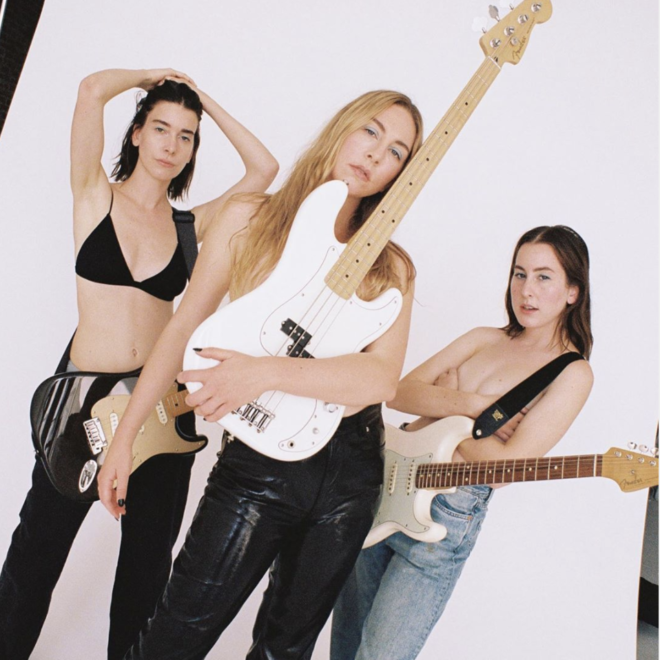 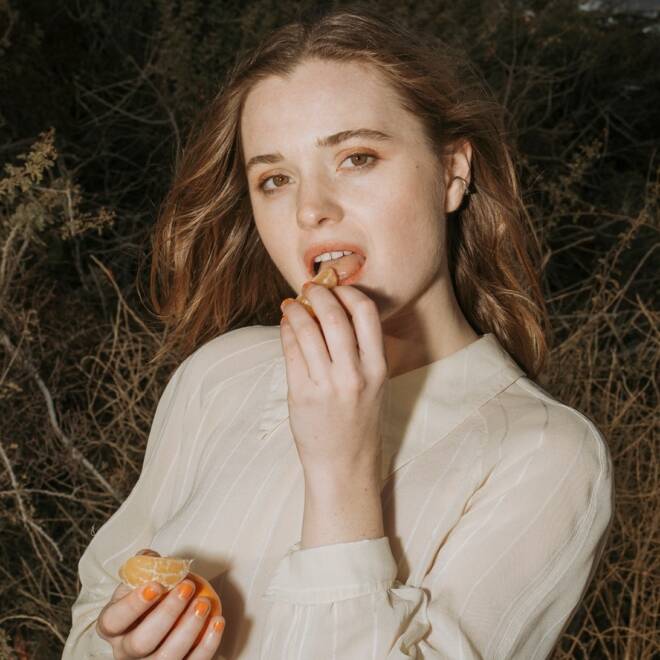 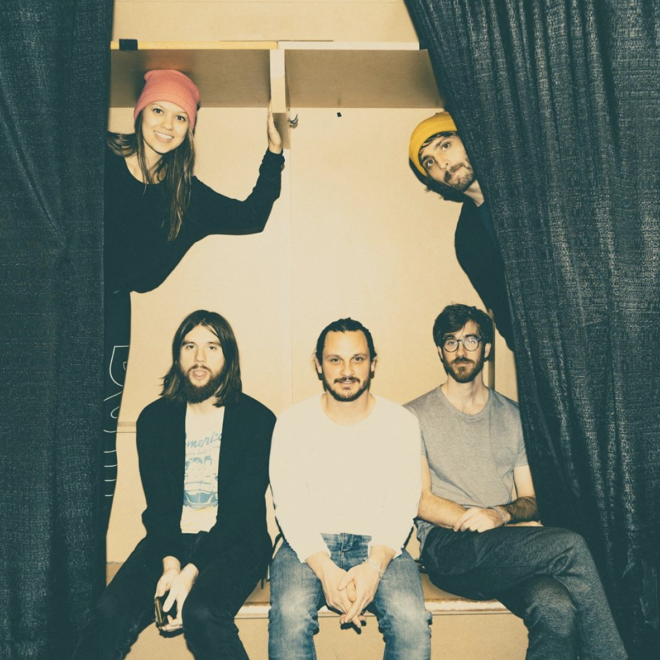 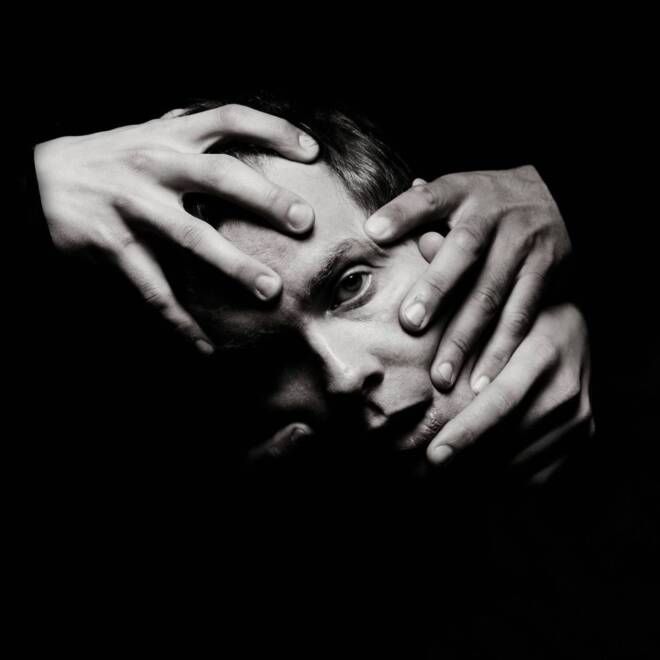 The summer after I graduated high school, I sat with bulky headphones on a hard metal stool at Waterloo Records in Austin, TX, completely spellbound, as I learned that music can literally make you feel like you’re on another planet. At the time, the newly released album Me∂ su∂ i eyrum vi∂ spilum endalaust was the first music I’d ever heard by Jónsi Birgisson, and his band Sigur Rós quickly became my favorite. To me, Birgisson’s music has always been about the sacred, inextricable relationship between filling and releasing. So when I saw that his first true solo release in a decade would be called “Exhale,” I smiled. The track begins with what is essentially a guided meditation: cavernous piano chords lead slowly to eight simple words: “Breathe in / breathe out / learn to / let go.” But the beautiful message of “Exhale” is that in moments of instability, you have to be able to forgive—at the very least, yourself; and perhaps, the universe. As the soundscape begins to shimmer and awaken post-meditation, Jónsi sings, “This is the way it is / It isn’t your fault / It isn’t your fault,” and maybe it’s just me, but right now that’s exactly what my anxious brain needs to hear. Around the halfway point, we begin to hear distant electronic chirps: the first signs of the track's brilliant co-producer, A. G. Cook, and a subtle amuse-bouche for the pounding, cathartic pop he provides for the song’s magnificent coda. The space created by the contemplative second verse (“Hold on / Inhale / Exhale / Exhale it from today”) is then filled with an ecstatic sun-shower of sound: anchored by A.G. Cook’s buoyant bass, Jónsi’s vocals swirl around themselves like a hive of butterflies, and eventually disappear. Then, filled with a fresh hope, you exhale. 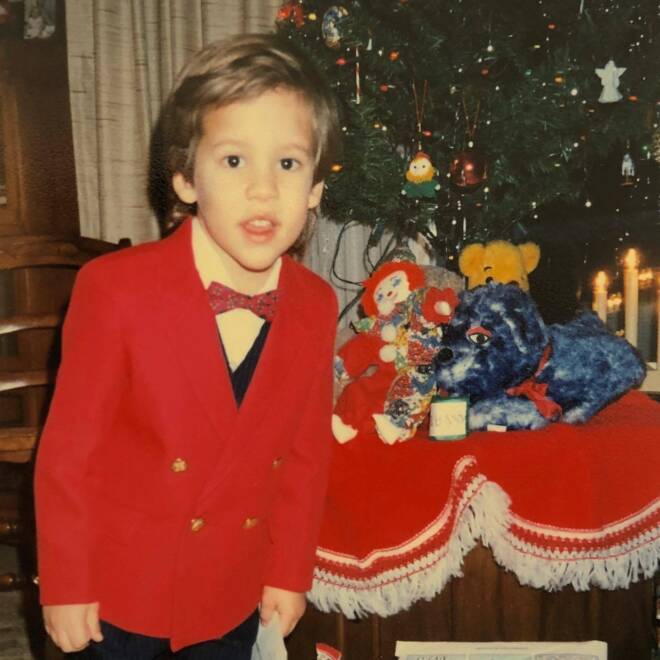 Max Garcia Conover’s new single “Handsome Suit” is a stunning acoustic ballad that weaves sentiments of past and present into one harmonious and well-crafted track. Conover’s gravelly voice radiates feelings of warm nostalgia in a way that is as beautiful as it is bittersweet. “Handsome Suit” combines the sonic qualities of a tactile bedroom demo combined with the refinement and lyrical sophistication of an artist who has mastered his craft. Conover’s first lines, “Half-Puerto-Rican in a handsome suit / skinny little nothing in the buffalo news” sets the tone of the entire song, and prompts the singer’s authentic reminiscence on the childhood and family events that have led to his current multifaceted identity. Conover’s gruff vocals and sincere vibrato are sure to please anyone who enjoys the work of Donovan Woods, Father John Misty and Jackie Green, and nearly anyone else who is looking for a thoughtful Americana tune. 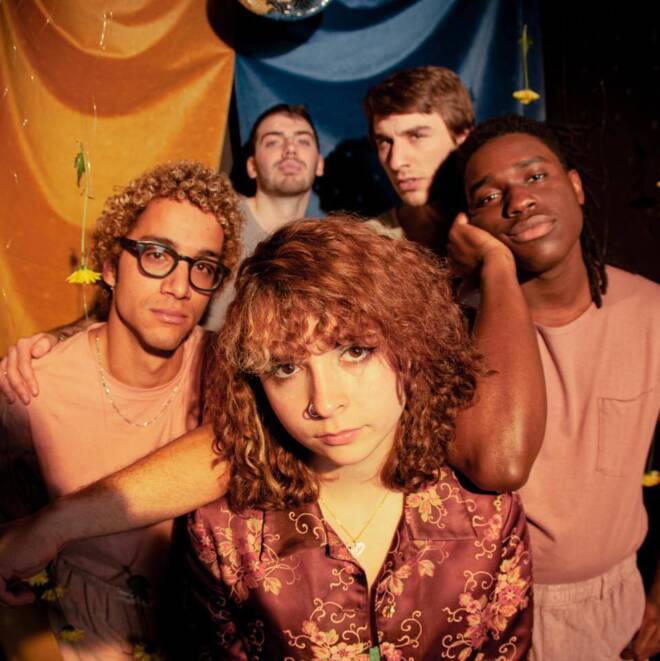 "Maria,” the new single from indie-pop band Similar Kind, successfully captures the enchanting yet endlessly frustrating emotional cocktail associated with deep infatuation. The band, originally formed in Norwalk, CT, released their debut EP Faces & Places last year. “Maria” is the first single to be released from their follow-up project. The song introduces itself with a few sustained synth chords and draws you in with an inviting palm-muted guitar lick. Singer Julia Breen’s hypnotic vocal first appears about 40 seconds in with the rhetorical question, “Maria, why can’t I breathe without ya?” and from that moment on the listener is fully enveloped into the track’s swirling world of desire. Billowing around the vocal is a dreamy instrumental haze that continues to build and morph throughout the song with flourishes from the keyboard, guitar and bass. "Maria" is grounded by a funky drum line that seems to effortlessly drive the music forward while leaving plenty of space for the other instruments to breathe. As the track progresses, the groove seeps into your body, and if you’re not careful you’ll find yourself dancing unabashedly around your bedroom before it ends. 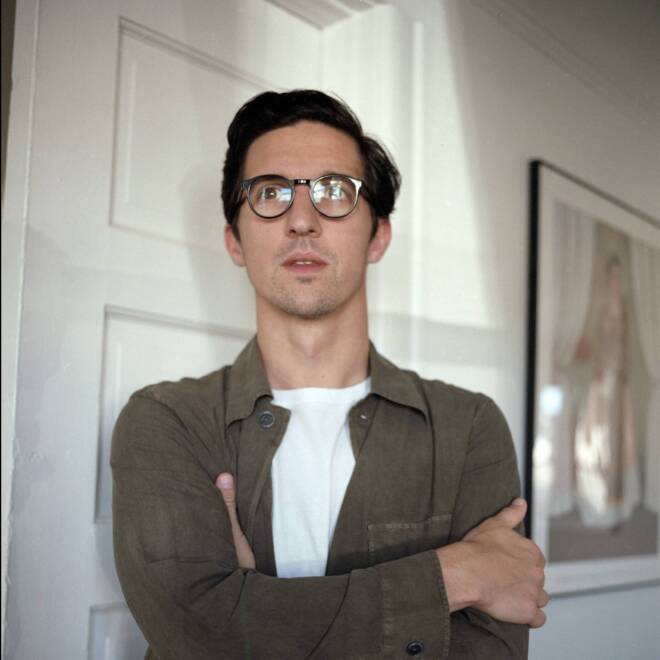 Dan Croll’s latest drop Grand Plan is a quick six-track project, including the captivating song “Work." Subdued electronics and keys lead us into the British musician’s dreamy voice, which sings “Been a long day, been a long week / I can tell you’re tired from the way that you speak." The hi-fi collection of sounds accompanying his vocals is cool and calm, a perfect relaxer for the subject this track is addressing. Carefully crafted combinations of keys, strings and percussion seamlessly weave their way in and out of the soundscape as he sings, “Come and rest your head on the fine silk sheet." "Work" feels as silky as the sheet that he’s singing about, and the subtle complexities and changes throughout build a sense of calm optimism that will have us all asking, “Hey, do you have to go to work today?” 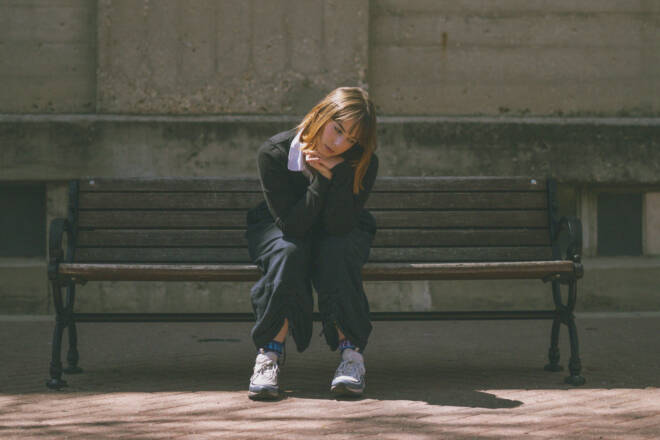 Leave it to bedroom pop artist Jordana to write a relatable song about social anxiety while we're all social distancing. The 19-year-old dives into why sometimes simplicity may be the best thing on her latest single, "I'll Take It Boring." The lo-fi song shares the story of an experience Jordana had at a Halloween party in 2017. She sets the scene and immediately expresses that she regrets her decision to go out, describing the party as a "fever dream." The bittersweet track induces both joy and social anxiety with its breathy vocals, snappy basslines and brooding synths. Her inner introvert truly shines through in lyrics like, "Should've stayed at home I would rather be asleep / I could write a poem, maybe read a magazine / Maybe all of this is exactly what it seems / I am in a movie and the scene is a catastrophe." 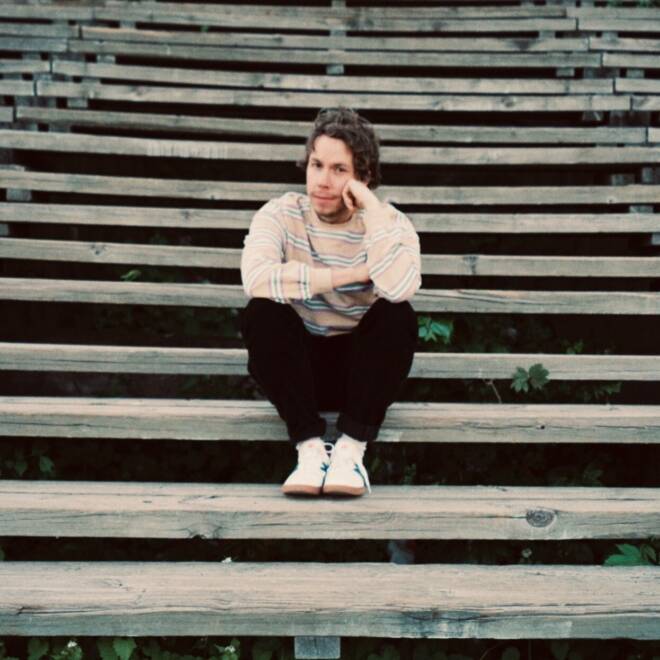 On his new single “Birds," from the upcoming album of the same name, Norwegian singer-songwriter Simen Mitlid expertly guides you through a maze of self-reflection. Memories of friendship, family, doubt and loss are bound together by the consistent sense of longing, both for connection and meaning. The acoustic riff that repeats throughout most of the track, grounds the song as it seamlessly shifts from scene to scene, bringing a sense of cohesion to the vignettes flashing through the narrator’s mind. The additional guitar, flutes, harmonized vocals and eventual drums flow around the repeated guitar line to shape the atmosphere of the song. Mitlid's soft and haunting vocal, reminiscent of Sufjan Stevens, ensnares and transports you. The song closes with the repeated line “it’s something for the future," adeptly summing up the four-minute journey you have just undergone, down into deep introspection and back out again into cautious hope.