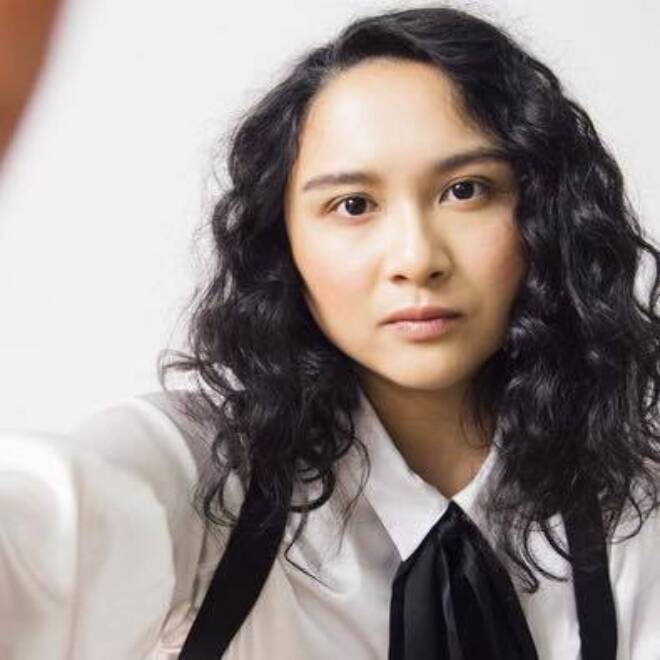 Join Jay Som in a golden summer dreamscape with her butterfly-inducing new single, “Superbike.” Los Angeles-based artist Jay Som (a.k.a. singer-songwriter Melina Mae Duterte) invites listeners into what feels like the song equivalent of an orange creamsicle on your neighbor’s front porch step. With her ethereal voice gliding over bouncy strums and riffs, this track will transport you into a warm, wistful 90’s revival. Jay Som sings of the departure of love: “If I’ve fallen from your lips / Straight to your fingertips / (Somebody tell me)”—her lyrics are evocative of the familiar feelings of heart-rending scenes in favored 90’s & 2000’s romance films. Place this song safely into your pocket and hold it tightly until Jay Som's new album, Anak Ko, is released on August 23rd. 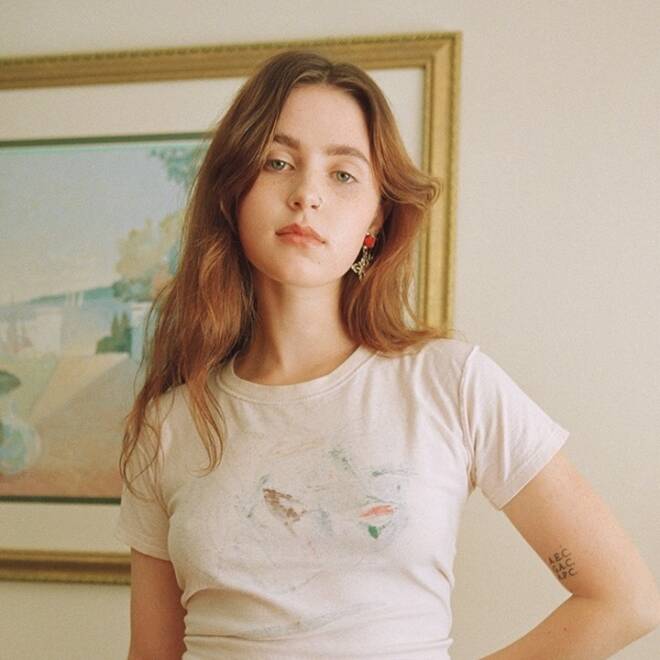 Riveting punches of hollow percussion and warped, loosely jointed guitar riffs burn off the low-fi fog of previous releases as Clairo seeks clarity through internal contemplation on her latest single, "Bags." With a kind of lyrical sleight of hand, Clairo weighs fantasy with reality, her own inner emotional turmoil spilling over in lines—every second counts / I don't wanna talk to you anymore / all these little games / you can call me by the name I gave you / yesterday." Lyrical symptoms of a non-committal lover live lines away from moments that depict the warm glow of contentment, and the reality of the dynamic remains unclear in the same way that Clairo’s voice remains unaffected. "Bags" takes Clairo out of the realm of bedroom pop and into the living room, finding a sense of ease and blossoming maturity in the sheen of her newly expanded sound. 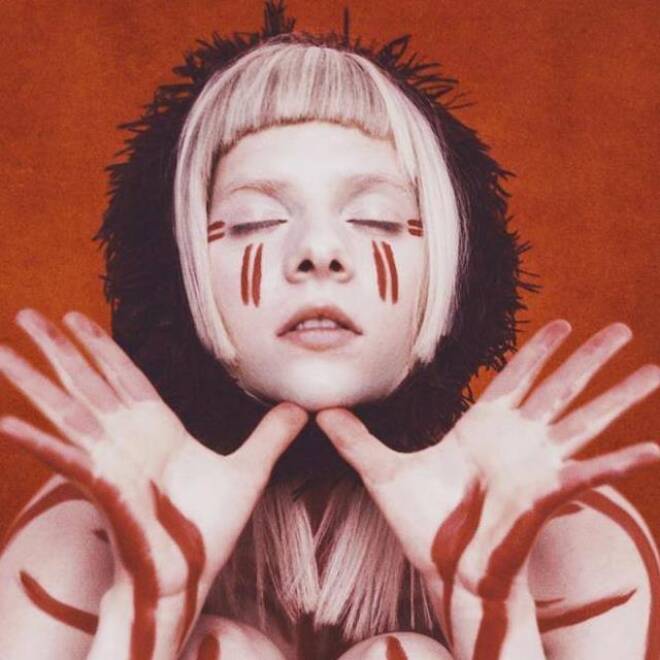 AURORA is back with her chimerical and soothing vibes in “The River,” her third single this year. The 22-year-old Norwegian singer has been introducing the new era of her music in bits ahead of A Different Kind of Human, the second half of her two-part album project. The first part of the project was Infections of a Different Kind, an EP that came out in 2018. “The River” is the second to last single, and it continues the trend of songs directly linked to nature while talking about sensations that are intrinsically human. The track tackles themes of sadness, solitude, and desperation while remembering that our tears are made of the same elements that construct rivers and rains. “The River” reminds us that life comes in flows and calls us to not forget who we are and what our souls are made of—all while maintaining the sonic spirit of a cavernous river, somewhat characteristic of AURORA's sound. A Different Kind of Human comes out Friday, June 7th. 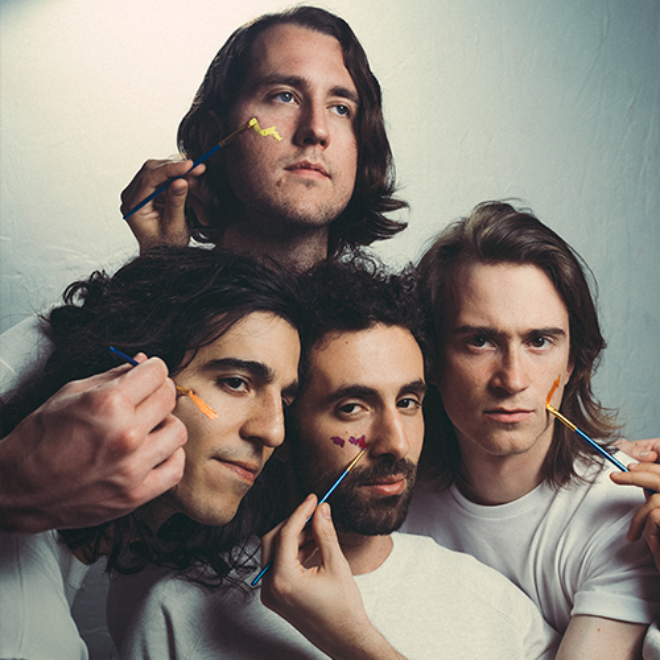 Proust once said, “Love is a striking example of how little reality means to us.” When we care about someone, the desire to know the intricacies of their world—what book is on their nightstand, what chips they buy at their favorite grocery store—becomes the driving force behind our affections. The possibilities cloud our rational thoughts and judgements. All we really want to know is: what’s it like to be in this person’s life? That’s the question Sure Sure asks on their newest single, “What’s It Like?” Inspired by the novel on his own nightstand, vocalist and guitarist Charlie Glick ruminates on the possibilities in the lyrics: “What’s it like / To handle your vacuum?... What’s it like / To get too drunk with you?” The melody is fun and upbeat, and like the arrangement, has an infectious sense of optimism at its core. Opening with some singalong-friendly uh uhs, a light, sunshiny synth, and tight, thrashing drums, the track immediately invites you to participate with your entire body. It never once loses its momentum; the crescendoing arrangement only gets brighter as it goes on, culminating in a cool electric guitar riff followed by one big, vibey party of sounds in the last chorus. Simply put, “What’s It Like?” is a euphoric, sun-soaked jam. It’s the last single before the release of Sure Sure’s 8-track album of the same name, out June 27th, and is one of our most anticipated releases of the summer. 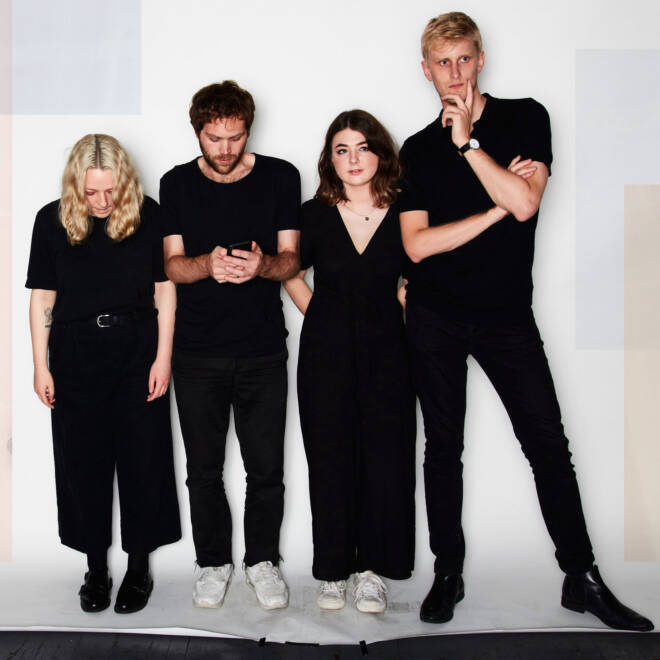 What started as an online project between friends based in New Zealand, New York, and Paris swelled into a musical force that boasts two full-length albums, three EPs, extended tours, and a myriad of singles and collaborations. After concluding EP III in 2018, alternative dream-pop band Yumi Zouma followed up with their self-released single, “Bruise.”  While “Bruise” is immediately recognizable as belonging to the band, band members Christie Simpson, Josh Burgess, Charlie Ryder, and Olivia Campion described the track as “way too club” to include on any of their earlier projects. Luckily, the eclectic, shimmering bop is more than capable of standing alone. Yumi Zouma’s signature sound comes through in the swirling synthetic beats and is elevated to a full-on dance floor smash with high-energy keyboard and club-esque bass and drums. The band is known for their glittery, dreamy soundscapes but while their songs typically guarantee shoulder-swaying and head-bobbing, “Bruise” will have you on your feet in a full-on hip-shaking dance fever. 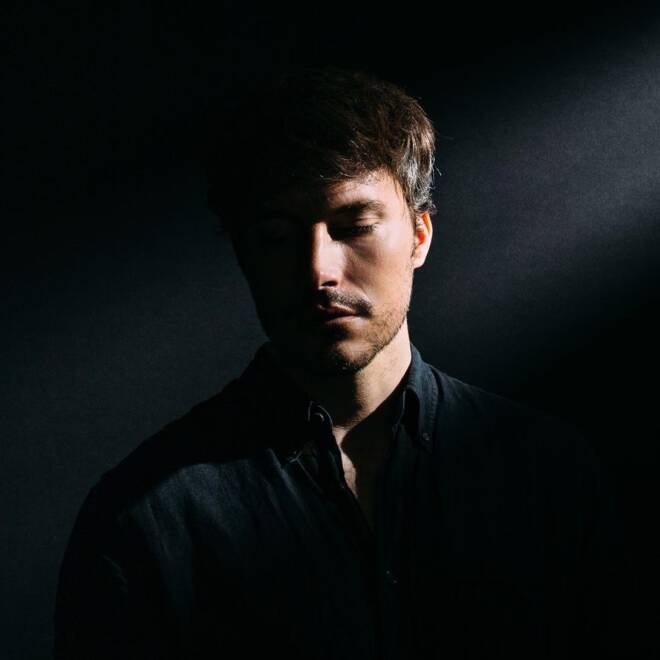 Payton Odom's latest EP Sightlines is a sonic escape. “Hinterland,” the last track off the EP, is laced with instrumental chords from guitars and horns that create a gorgeously rich jazzy background to accentuate his vocals. Having lost his voice in a fluke some time ago when first starting up as a solo artist, the focus on the depth of feeling Odom's voice is able to bring out in the listener never gets old. With a slow pace and beautifully placed lyrics, the song's build matches that of any of his past pieces and sets the tone for his future ballads. "Hinterland" is simple, meaningful, and funky. 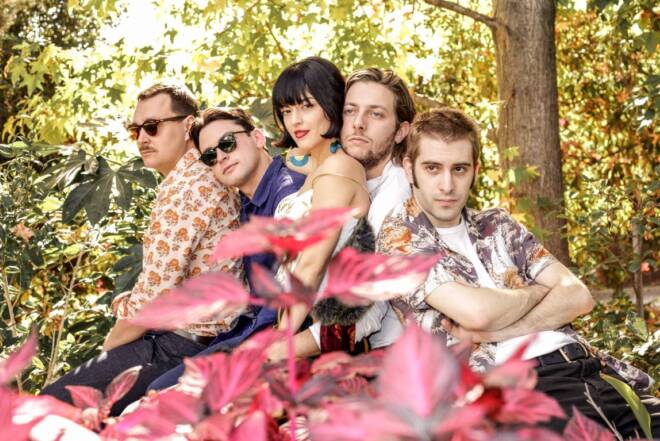 The Marías - ...baby one more time

Britney Spears’ iconic pop hit “...Baby One More Time” turns 20 this year, and to celebrate, psychedelic indie-pop group The Marías has released a dreamy cover. An amalgamation of jazz, indie, and funk influences, “...baby one more time” is a softer rendition of the original and swings to a smooth, sultry beat. Lead singer María’s vocals, sung just above a whisper, are velvety and sweet, guiding you through the arrangement with sweeping attention and ease. Her intonation, particularly in the “Oh baby, baby” backing lines, is even reminiscent of Britney herself, turning the nostalgia level up a few extra notches for good measure. Still, the light, delicate synths behind the vocal work with the jazzy percussion give the track a timeless feel. The original is planted firmly in the 90s, but “...baby one more time” transcends decades and genres. 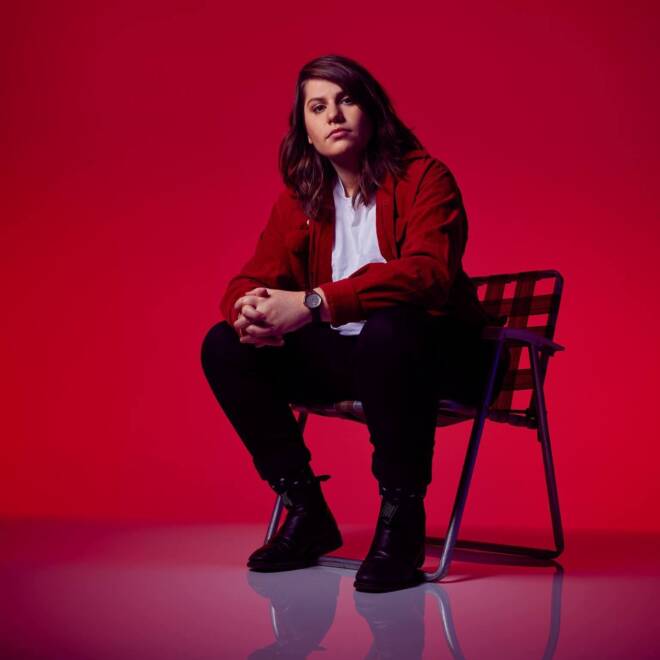 Australian artist Alex Lahey's "Unspoken History" prettily describes holding onto a relationship despite its troubled past. It can be hard to detangle yourself from people who have become essential characters in your life, and sometimes it doesn’t feel like it is worth the trouble. Even if the relationships are proving to be more detrimental than uplifting. The echo of the piano adds a softness to the track that we don't often hear from Lahey as strings come in to fill the space in-between. It is full of softness with very little dead space as she sings, “We couldn't play the roles we were assigned / wasn't any space with everything on your mind.” She managed to make a light and airy song with a gloomy message—leaving someone behind when you aren’t completely ready to let go of all the good that came with knowing that person. It’s sad, but her intonation and the brightness of the arrangement makes it a hopeful sadness. It’s sparse compared to the rest of her discography, but it hits just as hard. "Unspoken History" is the third and final single off Lahey’s sophomore LP The Best of Luck Club released via Dead Oceans on May 18th. 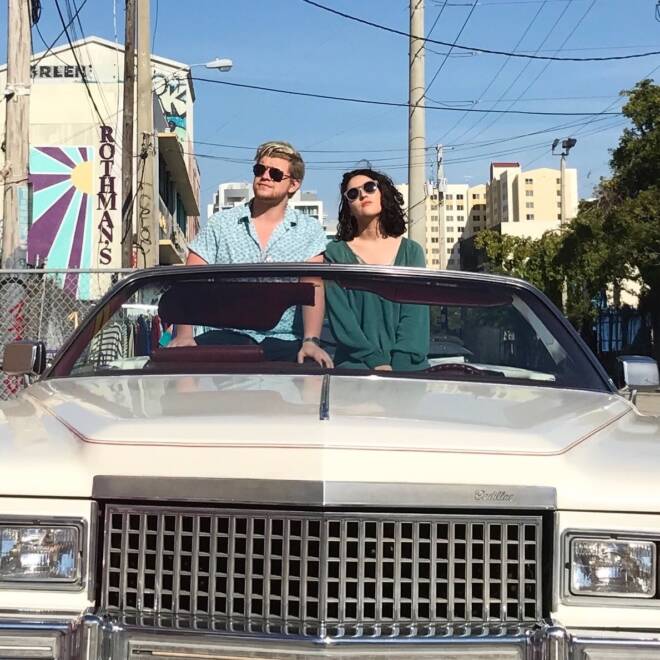 There’s a heartbreaking scene somewhere in the middle of (500) Days of Summer that follows Joseph Gordon-Levitt through two parallel parties, one labeled “expectation,” the other “reality.” In one version of the party, he’s the charming hero he wants to be, but in the latter, his jokes don’t land and he is reminded just how over his relationship is. When going well, it’s hard not to see the different parts of relationships as one, but faltering relationships often have two very different sides, a phenomenon played out by Fake Dad in their new single, “Can U B My Home?” Like a dreamy, polite version of Gotye’s inescapable “Somebody That I Used To Know,” the track features one lonely, heartsick mess (“Sometimes it feels like you hold / The better half of me”), as well as the breaker-upper wearing 20-20 hindsight goggles (“Everybody’s asking if you need help / But there’s no shame in trying to do it yourself / Just take my masterpieces off of your shelf”). The letdown itself is gentle in a way that reminds us that a breakup isn’t necessarily malicious, and the production of the track, with its ethereal piano chords and hip-hop-influenced beat, places Fake Dad squarely in the world of a genre-bending band like Glass Animals, but it was clearly of the utmost importance to make it all seem effortless. With the song’s feel-good summer vibes, it would be easy enough to forget its subject matter entirely. Fake Dad says it right there in the band bio, their mission statement reading loud and clear: “They want you to know that everything is going to be okay.” 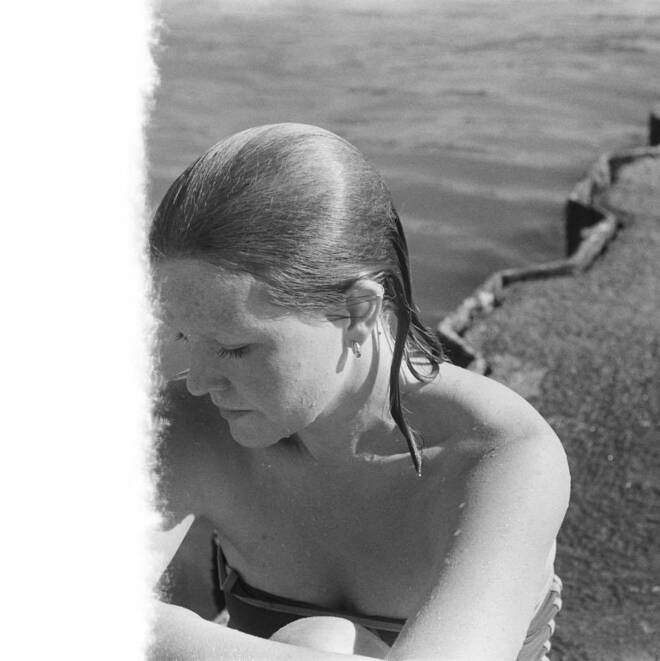 Indie singer-songwriter Arlo Day has arrived on the scene to break your heart. Arlo Day, a moniker for London-based Alice Barlow, has released her second track, “This Love” from her upcoming debut EP, Bad Timing. In her new song, Barlow invites us to follow her down the rabbit hole that is a toxic relationship, describing the addictive nature of a love you can’t quit. Gloomy, electric guitar strums and grounding, hypnotic drum beats play underneath yearning vocals—creating a mesmerizing sound that has you feeling like you’ve stumbled into a private and painstaking moment. “This Love” combines dark, enchanting melodies with a knack for storytelling to pull you into an inner turmoil before you can realize it’s happening. Barlow returns again and again to her mantra, “This love, I won’t do, I don’t want to be apart of it,” seemingly trying to convince herself just as much as her audience. Her voice climbs and wavers and fades on every “This love,” making the word entirely inescapable throughout the song. In the last line, Barlow makes a slight edit and sings, “wish I didn’t want to be apart of this,” suggesting a relapse that leaves us aching as the song ends quietly. Arlo Day’s Bad Timing EP is out this Friday, May 31st via Domino and is sure to be a bewitching debut if “This Love” is any indication. 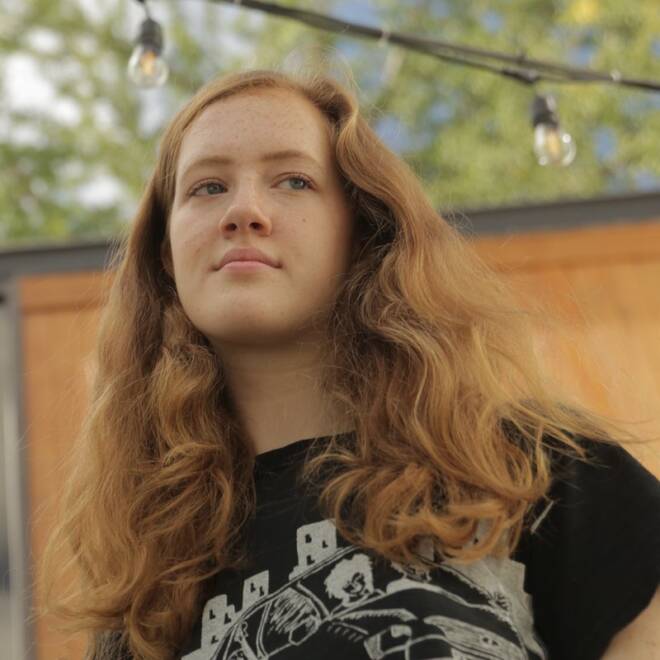 Sidney Gish’s single “Somebody’s Baby” throws a contemporary spin on Jackson Browne’s 1982 original. The instrumentals blend synthetic and natural sounds in a delightful fusion of old and new. Gish’s cool vocals immerse the listener in the universal story Browne penned in the original—overcoming doubt to pursue a crush. This track is filled with infatuation and butterflies in the stomach. Through calm and mellow music, Sidney Gish’s bold artistry shines through.