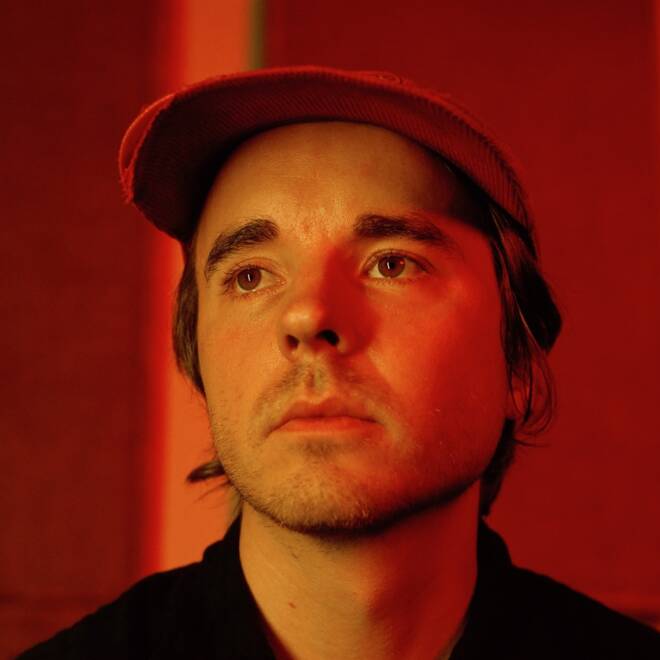 "Judy," the latest from Saskatchewan-born singer-songwriter Andy Shauf, is one of two B side releases from his most recent record, The Neon Skyline. In keeping with Shauf’s signature narrative form, "Judy" finds its protagonist nostalgic about his times playing the lottery with his eponymous ex-girlfriend. “What would you buy?” one of them asks in the chorus. “I’d buy a ticket for the Thursday night and try to win twice,” the other answers—a risky move, but what’s a romantic relationship without a little risk? Shauf makes a clear comparison here.

Echoing the mellow and gentle vocals of Stuart Murdoch from early Belle & Sebastian records with the playful tenderness of Jens Lekman, Shauf establishes himself as the friendliest voice in indie folk music. But all Canadian stereotypes aside, the track's brilliance lies in its straightforwardness. Shauf’s swaying guitar strumming seasoned with a pinch of a 60s-styled tambourine shake adds the perfect base to Shauf’s most notable ingredient: a genuinely simple and sincere story. 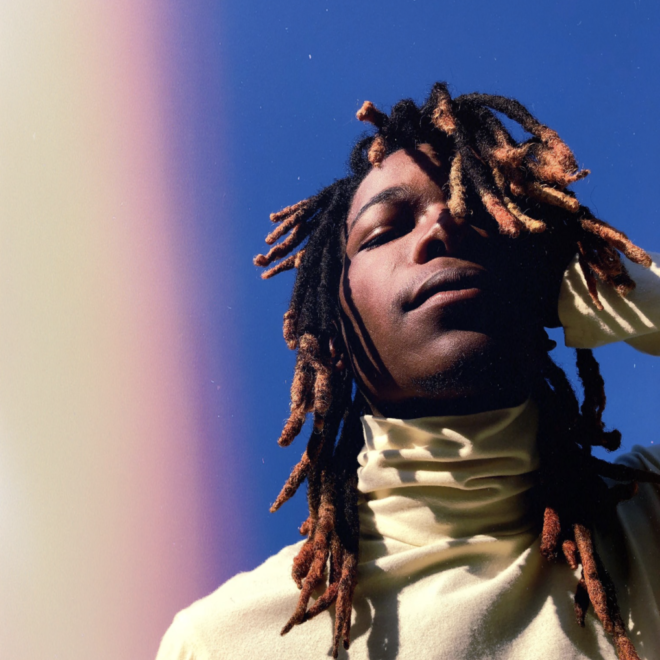 “Little” sounds like arriving at your final vacation destination, complete with the feeling of anticipation that is finally going to come to fruition once you step out of your car and onto the beach. Chimes alongside the chorus make the track literally glisten, while the simple—yet unforgettable—lyrics make “Little” the song of the summer.

Horns give the track an anthem-like power that is directly aimed towards acceptance from a new love interest, one that Alaska’s very own Jany Green is already devoted to. He submits to infatuation in the lines “There's no faking, take all my time” and admits he’s “soft as Jell-o lately,” noting that he has already fallen and is not getting up any time soon. But Jany Green says it best: just getting a “little” love is better than no love at all. 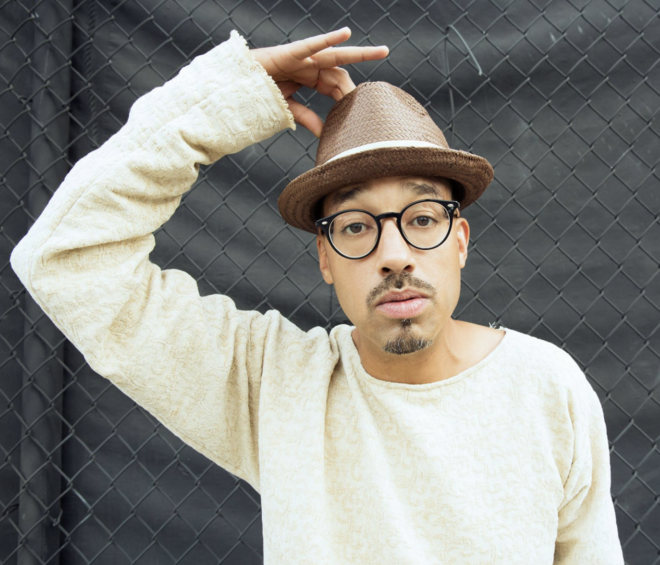 With its infections beat and more-than catchy lyrics, Pigeon John’s new track “They Don’t Make Em Like Me” is impossible not to love. The song’s energetic jive functions as an ode to misfits, rebels and creatives alike. It celebrates one’s possession of authentic charisma, a trait that in our digital age, seems remarkably scarce. “They Don’t Make Em Like Me” pays homage to early 2000s jams like Junior Senior’s “Move Your Feet”  and “The Bad Touch” by Bloodhound Gang with its irresistible techno-funk rhythms and syncopated vocals. This anthem is equally suited as a precursor to a night out on the town, or as the soundtrack to a socially isolated dance party.

While “They Don’t Make Em Like Me” is unforgettable on its own, the track’s accompanying music video—directed & animated by Andrew Colin Beck and produced by The Wild Honey Pie—makes it stand out even more. Featuring typewriters, floppy disks, polaroids and cassettes, it is sure to spark feelings of glimmering nostalgia. 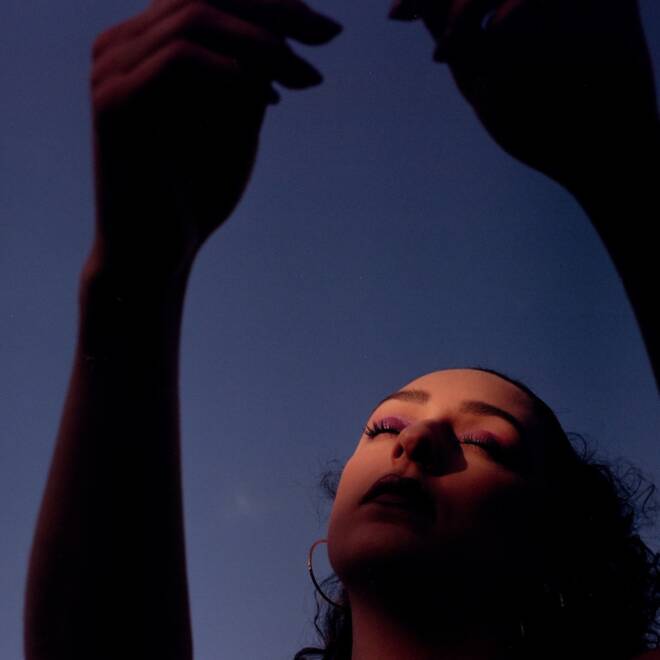 Raquel Rodriguez - Nobody Else

Raquel Rodriguez has gifted us with sage advice in the most soothing way with her latest single, “Nobody Else.” This song is a love letter to self-care. It’s the perfect anthem for today’s trying times, as Raquel encourages her listeners to nurture their mental health. She has an everlasting gift for articulating the authentic human experience and transforming her lyrics into soulful hip-swaying jams. Sam Brawner’s production is clean, thoughtful and supportive of the track’s message. The drums hit home with funk flare and hints of 80s drum machine, which is a staple of the Blue Dream Studio sound. This track is the beginning of a cathartic new chapter for Raquel Rodriguez, as she prepares to release her next full album. Raquel is an artist who shows up for her community. During COVID times she has been a consistent source of strength and optimism, hosting high-quality live streams, and providing Q&A conversations with her collaborators. “Nobody Else” is a promising glimpse at what will be a heartfelt album full of hits. 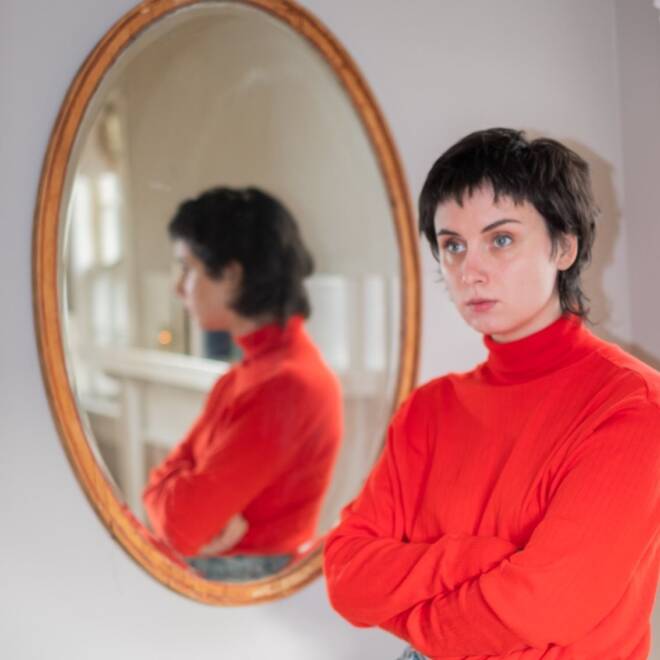 If human beings have mating rituals, they are even more convoluted than those of bowerbirds; but in a way, their complexity is what makes them so adorable. Katy Kirby’s song “Tap Twice” is about this ritual—or, as she puts it herself, “the process of silently negotiating with someone what you might mean to each other.” There is something so poignant and on-the-nose about that framing. In the early days of a new relationship, it really does feel like a negotiation. Before you can begin to fill the delicate scaffolding of possibility with sturdy things like trust and mutual understanding, you have to fill it with tiny questions and wait for the tiny answers. The questions, of course, can take many forms: maybe you bravely assert you like a particular movie or band in hopes of unearthing a shared interest; or perhaps, like Kirby, you quietly leave a bag of oranges as “an offering” in the person’s bedroom. As the ritual goes on, you often get a little braver with your gestures, too, and Kirby smartly mirrors this effect over the course of the track with instrumental layering and sheer volume. Before you know it, what began as a few cute riffs of why-not-try has turned into a full-on jam session of real emotional investment. And the time it took to get there feels just as short and sweet. 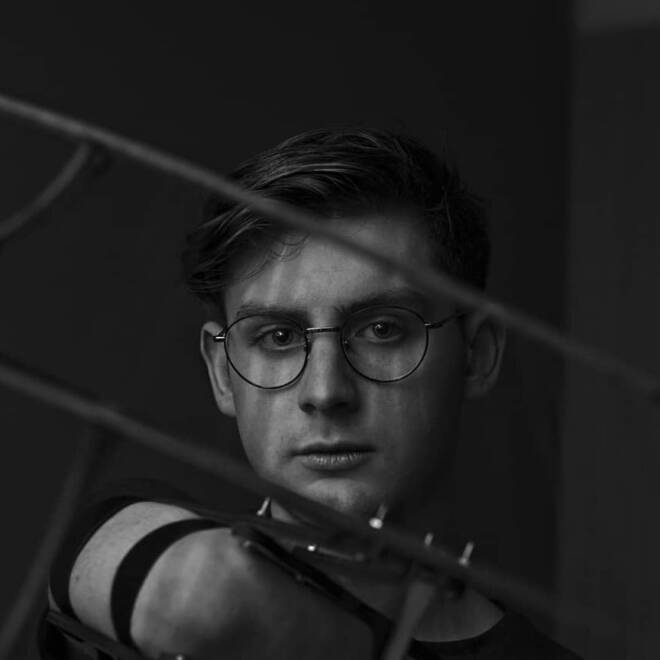 Charlie Wilde’s new release, “For You #3,” burns with slow catharsis and submerged introspection. Wilde’s quiet and vitriolic voice is more than complimentary to his mournful lyrics, which despite their understated deliverance, loom with curious and haunting urgency. The track is teaming with bassy and phlegmatic guitar riffs that give way to faded reverb, which, despite the song's forward momentum, always seem to linger in the background. Perhaps these impassioned sonics, much like the thoughts of the speaker, never disappear entirely. 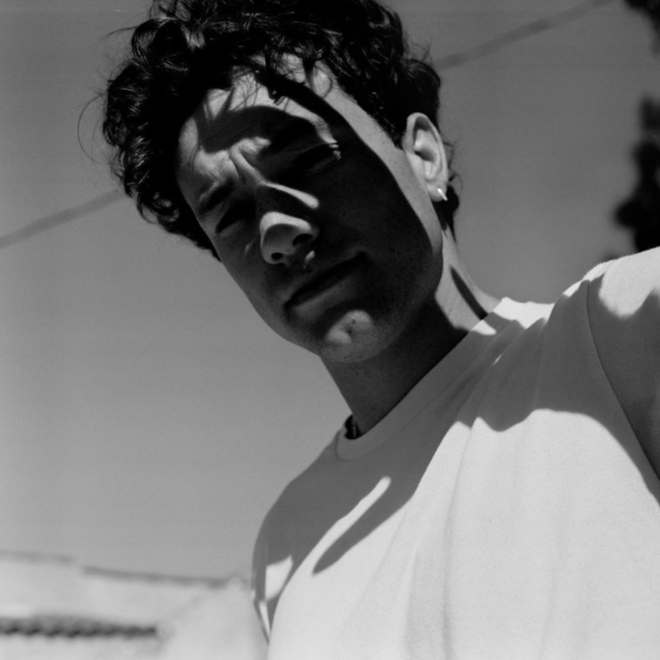 “Innocent," the latest single from LA-based artist Teenage Priest, transports me to the early days of young love. The incessant guitar riff I find myself humming along to sounds like the nervous, excited energy that comes along with first getting to know someone. Taylor Van Ginkel is the name behind Teenage Priest and the female voice that accompanies him is that of his girlfriend, Erin Kim. The playful nature of their two voices evoke a feeling of infatuation, which makes it almost impossible to stop from smiling as they confess, “You make me feel so innocent / Even if I wasn't right / You make me feel so innocent / Being with you all the time.” This track helps to affirm my belief that the honeymoon phase really can be more than just a passing phase with the right person. 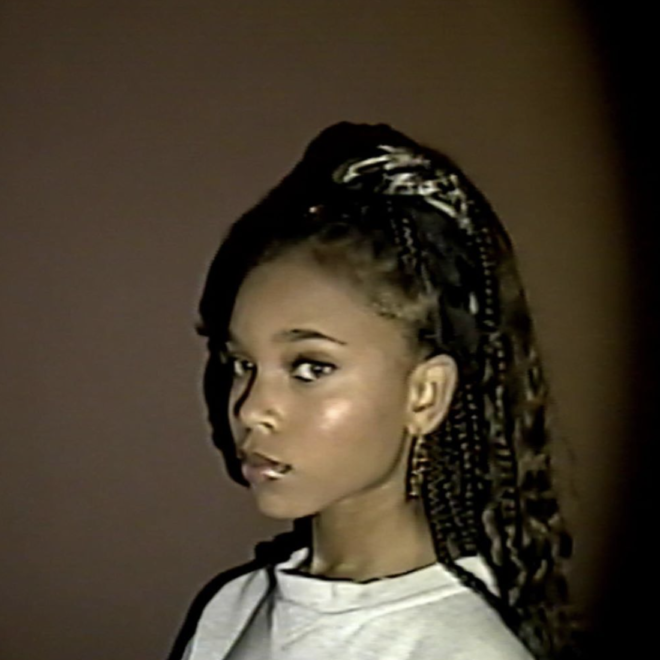 On “Twilight,” Tampa singer-songwriter Amaria takes an evening drift, on a vast and slow-bobbing wave of a groove, out to sea and back again. Just like with water and sky at night, the boundaries begin to feel blurred. In a liminal space like this, endings cease to exist. The day isn’t ending—the sun is taking reprieve. Or, in the case of “Twilight,” a relationship isn’t ending—it’s blurring into something new. There is a powerful human instinct to hold onto hope amongst confusion, and this isn’t the first song that’s been written about wanting bae to “fight through” to the other side of turmoil. But even beyond the lyrical themes, there is something timeless about the track’s vibe that’s hard to put your finger on. I swear I’ve heard Amaria’s subtle, smoky vocal runs before. Or is there a time machine somewhere in the snares? I close my eyes and keep looking. 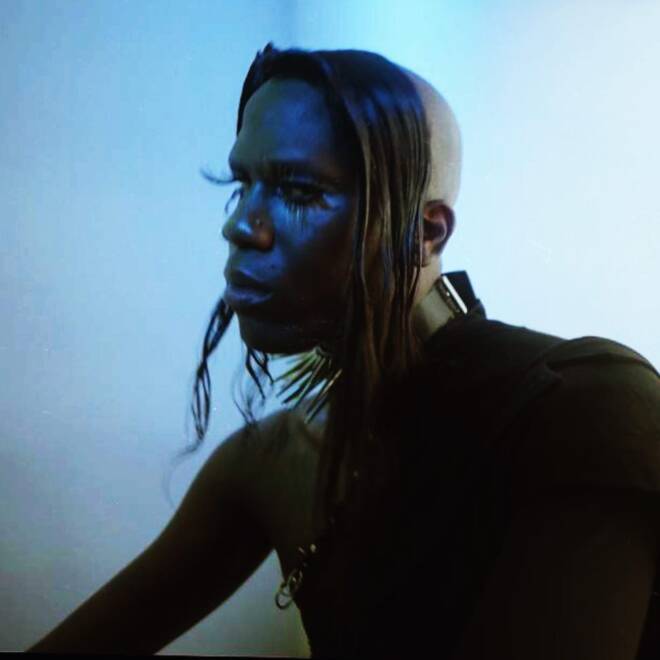 Those familiar with the multifaceted work of visual and musical artist Yves Tumor (aka Sean Bowie) know that their music appears to always be in constant metamorphosis. Despite often being described as ‘experimental’ for their boundary-pushing body of work, the enigmatic Miami-born artist bends genre beyond its edges. Their latest record, Heaven To A Tortured Mind is a platter of sonic delights lush with electronic textures, funky basslines, and shoegaze guitar riffs all against a glam-rock backdrop. "Strawberry Privilege" stands out as perhaps a bit quieter but still incredibly layered. Consistent with the rest of the album, the song works in themes of fame, love and relationships. In the track, Bowie’s soft, high-pitch voice beautifully merges with the heavenly backing vocals of Sunflower Bean’s Julia Cumming, both accompanied by a cool and steady bassline and simple drums, all adding up to a sound of haunting beauty. As the song becomes increasingly layered, elements that were easily identifiable begin to blend subconsciously and before you know it, you’re onto the next track. As someone so casually unconcerned with genre, Yves Tumor transcends musical identities at a time when identities can be both restraining as well as liberating. 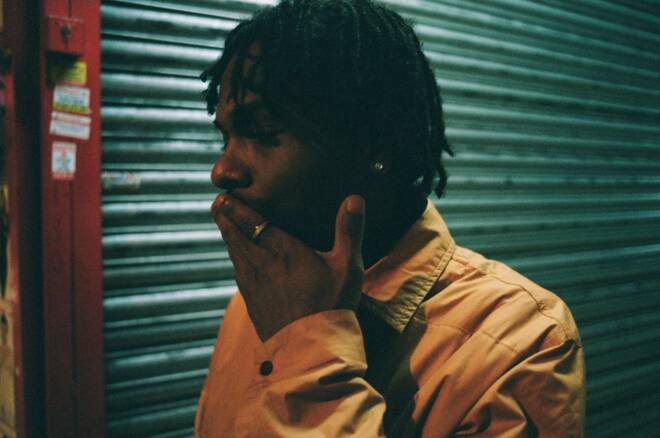 On his striking debut single “GLORY,” BERWYN folds into the shadowy depths of his mind and emerges with challenging memories, paradoxical truths, and magnificent hope. His calm spoken-word delivery and plaintive, woozy piano riffs are put together with such poise that you might not notice what’s happening at first. That almost silent crackle is the building of potential. What we know about the human heart is that it has openings, and that they are generally kept small to block the difficult things from entering. Perhaps, like me, today, you could feel that familiar shape in your chest before you heard “GLORY.” But now, since you pressed play, the openings have likely been unlatched: as much by the static energy of minimalist piano as by the earnest sharing of truth. And once the sung chorus comes in—"tastes like”—"tastes like”—"gloooryy”—I hope it swoops into your heart, like mine, inconspicuously, and resets something you didn’t know was buzzing for attention. 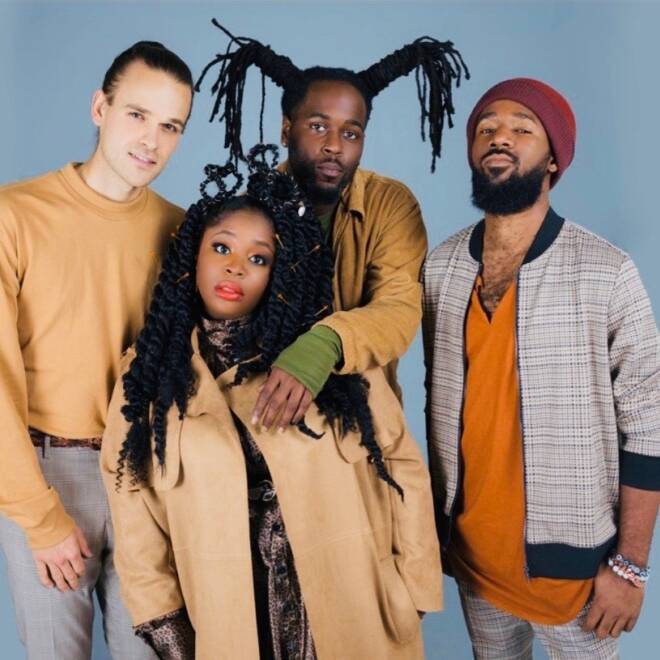 Tank and the Bangas - For André

For us mere mortals, it’s often satisfying to watch celebrities become starstruck over other celebrities. Remember Jennifer Lawrence’s not-so-subtle flirtations with Jack Nicholson on the red carpet before the 2013 Oscars? YouTube gold. Since exploding onto the national scene after winning NPR’s Tiny Desk Contest in 2017, Tank and the Bangas have rightfully earned their own superstar status. The New Orleans-based, GRAMMY-nominated group’s imaginative arrangements span multiple genres and have garnered widespread attention and respect. That’s why the band’s homage to André 3000, “For André,” is so delightful.

Long-time fan and powerhouse front vocalist, Tarriona "Tank" Ball and her bandmates wrote this song as a birthday gift to the iconic, influential artist. Ball, a gifted lyricist who has all the makings of becoming an international sensation all her own, uses her voice both as a powerful storytelling vehicle and musical instrument. In the song, she skillfully juxtaposes the two distinct mindsets of the protagonist. The rhythmic vocal melody in the verses depicts a starry-eyed fan’s excitable thoughts as she navigates through the crowd at an Outkast concert, hoping to meet her idol backstage. While pushing her way through “All these phony people / girls wanna get at you,” she drifts in and out of a dream-like state, as captured by the legato, melodic nature of the choruses. Her daydreams become a concert goer’s ultimate goal: to marry her celebrity crush. The only thing that would make this feel-good saga more satisfying would be to see André’s response to this lighthearted tribute. Someday, most certainly, some rising star will write their own homage, “For Tank.”